Acer Aspire S5: A Cut Above the Rest

As a blogger (and a career woman at the same time) having a laptop on hand is quite a necessity. Doing work-related reports at any given time, or updating a new post on the blog during lunch breaks can be done with much ease. But of course, more than the mobility a laptop gives, the size and the weight also matters. 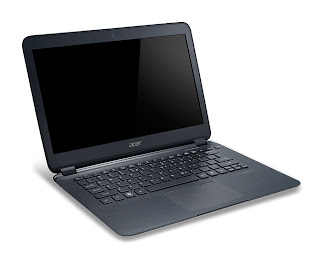 And for those people (students, workers alike) who are on the go like me, Acer brings out its new Ultrabook, the ASPIRE S5.
ACER ASPIRE  S5, now the world's thinnest Ultrabook brings lightning-fast speed and rock-solid performance in a beautiful, razor-thin package. It looks as beautiful as expected—and performs like no one ever imagined.
Created by the country's tech pioneer Acer.  Acer Aspire S5 marks a great leap forward for users who are looking for a computing device that, quite simply, is a cut above the rest.
More than having a razor thin frame (probably the thinnest Ive seen), it combines the power of a third-generation Intel® Core™ processor, the lightning-fast responsiveness of Acer Green Instant On, the smart performance of the new MagicFlip I/O port panel, and the seamless connectivity of the Acer Always Connect. 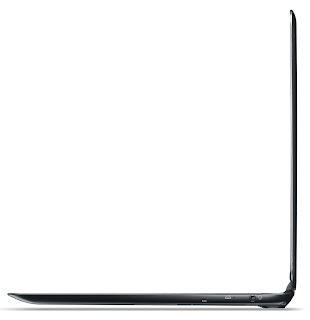 11 mm thin and 1.3 kg light, the Aspire S5 givess a new experience in mobile computing—for the always on demand and on the go. Looks wise,  aluminum/magnesium alloy chassis showcases not attention to detail, but also focuses on strentgth. Fluid curves, exquisite detailing, and multiple aluminum textures gives a touch of elegance; the aerodynamics-inspired design elements and onyx-black clamshell shape, shows that other than the sleek design, its also shows enhanced thermal efficiency.

The Acer Aspire S5, being the world's thinnest Ultrabook, is made up of 13.3-inch LED-backlit screen, HD of 1366 by 768 resolution (16:9 aspect ratio) and comes with the professionally-tuned Dolby® Home Theater® v4 audio suite. Which will give any user a wonderful visual and listening experience. Powered with a lightweight, lithium-polymer battery that is custom-shaped to fit the chassis and engineered to last up to 6.5 hours on a single charge.
Also built in is the brilliant MagicFlip I/O port panel, concealed just below the hinge, which—with one press of the MagicFlip key—activates a selection of data ports that includes HDMI™ (with HDCP support), SuperSpeed USB 3.0 (with 10 times the data transfer speeds of the previous-generation USB 2.0), and the ultra-fast Thunderbolt™ I/O. A first in Acer's series of Ultrabooks, the MagicFlip I/O port panel offers unprecedented expansion possibilities—enabling users to transfer, say, a full HD movie in less than 30 seconds, or back up more than 8,000 hours of music in just a little over 10 minutes.

Apart from being extremely fast, the Aspire S5 is also extremely agile: another hallmark property of what is set to become the ultimate everyday notebook. Thanks to the computing power of a third-generation Intel® Core™ processor, integrated Intel® HD Graphics 4000 (with support for Microsoft® DirectX® 11), and 128GB of RAID 0r SSD storage, the Ultrabook handles everything—from the simplest daily tasks to the most data-intensive applications—with incredible speed and ease.
With the Aspire S5, users can create and edit documents 3.97 times faster, open and view files 5.29 times faster, and edit videos 2.57 times faster. Acer's Green Instant On technology, meanwhile, allows the computer to resume from sleep in less than 1.5 seconds, as well as restore data and remain on standby for up to 80 days without restarting, shutting down, or charging. The Ultrabook is also equipped with the Acer Always Connect feature, which is designed to deliver Internet connectivity speed of up to 4 times faster than that of traditional notebook computers, while automatically updating Web-based applications like Internet Explorer and Microsoft® Outlook. Just to make sure that the Aspire S5 doesn't end up in the wrong hands, a security and protection tool called Acer Theft Shield sends a message and sounds off an alarm whenever an unidentified person attempts to move the notebook.
These premium features in Acer's newest Ultrabook showcase the future of tech design and innovation—a future ready to be explored and experienced today. The Acer Aspire S5 is indeed a cut above the rest, bringing lightning-fast speed and rock-solid performance in a beautiful, razor-thin package.