First Time, First Day at The Bazaar For All Season

Being part of the Bazaar for All Season was something unbelievable. I never thought that I'll be part of a bazaar where I'll be selling my preloved clothes (and a lot more) in a bazaar whereas I used to visit booths of my favorite bloggers on other bazaars. I know I'm jusstarting this post but I'm extending my many thank you to the organizers and Kat Valdez for this opporunity.

The Bargain Doll booth, shared with Arnie Villanueva's Raid My Closet was just an ordinary booth early in the morning (when a lot of people swarmed on my clothes cause I was selling them for P100 & below) until my good friend, Bev Jiongco, owner and baker of The Pastry Project arrived and brought this goodies on booth #4. And how appropriate the cupcakes are -- the toppers have my blog logo, Bazaaar for All Season Logo and everything cute and nice. And all these heavenly goodies were sold for just P40.

The Bargain Doll on cupcakes. So cute. (If you want to have personalized cpcakesm put your blog logo or anything you want, visit The Pastry Project's facebook page here.

But wait, more than the cupcakes, the next best thing that happened during the first day of the bazaar was our photoshoot with Niche. it happened minutes after we all made our outfit shots when we, the camera loving people decided to play around with Paxie's camera and pose as Niche took our photos in the artsiest way ever.. 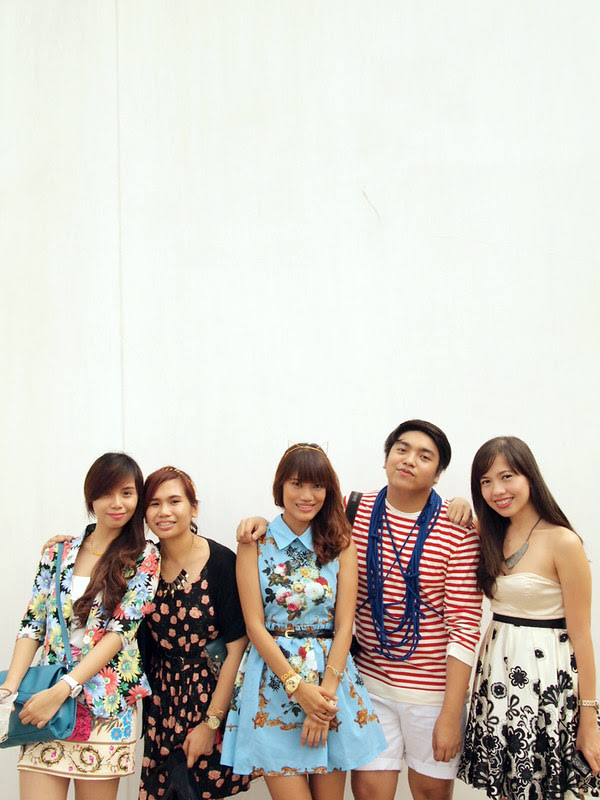 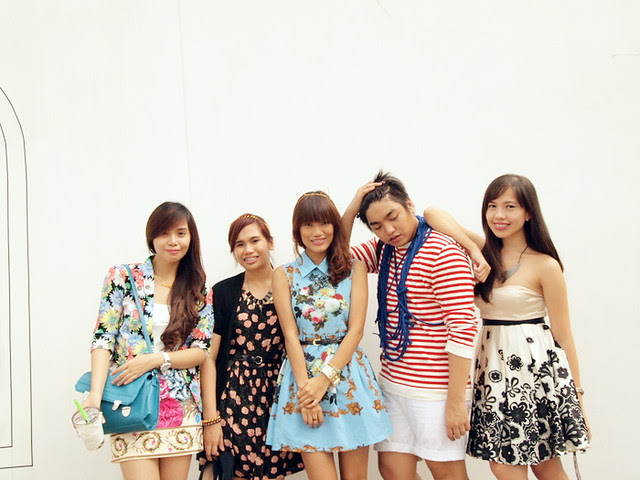 And then I don't know what crossed our mind and we decided to pay around and tangled ourselves with Kelly's Simonefashioncloset's cobweb necklace.Medryo Dr. Quack Quack lang ang peg? 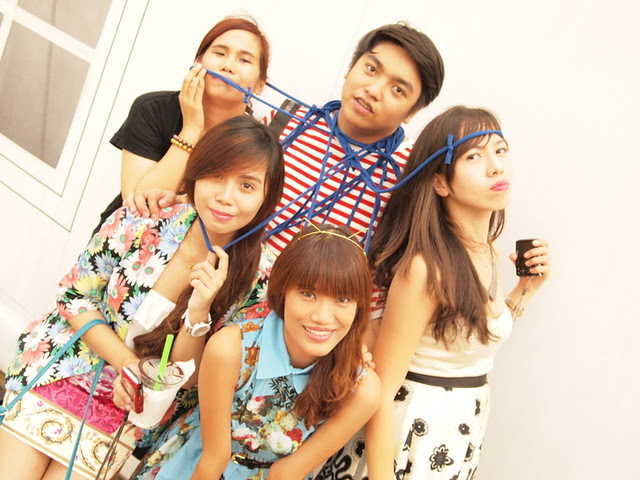 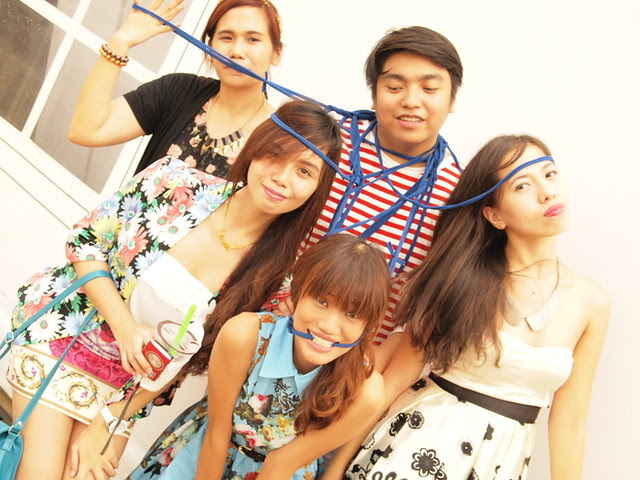 Haha so cute! :) I wish I have more cobwebs for me to play with.

Pero that's not just the fun part. The greatest part was when Kelly lipsynched a performance and danced as if its his concert. 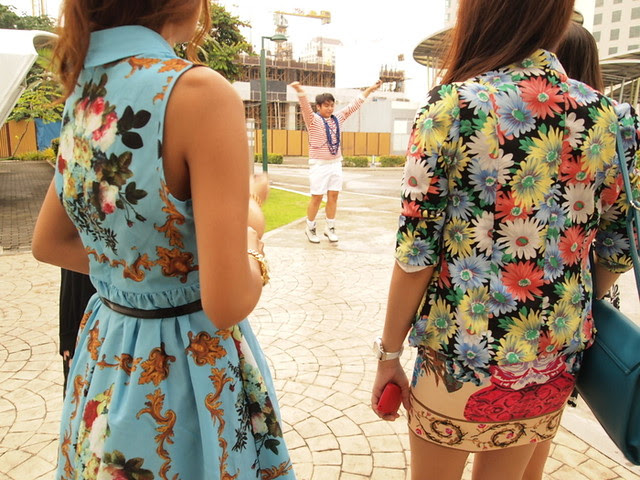 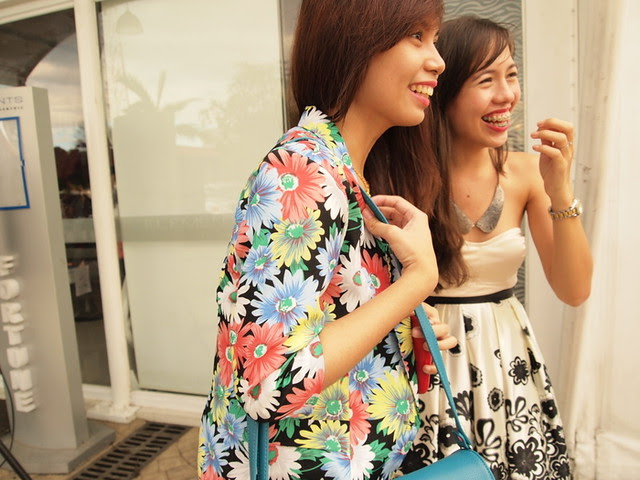 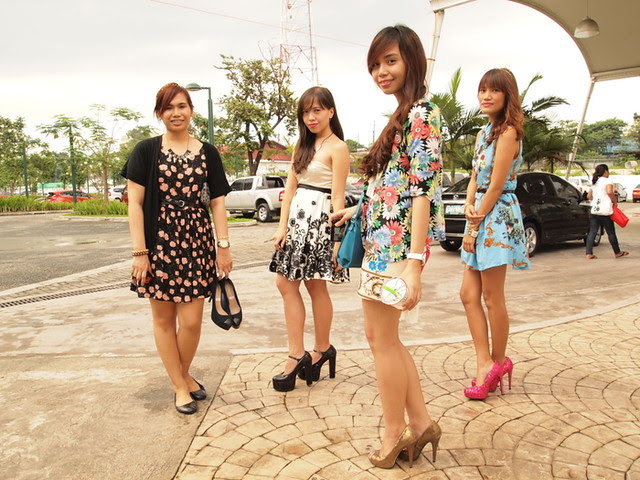 It was prints day for us girlsand even if it wasn't planned seemed like (just like what Arnie said on her post) we all have brilliant minds and we think alike. Naks.

Again super thanks Niche and Pax for the photos, and  Bev Jiongco for letting me use your photos. I still have so many photos stored on my camera's SD card and since  the laptop that I am using does not have a reader, I'll post it on the coming days.

But biggest thanks to MY MOM for accompanying me WHOLE day from 10am-8pm. YOU ARE THE GREATEST :)

Guys, thanks for dropping by my booth. Til our next bazaar! Gotta go now! Have a trip to Baguio tomorrow for work :)

Frances said…
Where did you buy your dress? It's really pretty :)

Julie Ann Lozada said…
aww, sayang di ako naka punta, i was in a motor accident a couple of days ago, my left leg has a big wound. :( i really wanted to buy stuff from your booth talaga!

ChrisAir Abenes said…
wow mga fashionista, you're all beautiful and the cupcake is awesome
6.11.12

Franc Ramon said…
Congrats on your Bazaar and the cupcakes would really be a nice giveaway.
6.11.12