She's Got You High

She's got you high but you don't even know yet. 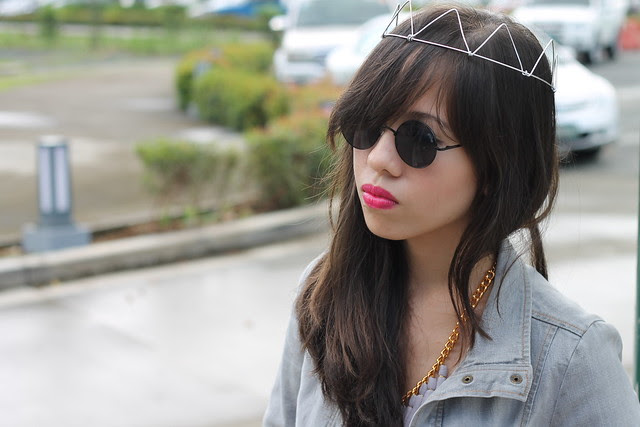 This song grew on me the first time I heard on on 99.5 RT a couple of weeks back. I love its catchy feel that it kept playing on my head for several days now. I have probably heard it the first time on 100 Days of Summer (which is one of my ulitmate favorites) and it gives me that chill everytime I hear it. Weird but this same song registered to my head the moment I saw these photos Kelly Medina took of me duirng the second day of the Bazaar for All Season. 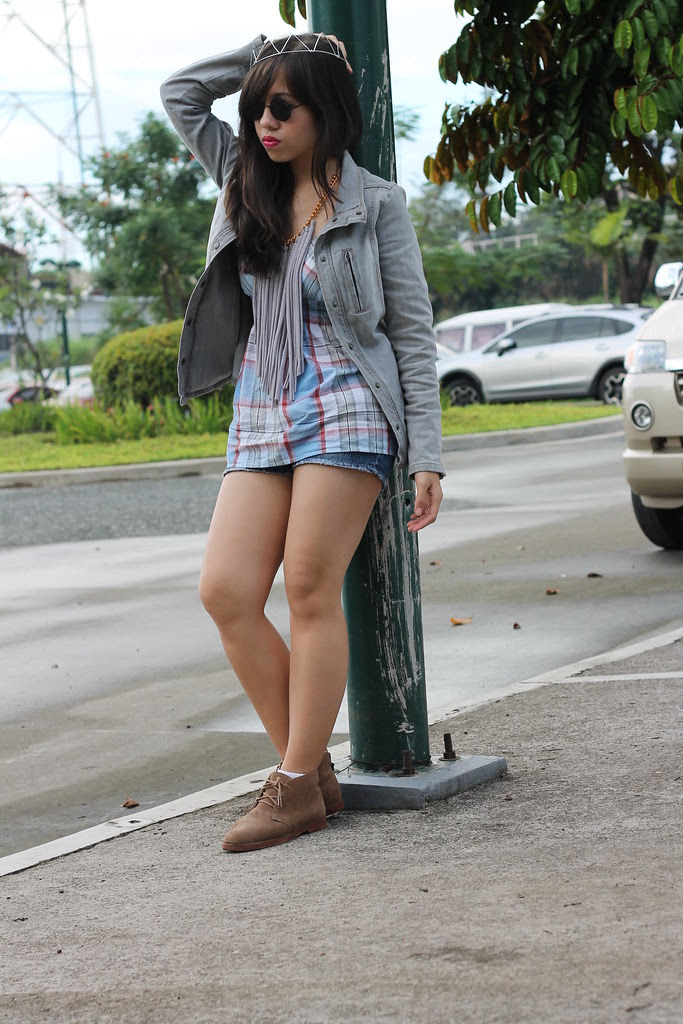 It could be Anagon's wired crown headpiece that gave me that feeling of being high -- of being a royalty. I have always admired Anagon, or Ana Gonzales for being able to customize wires and turn them into something amazing and remarkable. Take for instance this crown headpiece, that will give you and instant feeling that you stand out from the crowd cause you're wearing something that is. Like what it did to my supposedly laidback outfit to a cool hipster look. 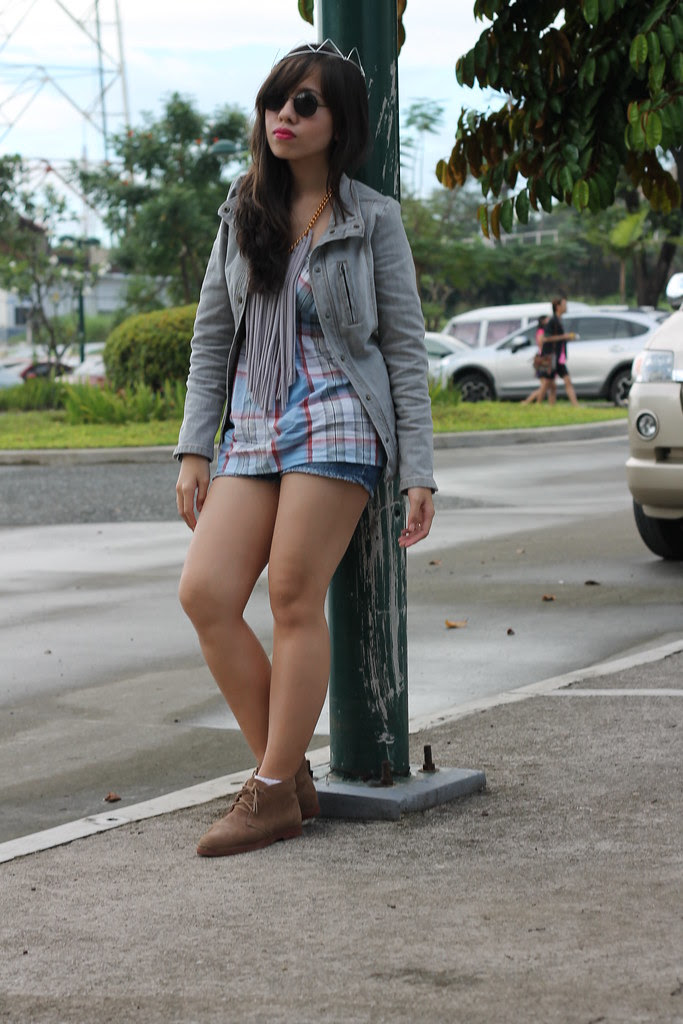 Aside from the crown, I was also wearing a John-Lennon inspired Anagon Collection shade that made my look entirely hipsterly (I don't know if there is such a term as hipterly but I cannot think of any word to describe my outfit). I have been meaning to own or wear a this kind of shades but was always weary that it will make my face look bigger. However, because (most of us) arrived wearing denim and boots,  I cannot deny that it made my look a lot more striking than it should be. 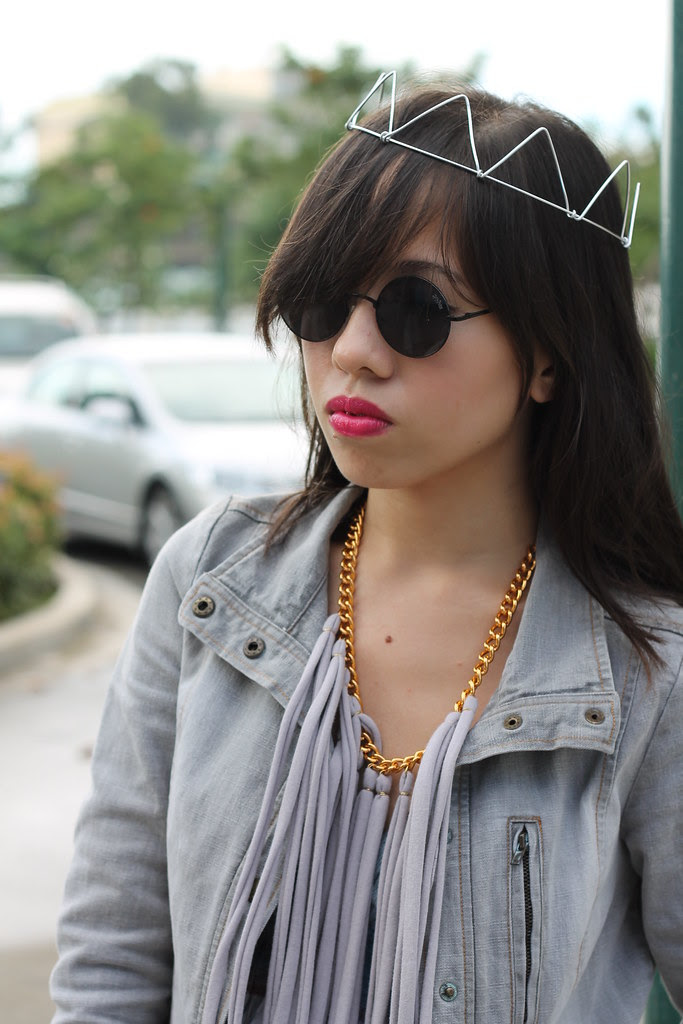 Also, I never thought I'd be wearing shirt necklaces but SimoneFashionCloset is definitely something I cannot resist. It's such a statement piece that can make or break an outfit. In this case, it did make my outfit. 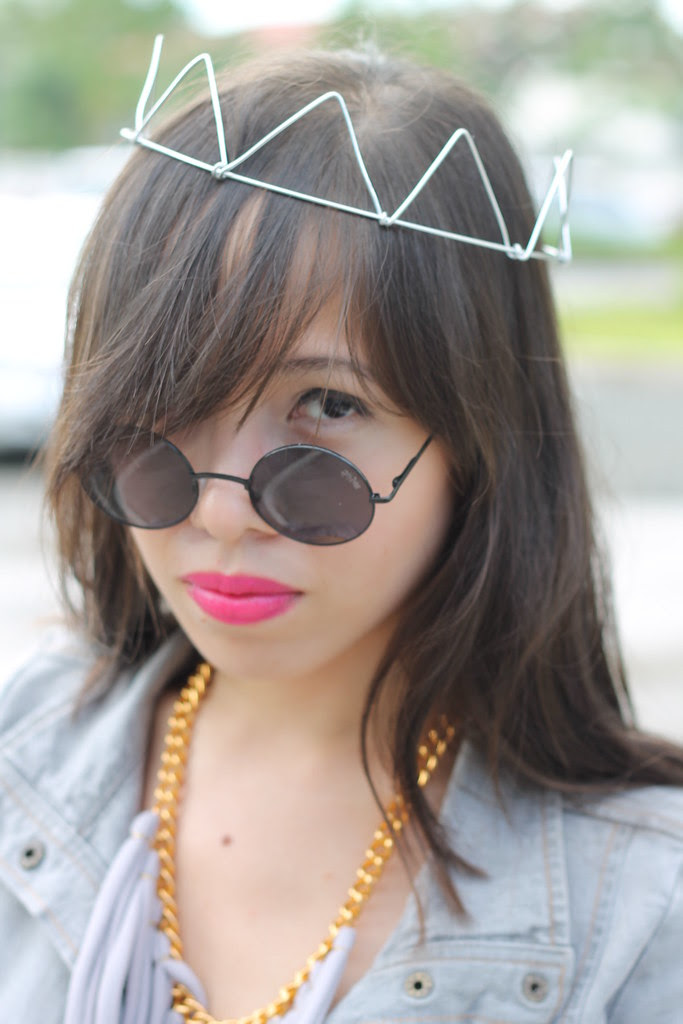 Funny how I survived an outfit wearing clothes that were given or hand me down. Lucky for me, my cousin, Aivee gave birth a year ago and a number of her clothes wont fit her anymore so she gave (or I took) it to and tada, I have bagong lumang clothes. Haha. And for those asking, The boots are my mom's and they're super old. Its from Bass and its actually more than a decade old. I'm glad I have found it and now I'm owning it already. Haha

Thanks again Kelly for the photos :)

AVA TE said…
Loving the edgy look and the crown!:) Reminds of "the wild ones" only yours looks fasssyon! hehe. Love the song too!
13.11.12

Kristine Bulatao said…
Love the denim jacket! By the way, I love that movie from where the song is. :)

Arm candies and fashion get up for less?
Visit http://www.facebook.com/GreenBerriesOnline now!
:)
13.11.12