I obviously had a lack of better title for this post so I decided to just put the song I'm LSSing into. This set of outfit photos looked happier (in my opinion) than my usual shots probably because it was taken during my birthday weekend. If you have been reading instagrm or twitter, its no news for you that the fiance and I went last weekend at Holiday Inn Clark, used his priority rewards points and availed a free overnight stay. Probably due to that sweet, celebratory feel, I was a little giddy, and dressed up in a happier, print-on-print outfit. 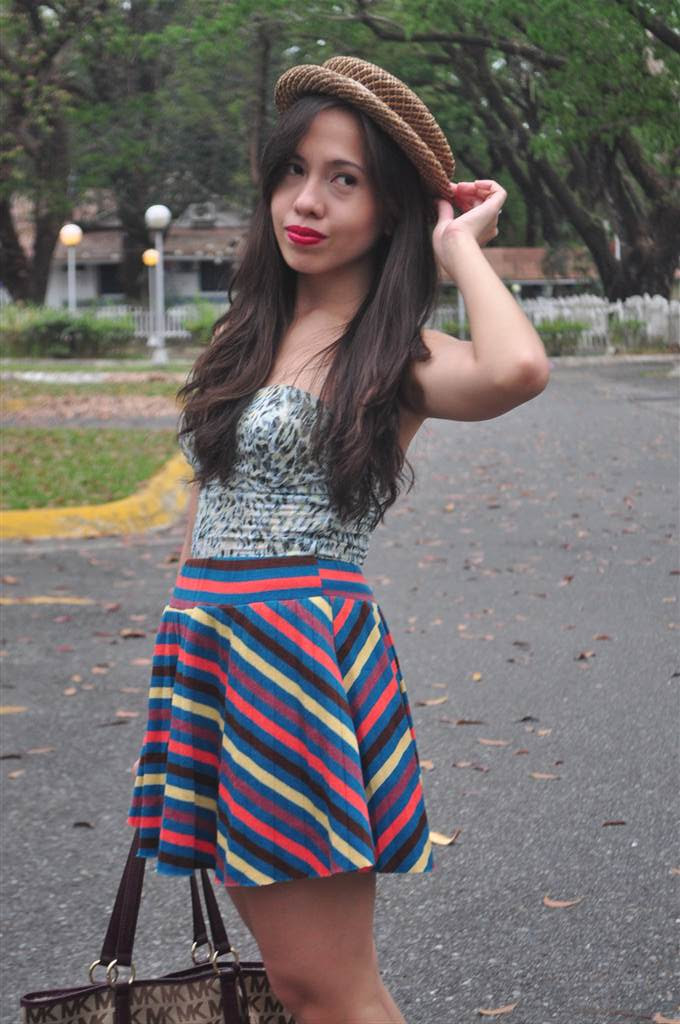 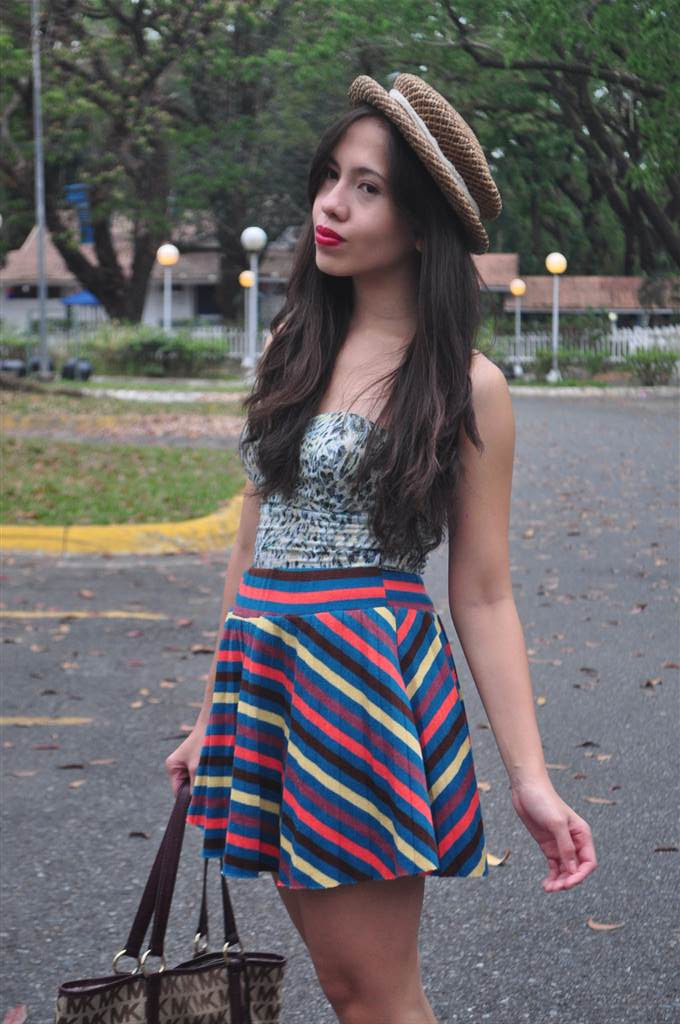 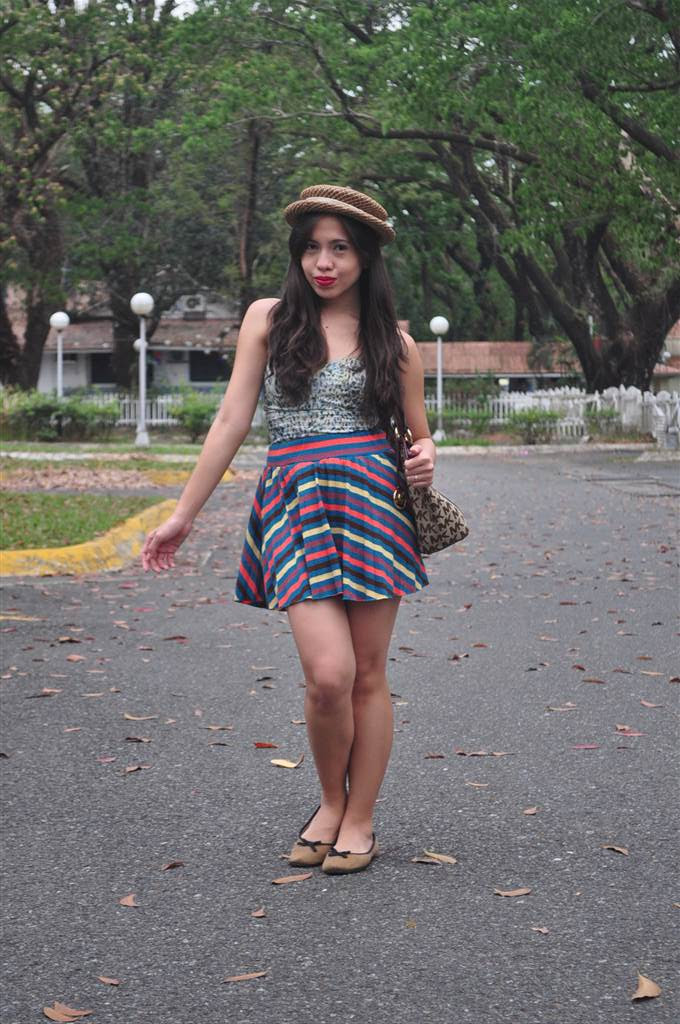 I never thought that stripes and animal print could actually go along but it was until after these shots I realized that it can. Luckily the colors complemented each other well hence making the contrast wearable. I don't know if I have blogged about the skirt, but I actually bought this during the Bazaar for All Season at Raiza Poquiz (Miss Popquiz') booth. I still feel I got a great steal for getting this at only P50! Thank you Raiza! 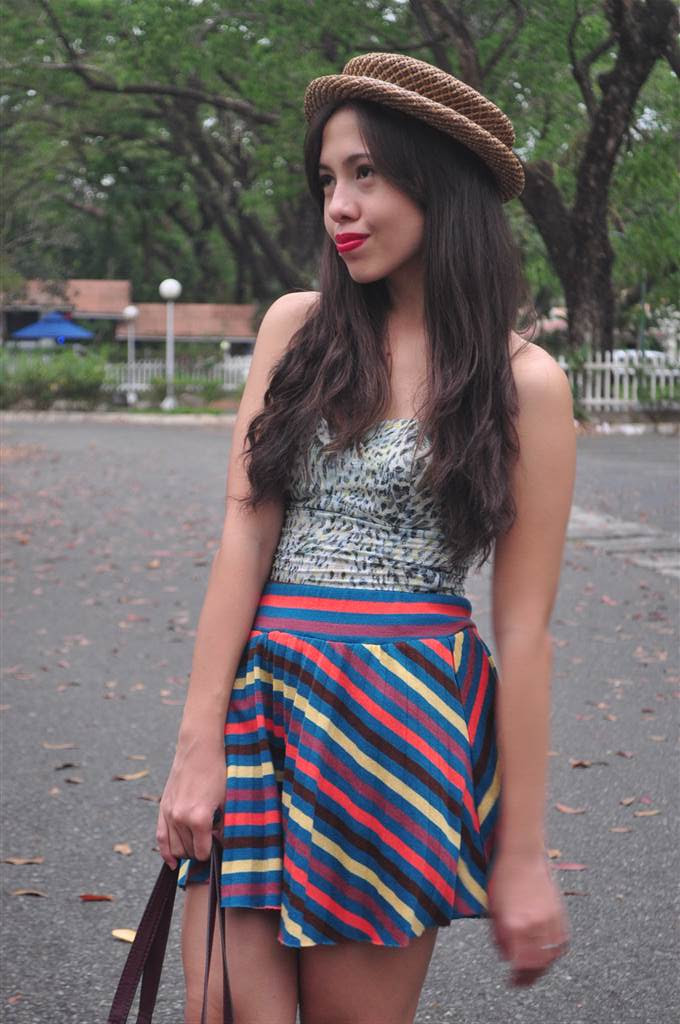 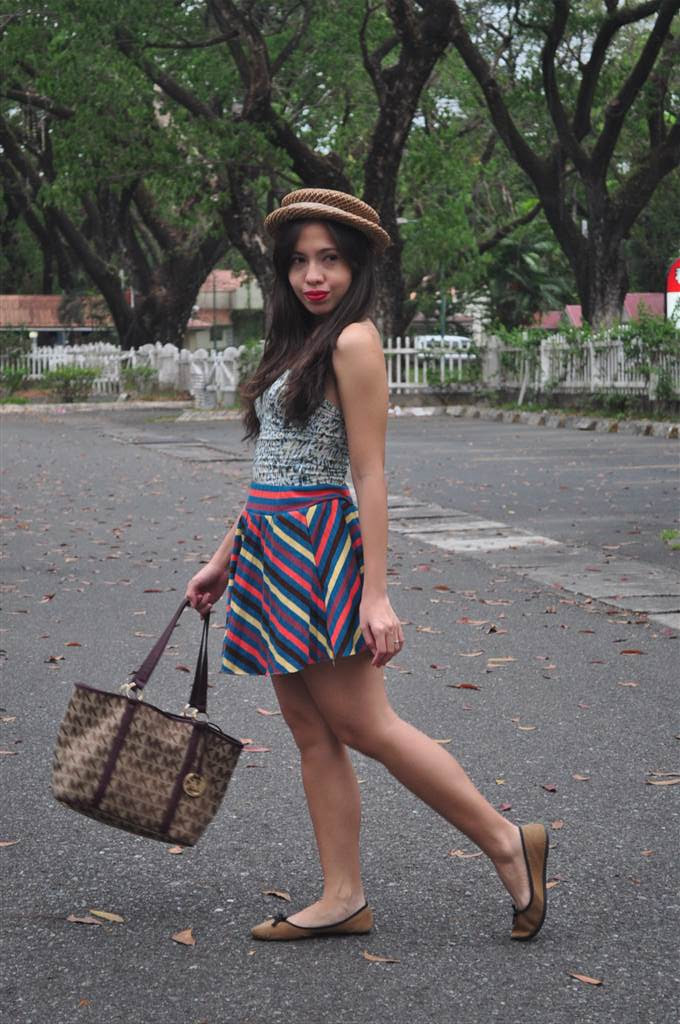 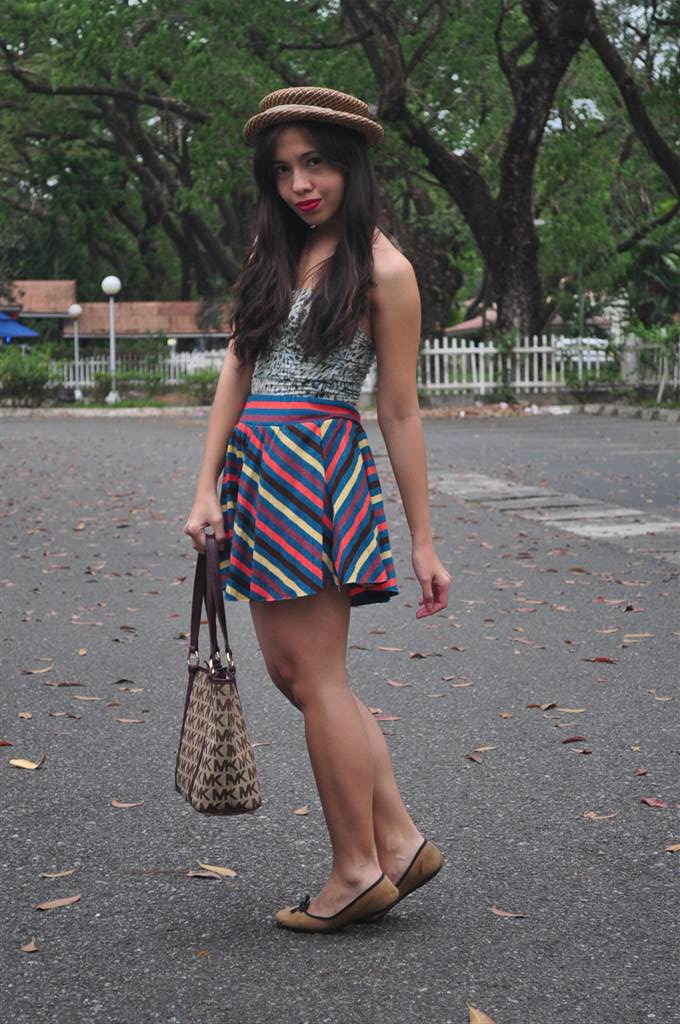 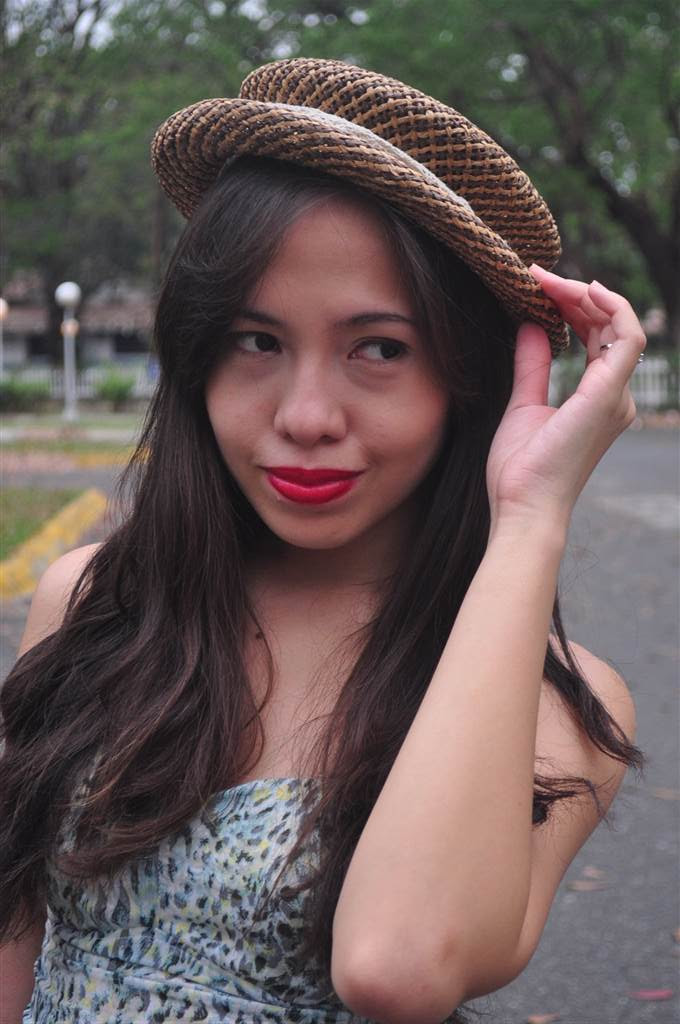 I did a little tiptoe-ing to add a little height and in case you wonder why I'm fond of this side-view pose, it is because I believe that this angle makes me slimmer and makes my nose look a little pointed.
Would you agree? 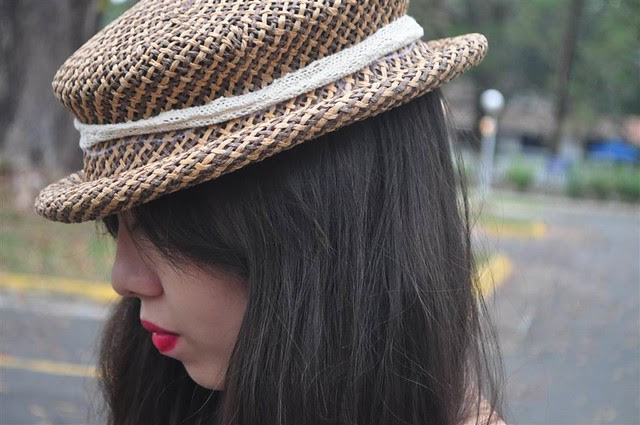 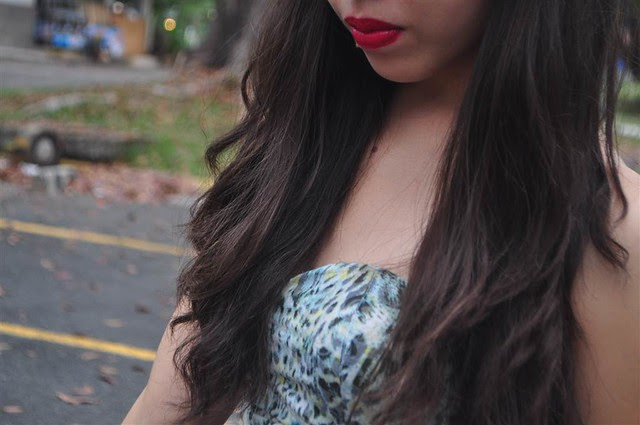 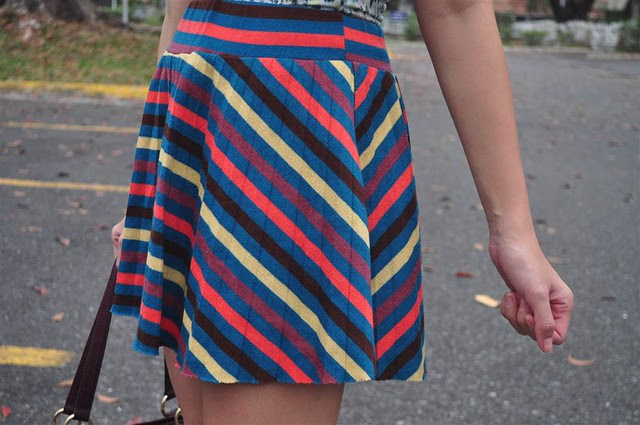 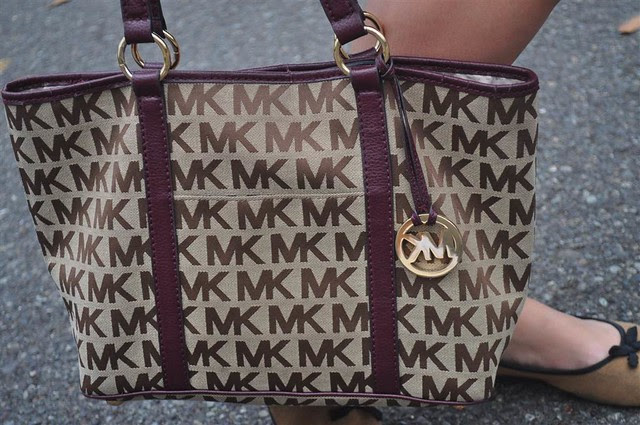 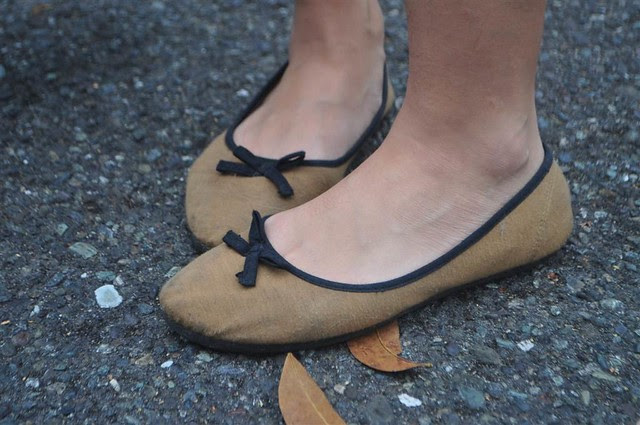 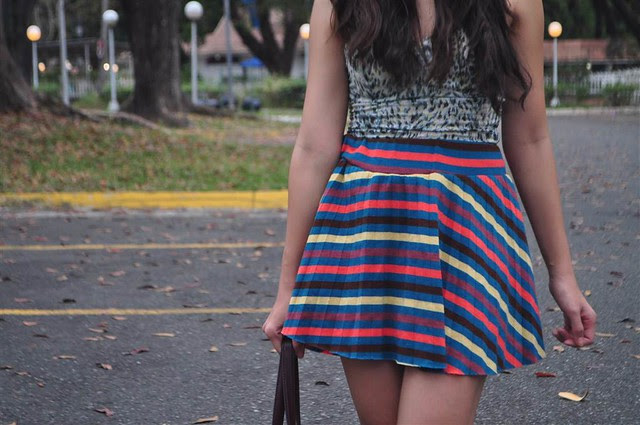 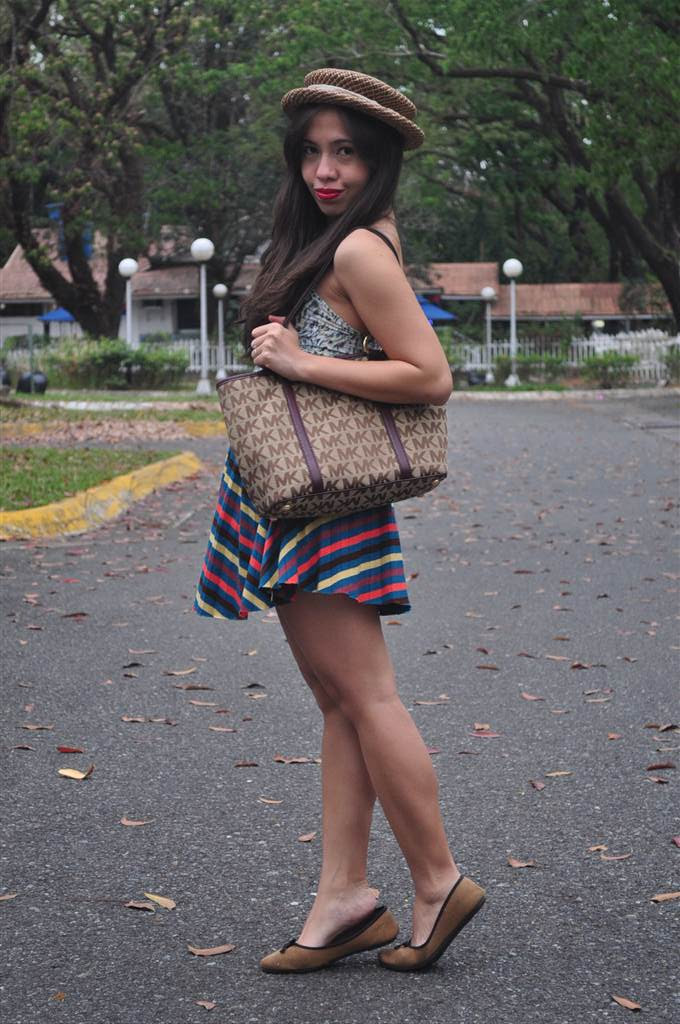 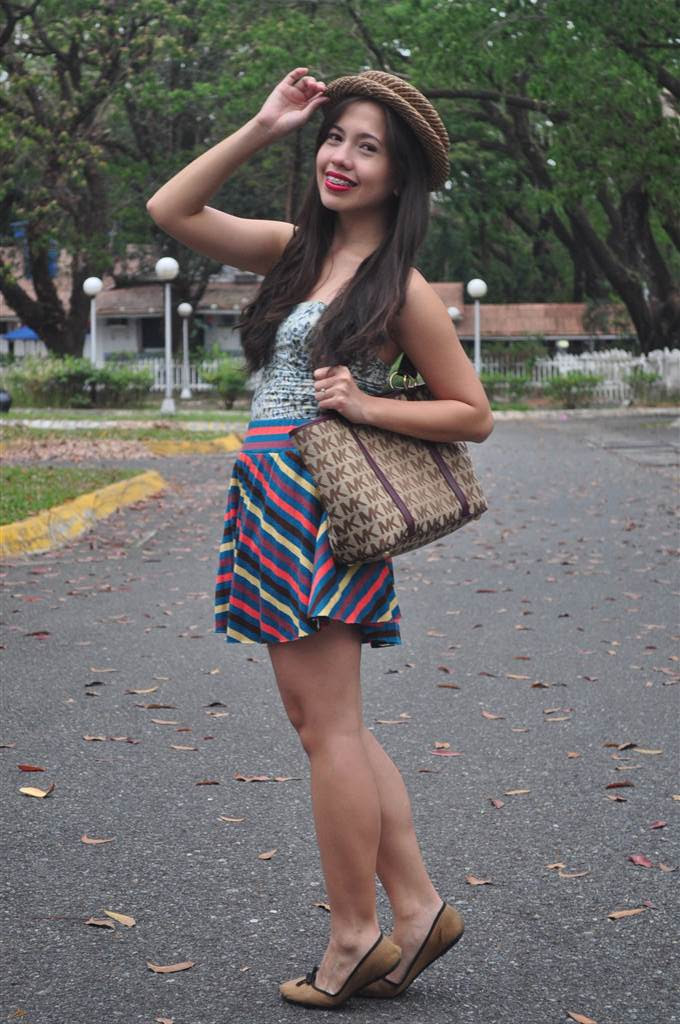 As always, never to end the post without at least one smiling photo! :)
How I wish I could smile without the braces! 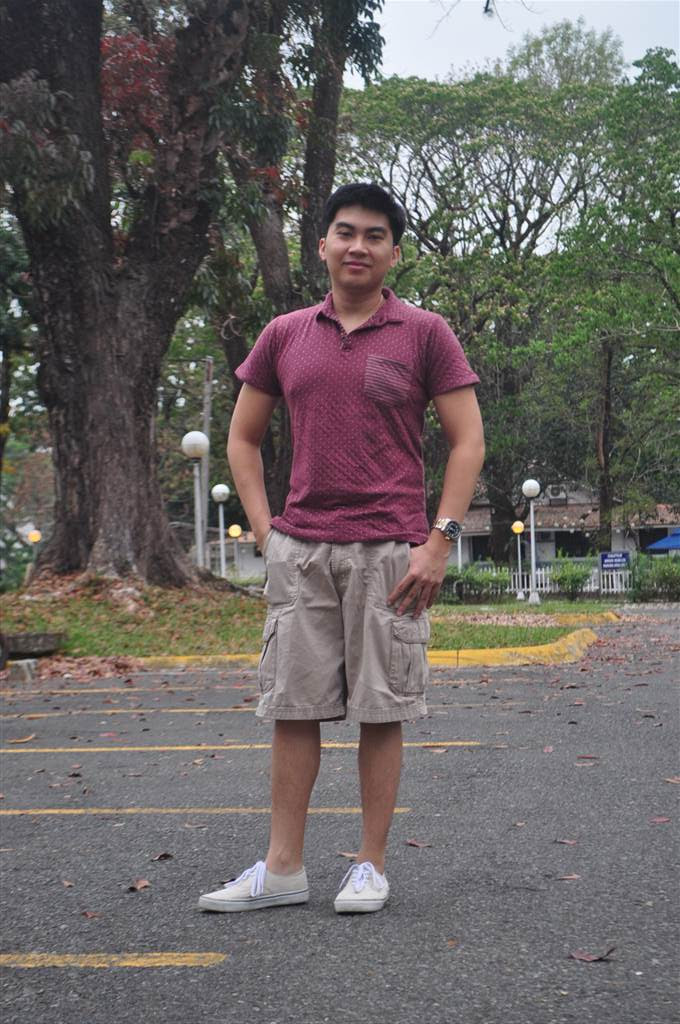 Since today we just celebrated ooir 102th monthsary with our usual date -- movie, dinner, shopping and yogurt let me again share you my fiance's outfit that weekend. 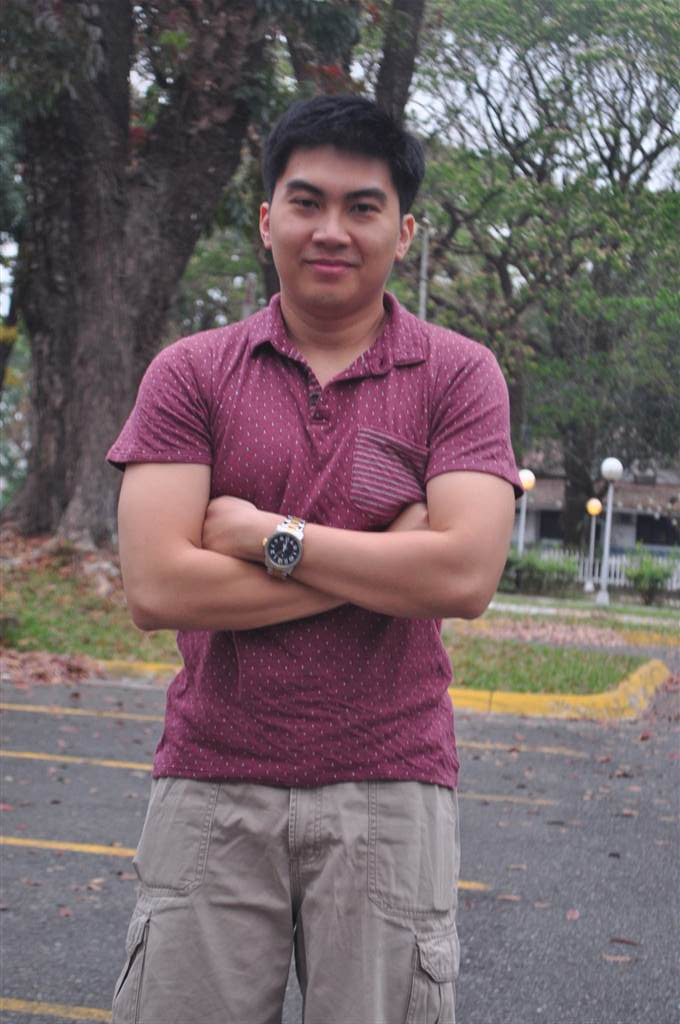 He might not admit it, but he is enjoying having OOTDs too! Haha

Anyway, gotta go now as I need to drift and have a weekend work tomorrow :D
Have a great Sunday guys!
Much Love
The Bargain Doll

Pretty Ugly said…
You look adorable, and your fiance too. I never would have thought animal prints and stripes would go well together but you definitely pulled off the combo.
17.3.13

Mary jane Tauyan Fitzsimmons said…
wow! to be honest i am loving this simple looks on you dear. more satisfyng on my eyes and look effortless but so amazing. Love the animal prints too! xx
17.3.13

Franc Ramon said…
You just look pretty and elegant without much effort. I also frequent the Mimosa compound.
17.3.13

Earth Rullan said…
I think the hubby likes having his OOTD too :) Shinny happy people indeed :)
17.3.13

michymichymoo said…
I used to have the same flats before kaso madaling masira sa kin. hahaha! I think I'm a lousy shoe owner.
18.3.13

Rovie Divinagracia said…
thanks! yes i remember your blog post on that area recently :D
19.3.13