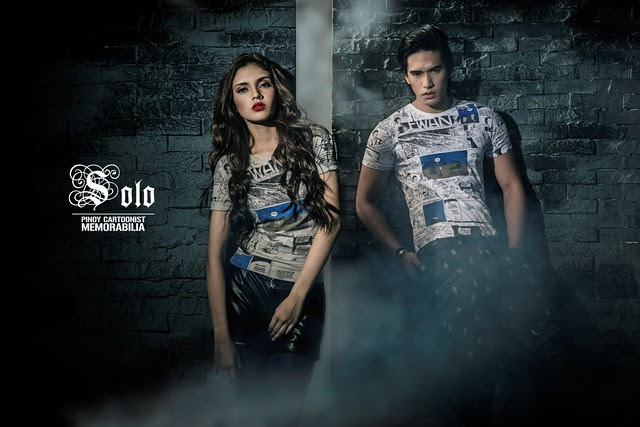 Solo’s back with another exciting collection for its 4th year of Pinoy Cartoonist Memorabilia! This time Manix Abrera has joined the wave of well-acclaimed cartoon artists we pay homage to for Solo’s upcoming comic based collection. Following the success of the first three highly praised collections comes Manix’s Kikomachine, a hilarious comic depicting an average Pinoy’s everyday lifestyle and experiences, featuring a bunch of nameless University kids as main characters. The collection consists of men and women’s casual wear composing of tees, collared tops and shorts, all decked with graphic images of humorously drawn characters and eccentric comic strip scenes from Kikomachine. 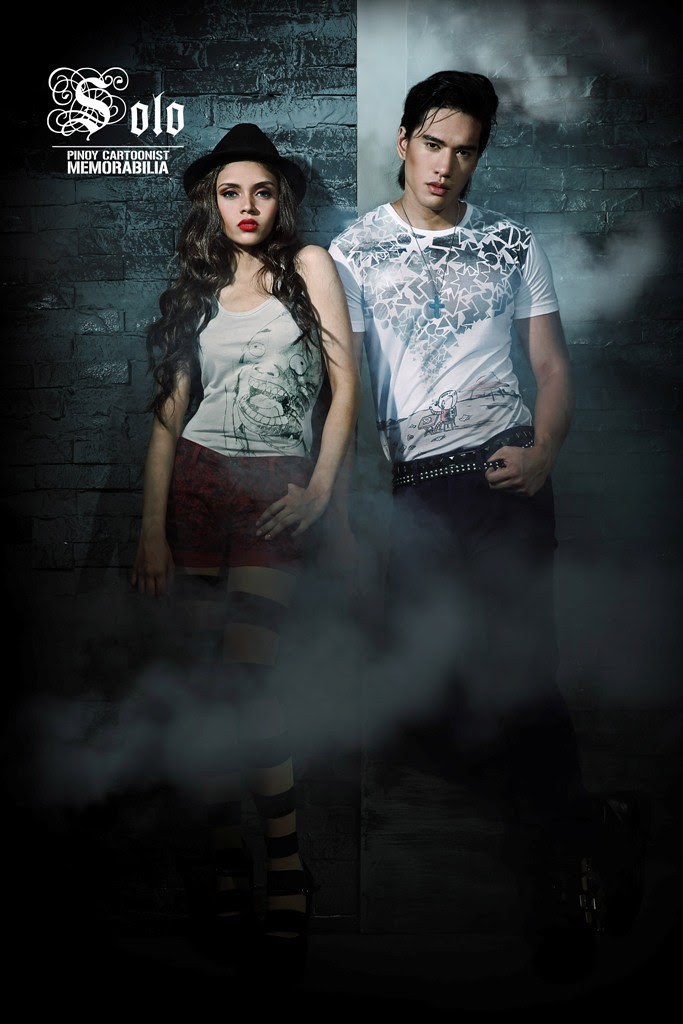 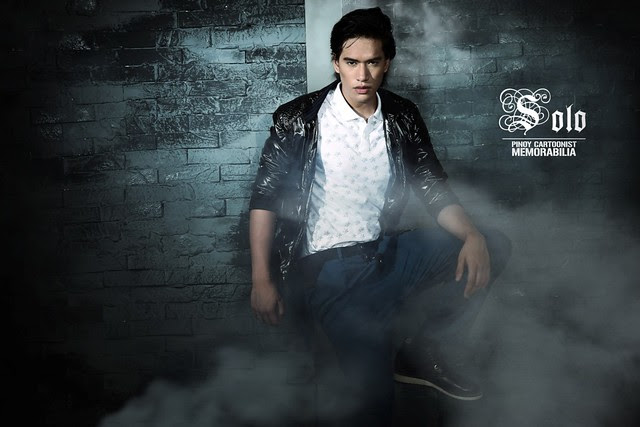 It won’t matter if you’re already an avid reader of Kikomachine or if you’re just starting to get familiar with it because the collection’s prints are eye-catching and fun, definitely something that everyone can enjoy! Wear them anywhere for that casual, upbeat look and put that Pinoy humor in fashion. Get set for another whimsical and trendy fashion break as Manix Abrera’s Kikomachine collection is set to hit Solo stores this August! 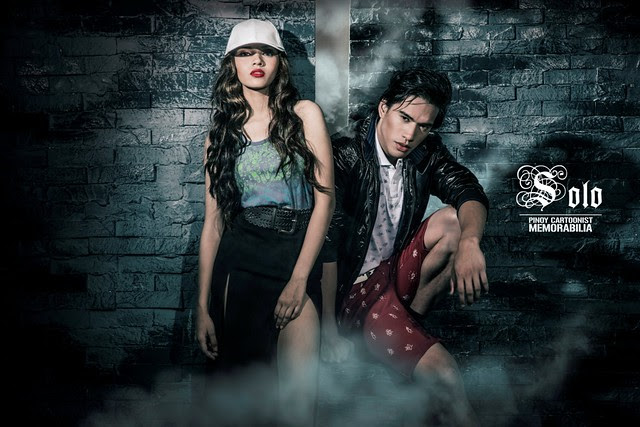 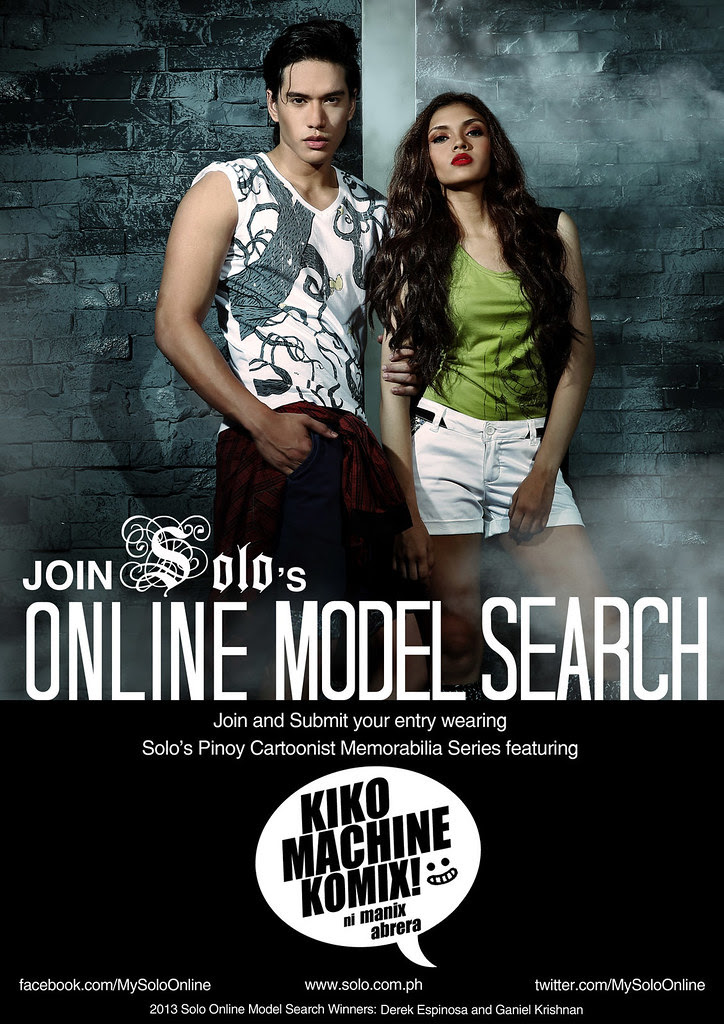 So do you think you have what it takes to be the next face of Solo? Let your inner model shine and join the Online Model Search 2013! For complete mechanics, please log on to solo.com.ph or like our Facebook page facebook.com/mysoloonline. You may also follow us on Twitter and Instagram @MySoloOnline.
Labels: KIKOMACHINE Model Search solo