In as much as we want to tour each and every part of Melbourne, bringing Leon around actually slowed us down. On our second day in Melby (3rd day in Australia technically) we woke up VERY VERY LATE -- like lunchtime late. We were probably exhausted from flying for the first couple of days that our bodies caught up from our lack of sleep. Instead, we skipped the Great Ocean tour (which I regret badly) and went on touring Melbourne City on our own. Did I mention that we were not able to bring a stroller for Leon? Yes. I had to carry and chase him around while we walk the beautiful streets of the city. It was super exhausting, but every back ache and muscle pain was worth it. 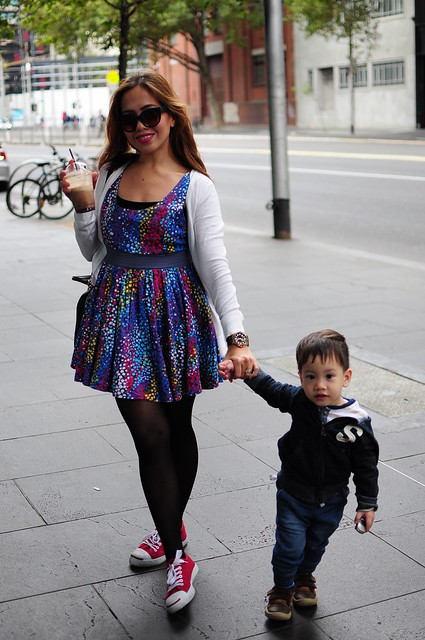 After grabbing our late brunch at a nearby coffee shop along the Spencer outlet, (the coffee game in Australia is so on point!!)  we hopped to the Free tram ride to take us to Melbourne's famous Federation Square. Yes you read it right, tram ride is free in the CBD and you would endlessly wish we have the same service in the country. We first went to Batman park for some seagull chasing and picture taking then hopped on the vintage looking tram (#35) that took us to Federation Square. 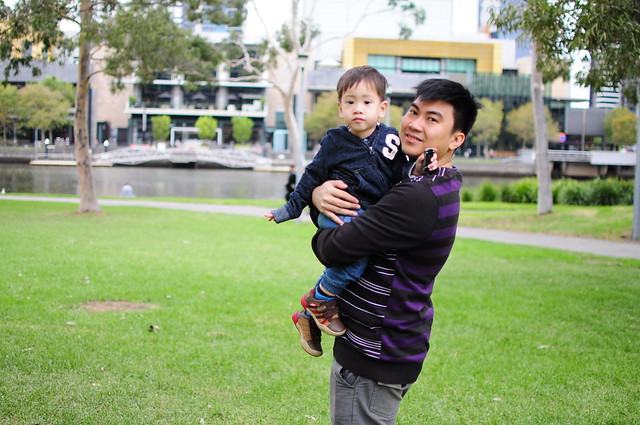 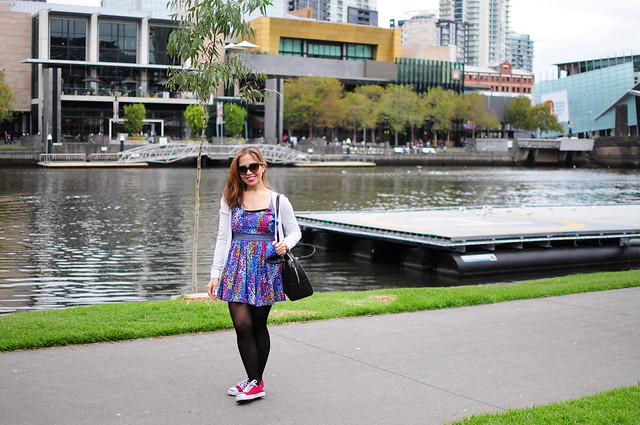 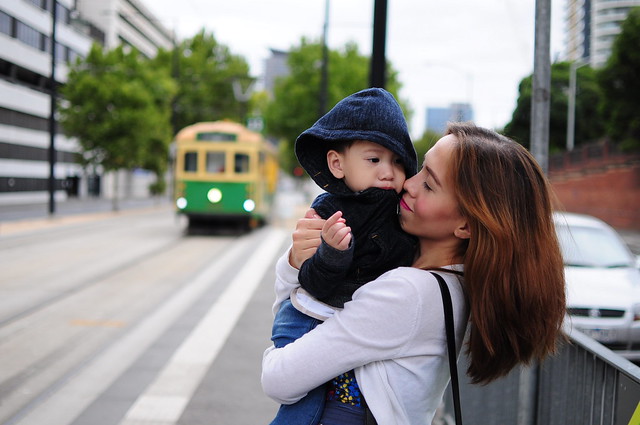 The Flinders train station was the first sight that welcomed us upon arriving at Federation Square. I ws immensely impressed on how the city looked and felt like Milan with a touch of New York. From the Square, the St. Peter's Basilica provided a view for us tourists. We did tons of picture taking and had lunch at Il Pomo Italia where we went crazy over their food. We walked towards the Chinatown, the State Library afterwards, while Leon was busy chasing seagulls and randomly playing in between. 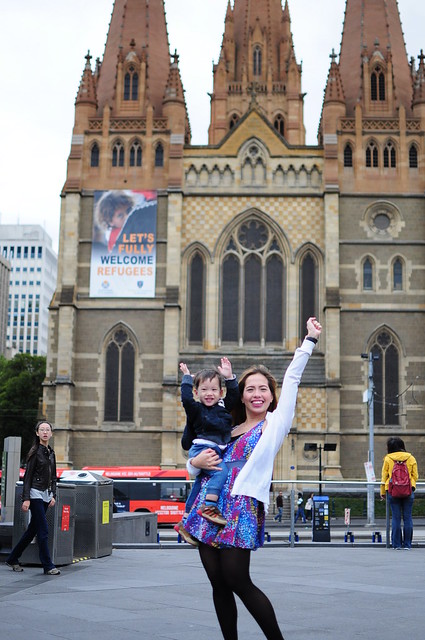 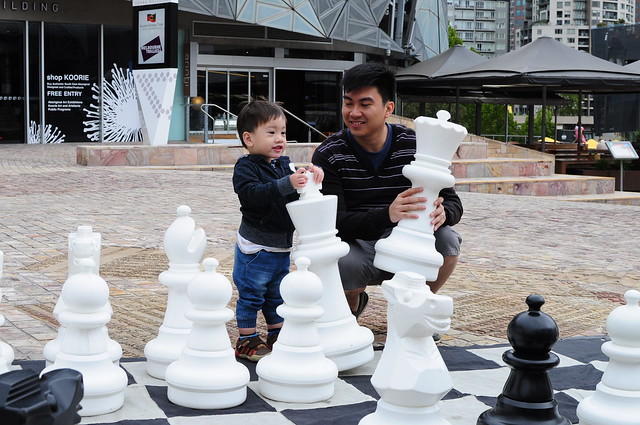 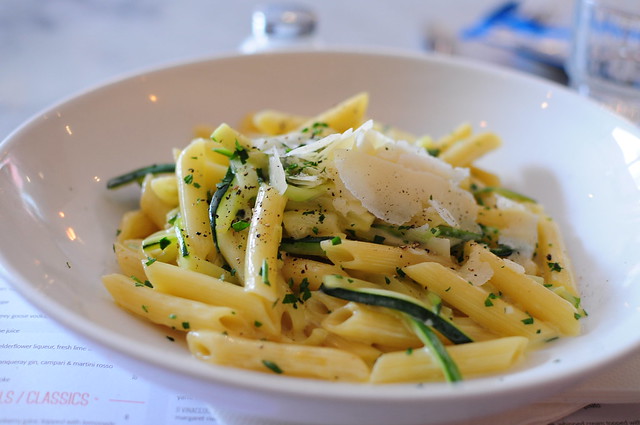 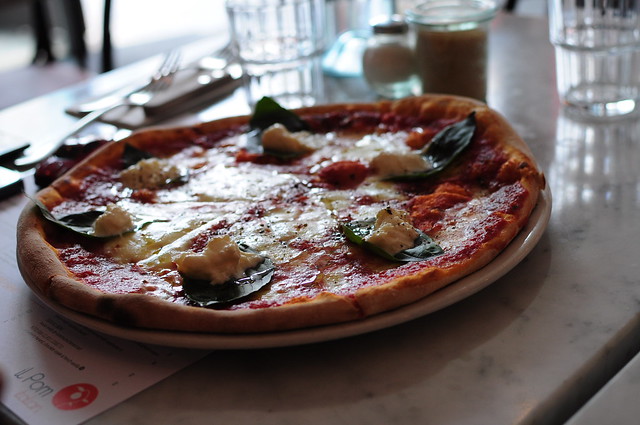 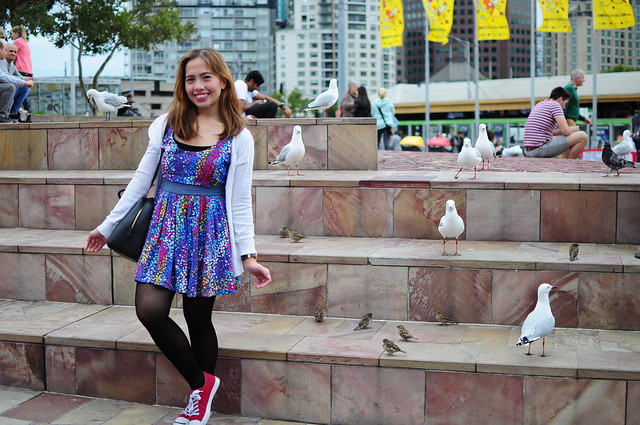 We found solace inside the National Library of Victoria, probably the best library I've seen yet. You can go inside, spend a day researching through the Ipads or books, wander on the galleries inside and bring your kids to the children area. The kids area was actually heaven for Leon as he went crazy writing and drawing things. It was like heaven to us. 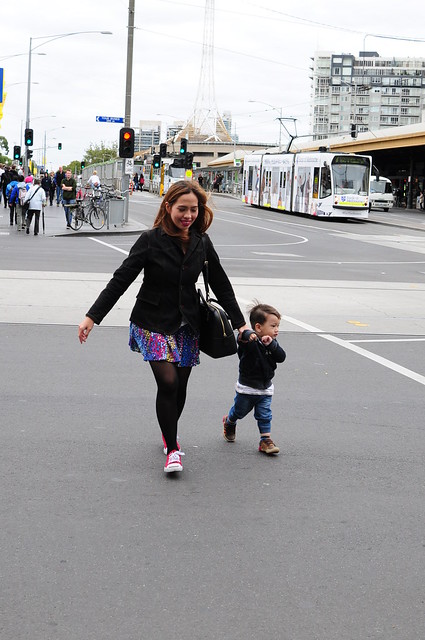 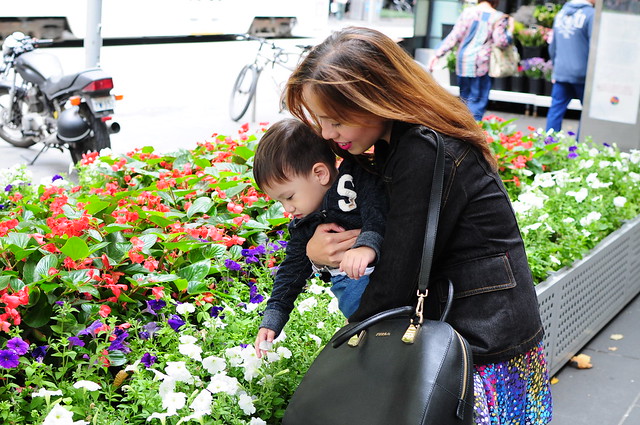 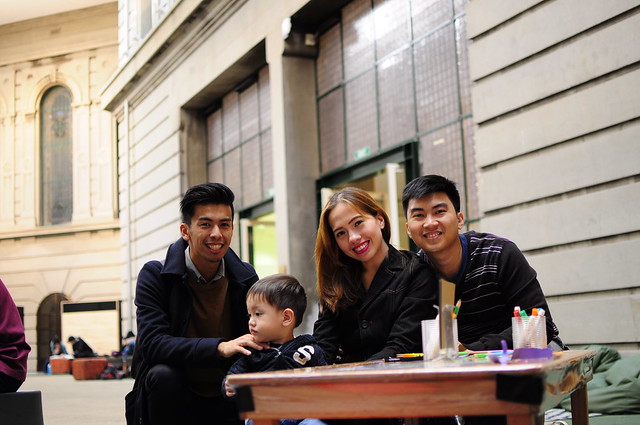 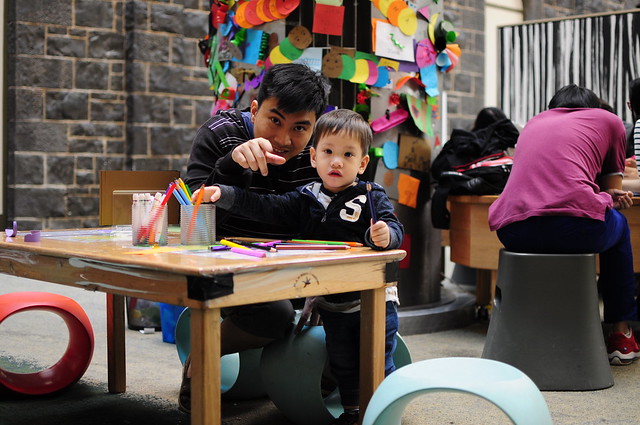 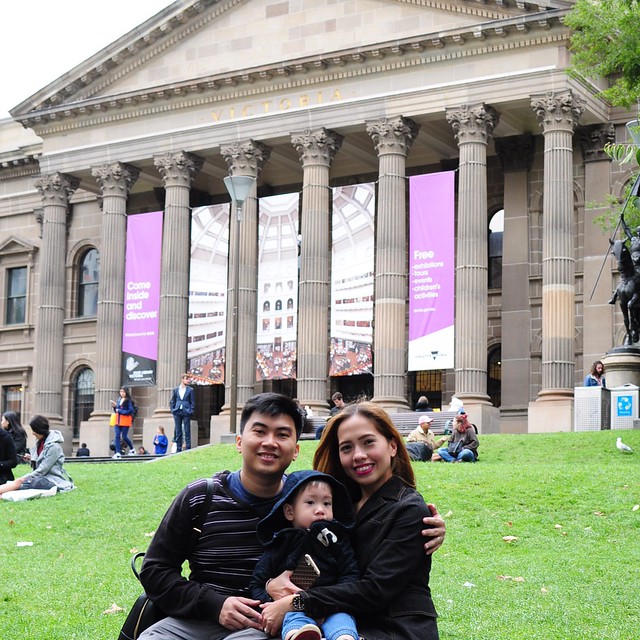 By night, we went back to our hotel to meet up with my Aunt, Tita Naty who is also based in Melbourne. She brought us to the Docklands for photo-ops, and walked until Harbor Town to secure us tickets to Melbourne Star (!!!). It felt really good to reunite with family members whom you haven't seen for a long time and treat you with much enthusiasm and excitement. Tita Naty treated us for some dinner in Nando's (cause that was the only restaurant open at 7:45PM) and the Peri Peri was so good! Afterwards we went straight to catch the last ride in Melbourne Star. 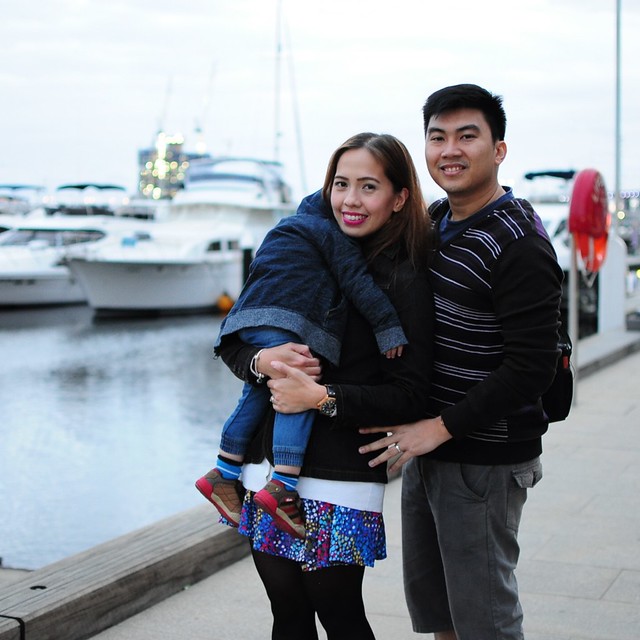 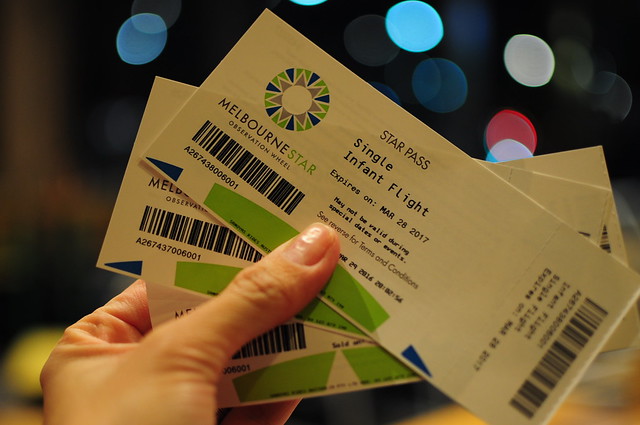 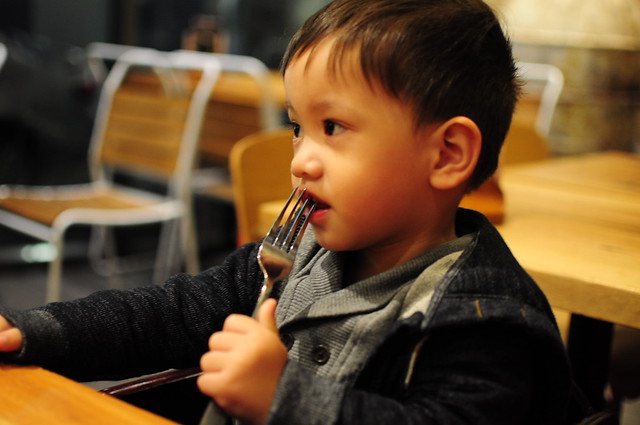 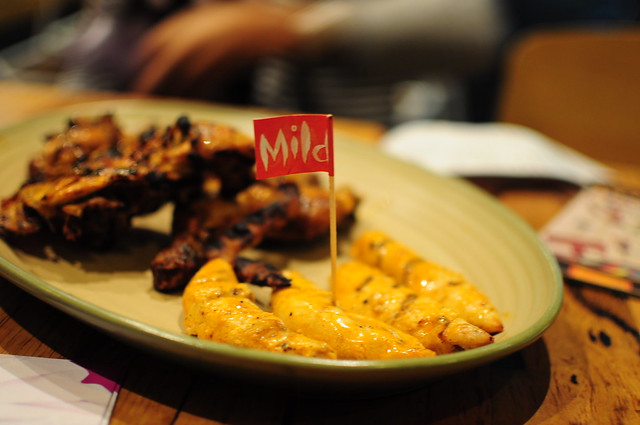 There were no words to describe our Melbourne Star experience. I could not remember the last time I rode in a ferris wheel but I'm glad that I was able to experience it again in Melbourne. The view of the Melbourne CBD was so stunning. The feel was amazing and romantic at the same time. It was amazing to feel on top of the world even for just half an hour. 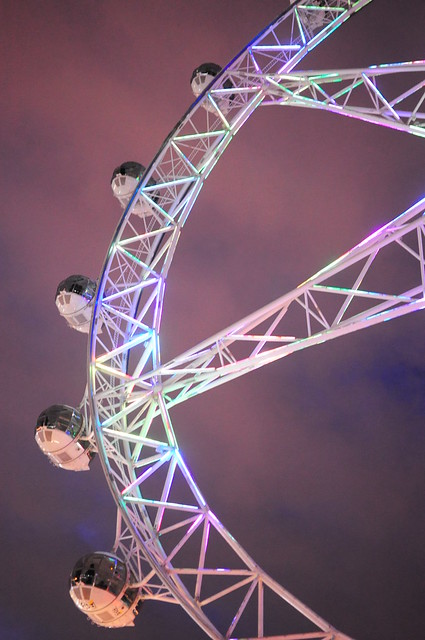 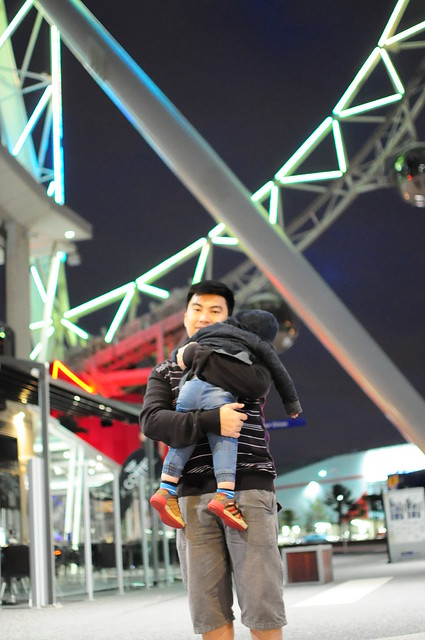 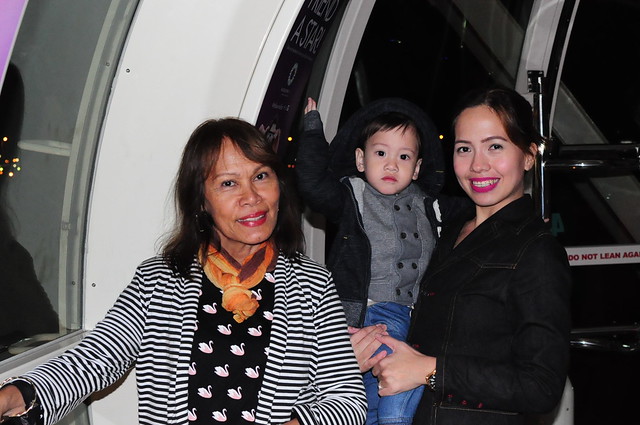 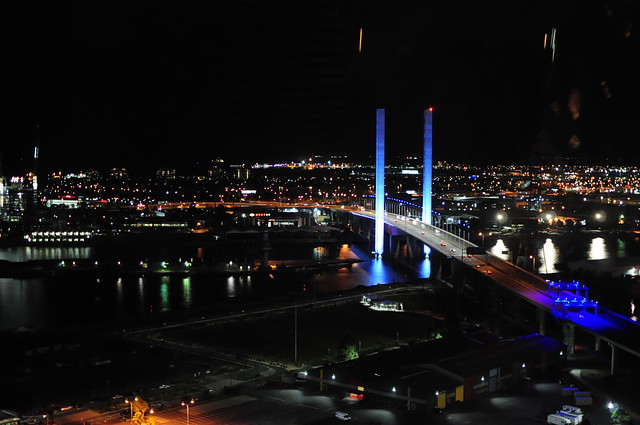 Though goodbyes are a bit heartbreaking, we had to end the day at around ten in the evening. Tita Naty brought us back to our hotel via the free tram ride (still can't get over the fact that we were touring around the city without any cost) . It was a great and eventful day for us. I must say, it was the day that I fell in love with Melbourne even more. 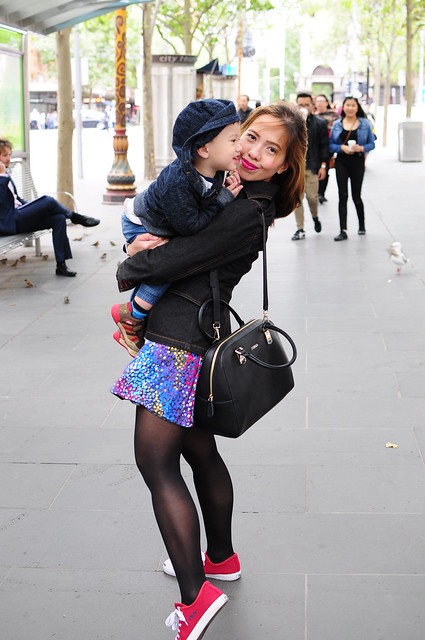 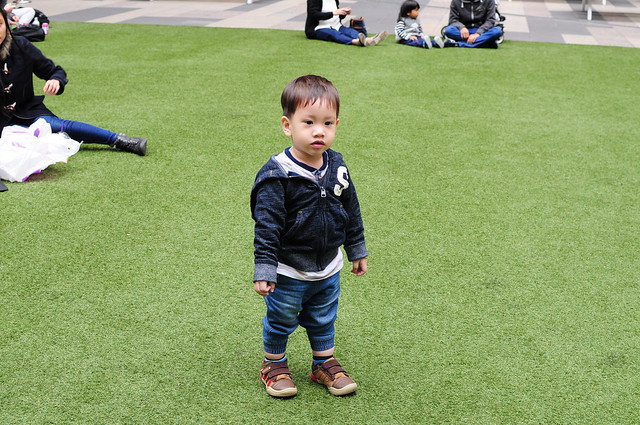 Til my next post! (I really hope I could write more often!)