We stayed at Fenrich's house (Paolo's super BFF) during our stay in Sydney. So the day after our trip grom Melbourne, the first thing we did was to get a feel on how to be domesticated in Sydney. Pen left us with the keys of their house and told us to "feel at home," so we did. We prepared our breakfast, took care of Leon and did our usual stuff Sydney style. It was a learning experience to be very independent and be on our own. It made us feel in control. 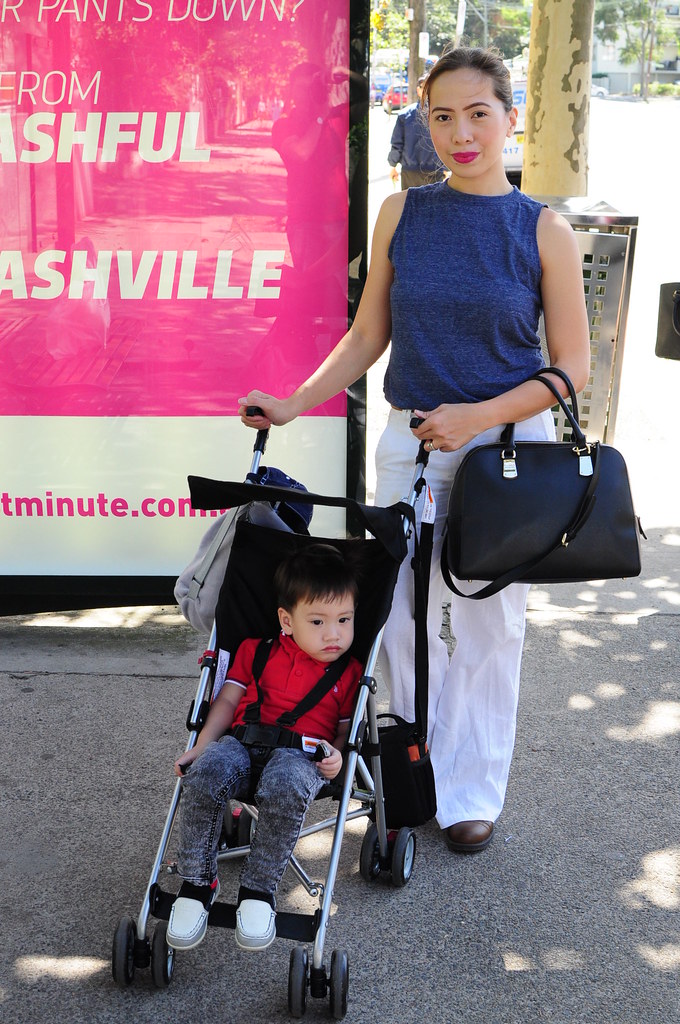 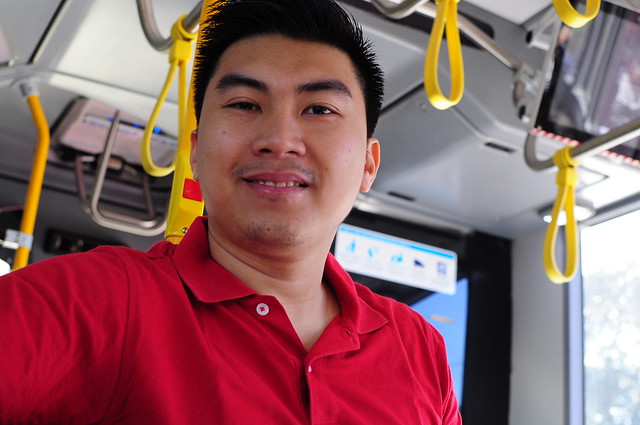 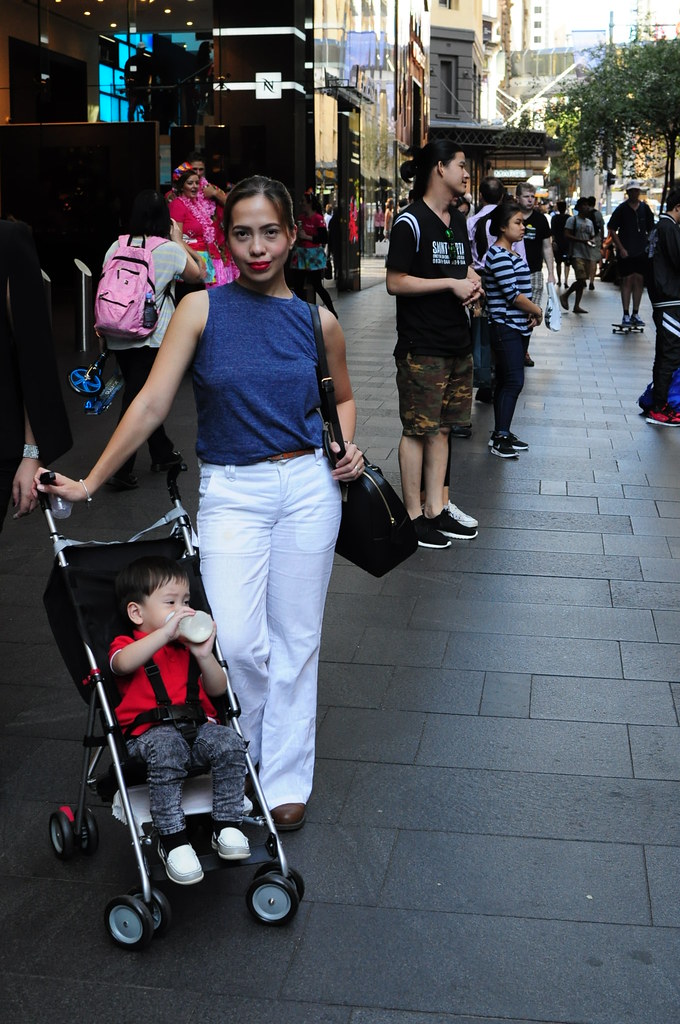 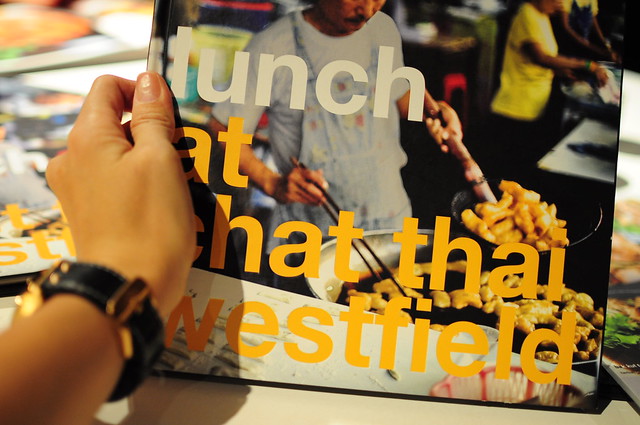 At around lunch time, we met up with Paolo's former boss for lunch at Chat Thai, Westfield building. I actually have no idea how come the dishes tastes way better in Australia! Paolo and I went loco over the thai cuisine served to us in the restaurant. 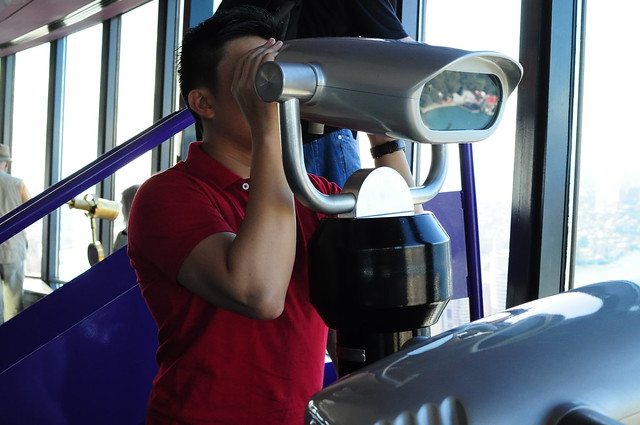 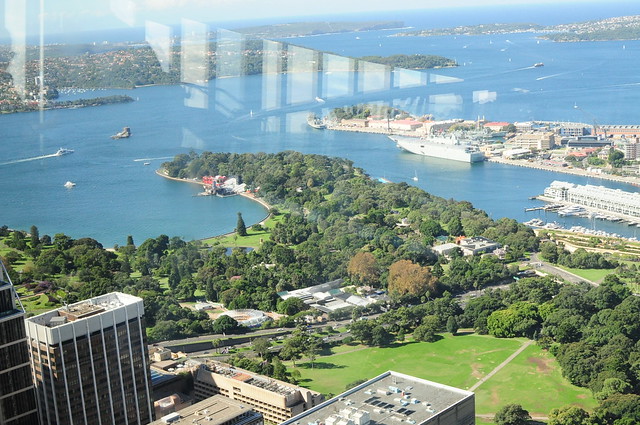 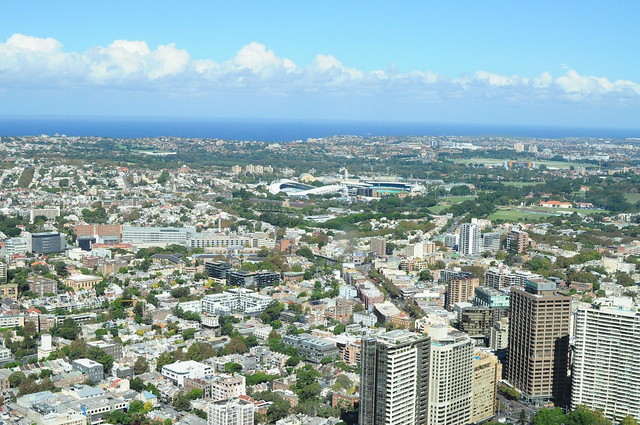 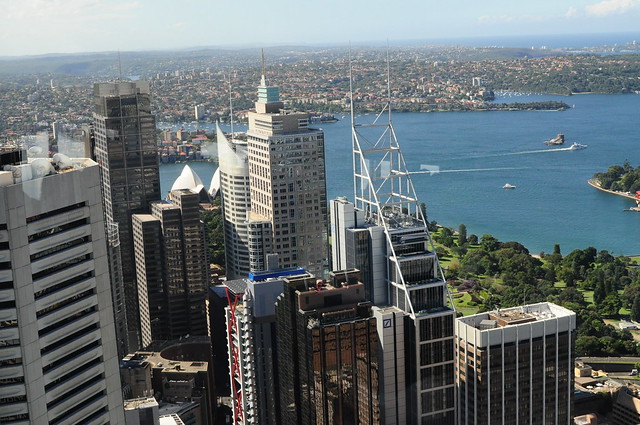 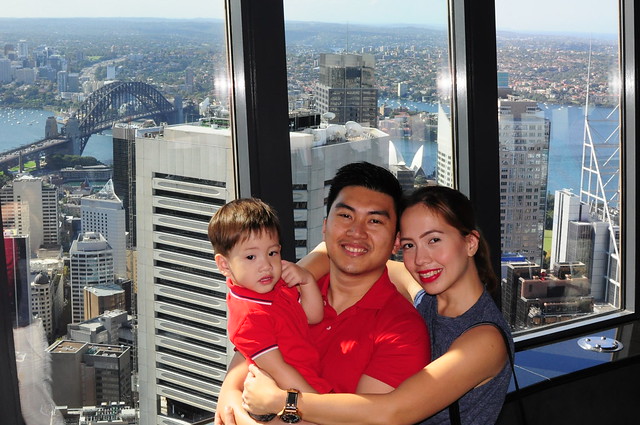 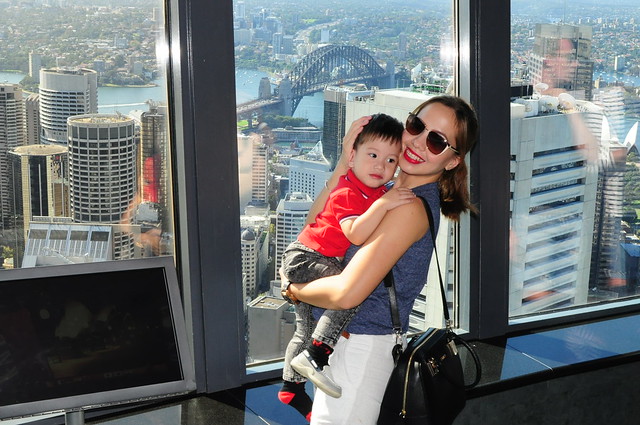 We went straight to the Sydney Tower Eye after lunch to have a birds eye view of the city. Funny how we took turns on looking after Leon, who were running like crazy in the area. From buildings, to skyscrapers, to mountains, to bodies of water, Sydney has everything a good place has to offer. 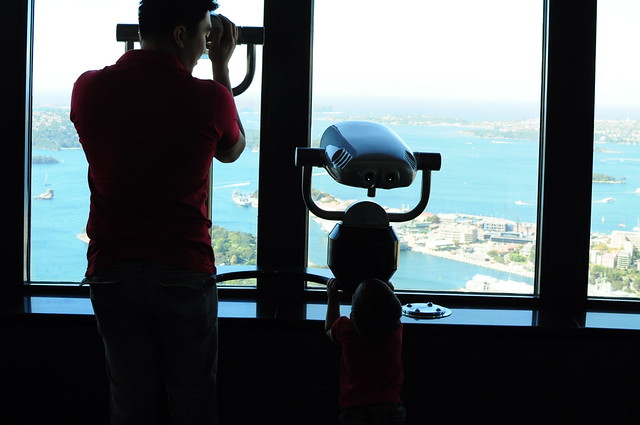 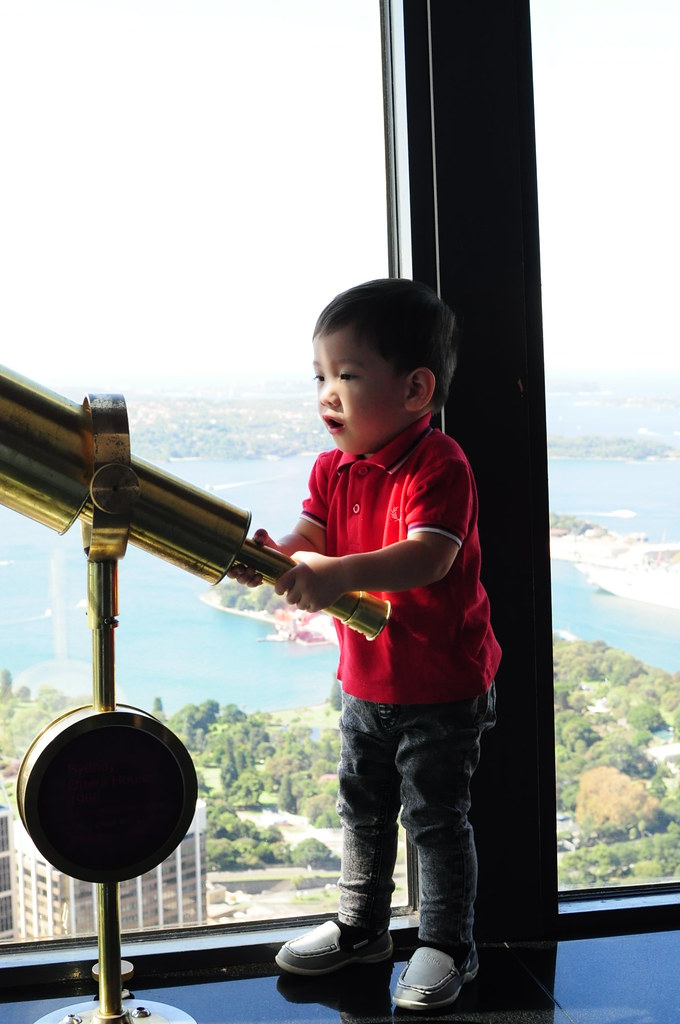 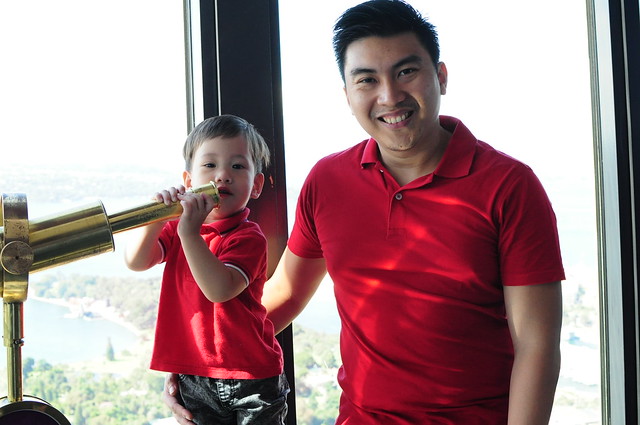 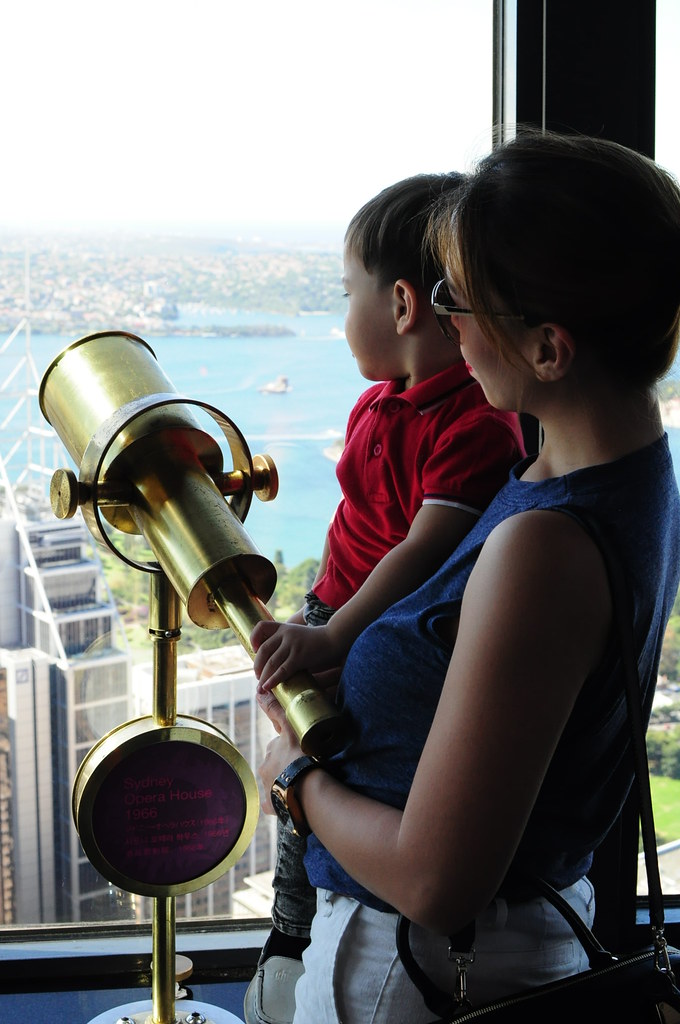 Afterwards, we walked to One Martin Place, where Paolo's head office (Macquarie) was located. Paolo left Leon and I for an hour so he could have some social time with his co workers. Since we already have a stroller for Leon, Leon and I took a stroll around CBD. Initially, Paolo and I thought that Leon may have a hard time in the stroller but to our surprise, Leon was actually behaved. Leon probablu felt more relaxed and well rested (versus walking around or being carried) as we walked around the CBD. In no time, Leon fell asleep (for the first time!!) in the stroller. 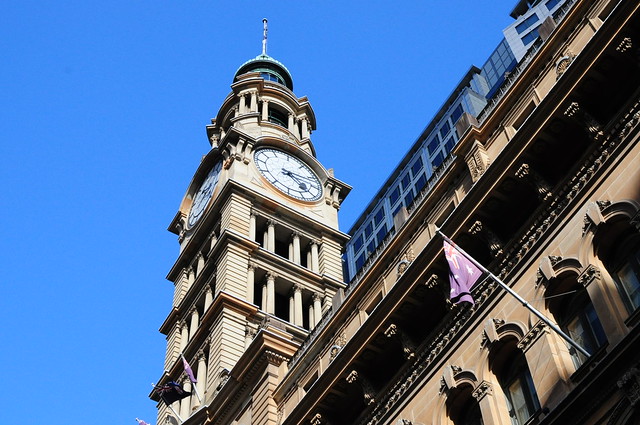 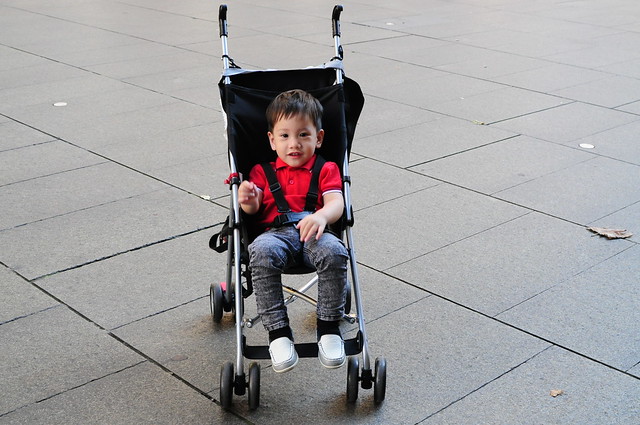 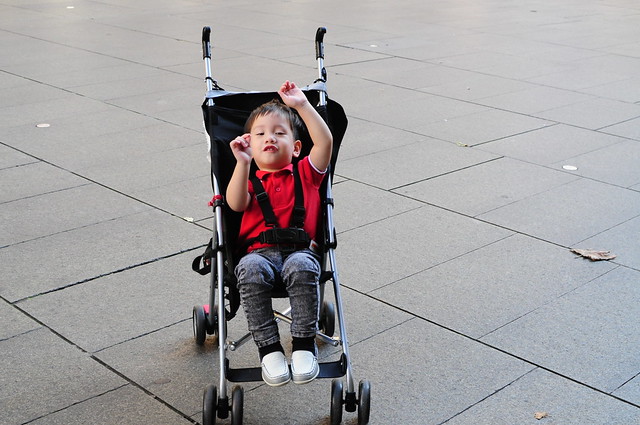 After an hour, Paolo and I walked towards the Harbor bridge area to get a glimpse of the bridge and the opera house. Since Leon was sleeping soundly in the stroller, we took the opportunity in taking our OOTD photos. Paolo and I felt super relieved with a stroller (imagine us having to carry Leon the whole time while we were in Melbourne and evern in the Philippines!) that we were able to move better and faster. We also went to Hyde Park for more picture taking before Paolo left Leon and I to Ria (Pen's wife) so he could do drinks with his workmates from Macquarie Australia. 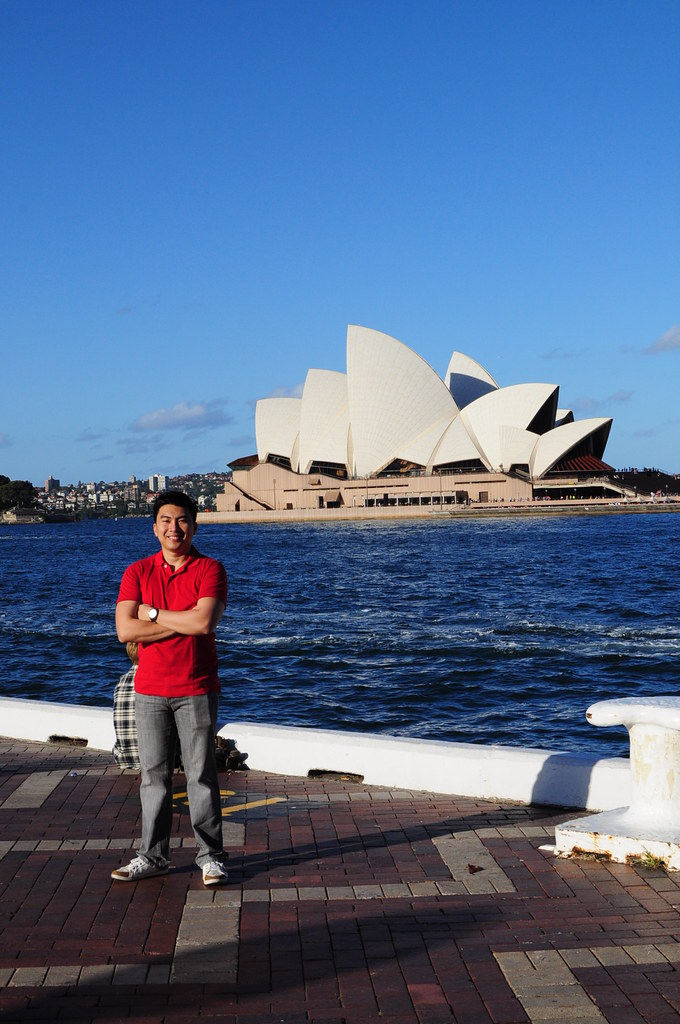 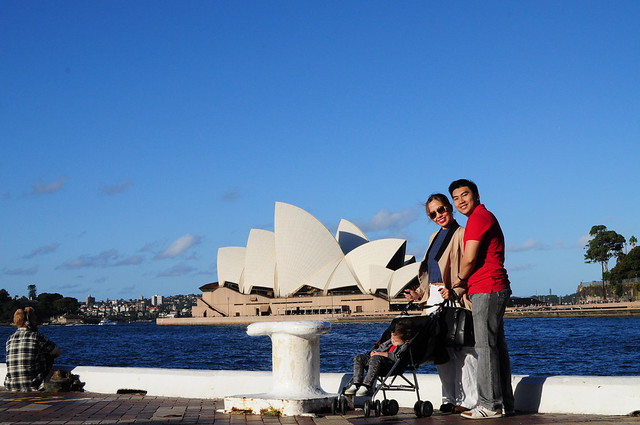 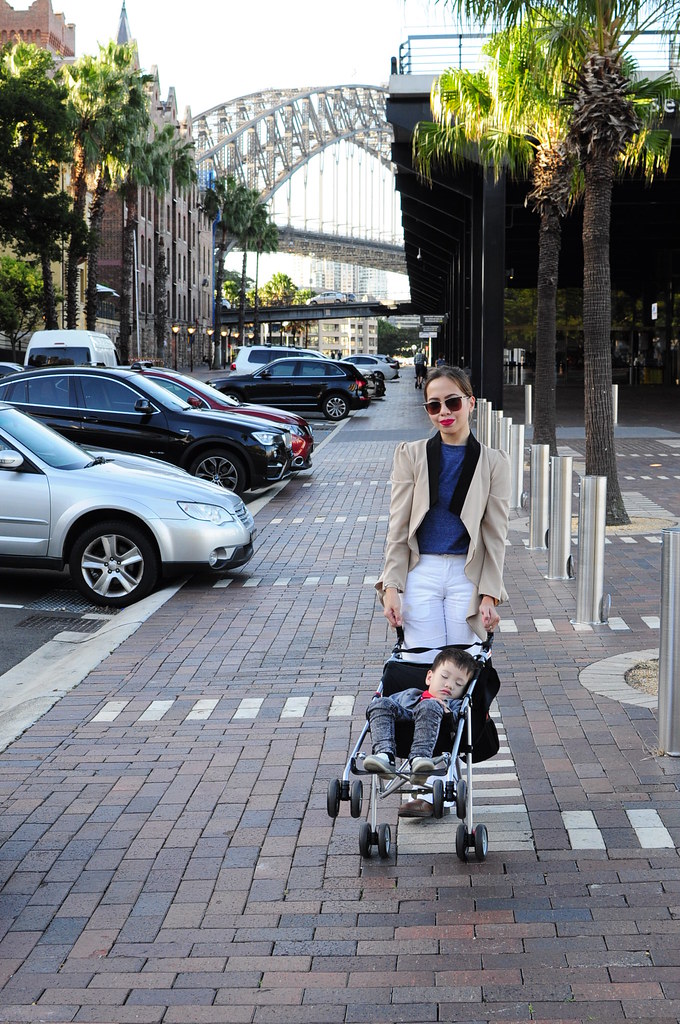 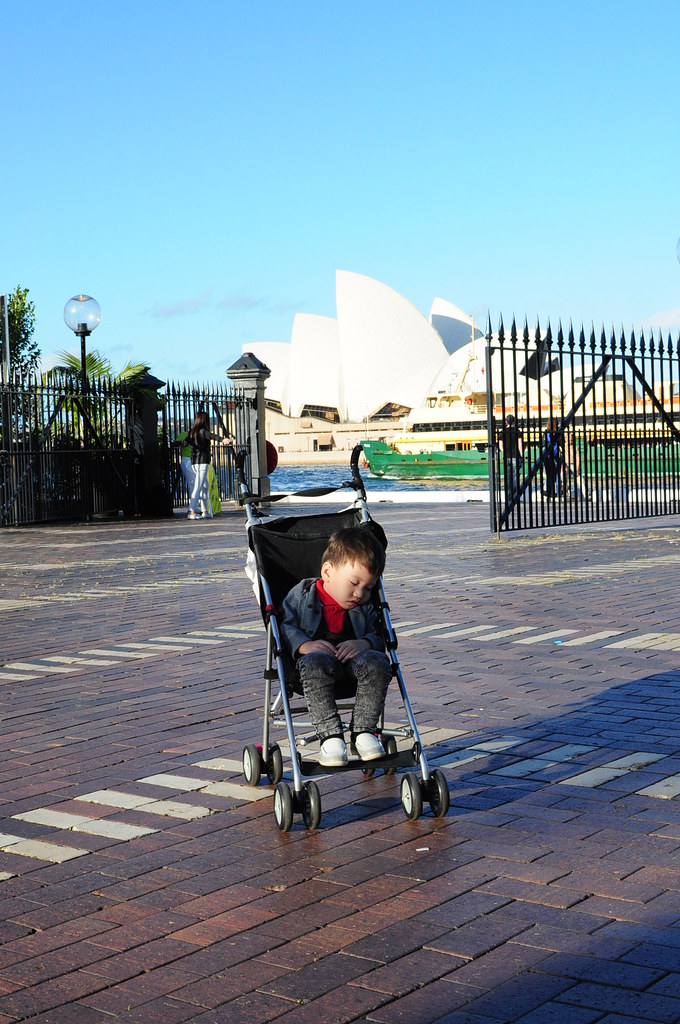 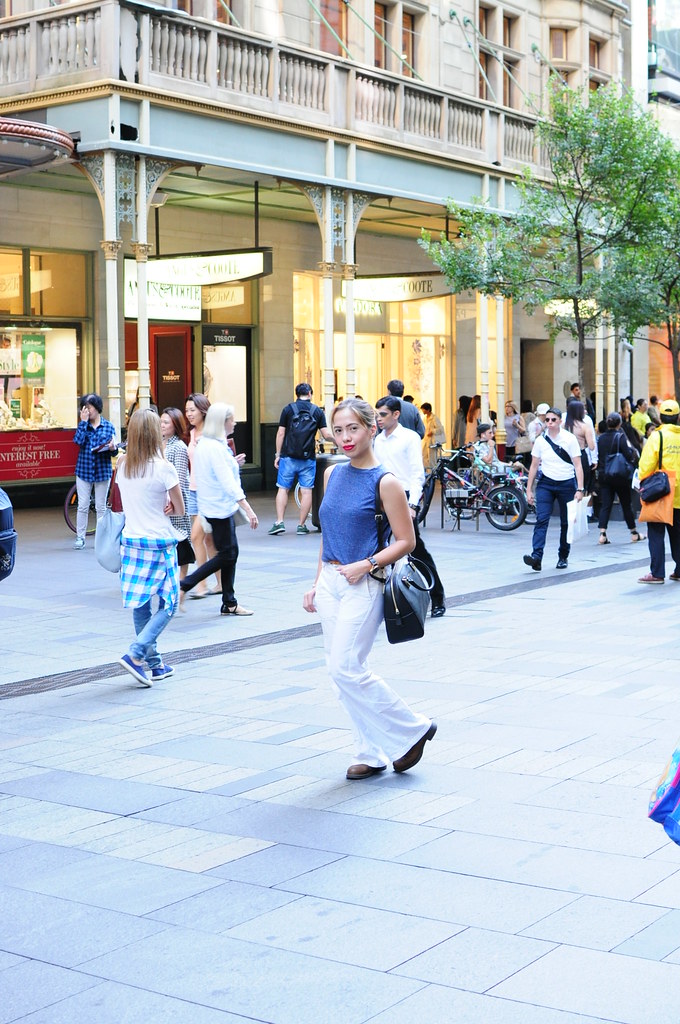 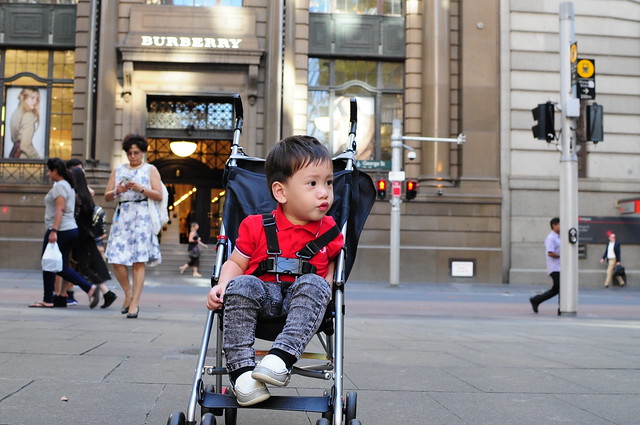 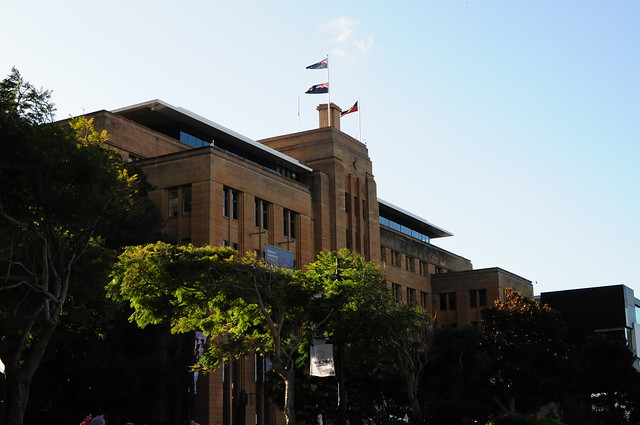 Ria, Rafa, Leon and I walked around The Ruins (the old prison place in Sydney) before heading to Pancakes at the Ruins for dinner. We had a great time munching on their sumptuous pancakes and other dishes while watching our kids eat and play together.

Pen followed afterwards and walked us to the Harbor Bridge and Sydney Opera house so I could have a view of the place at night. Too bad that my SLR's battery died that I had to take the photos using my Iphone Camera instead. The place looked really beautiful at night. 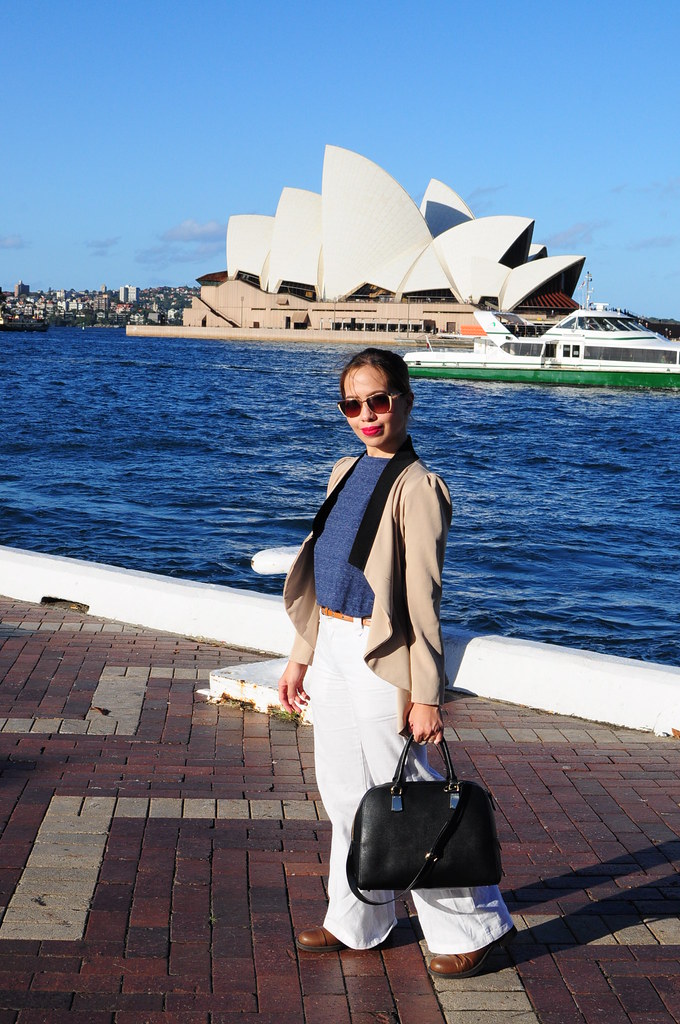 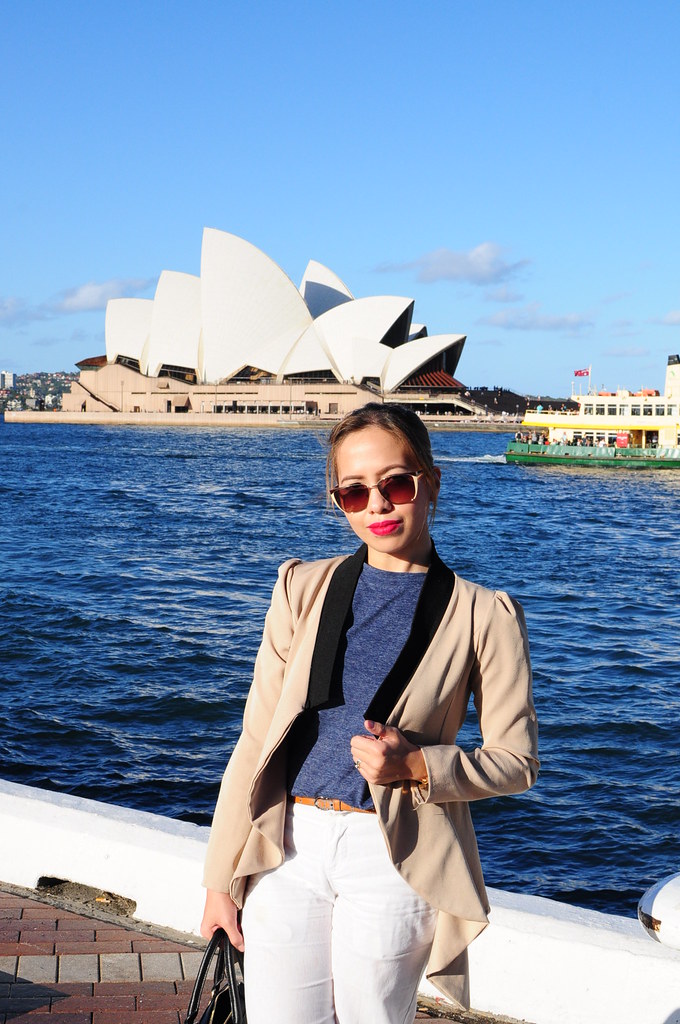 It was a fun and eventful day for us in the Sydney! We never thought that we will experience  a city so organized, so busy yet so beautiful and full of life. Many more posts to come!