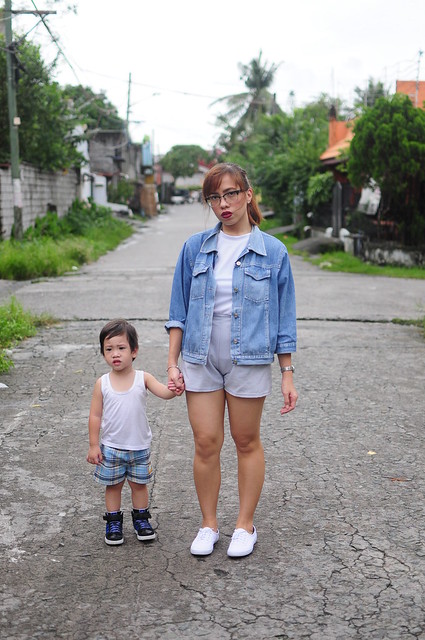 During the time that I was contemplating on revamping my blog (which was then THE BARGAIN DOLL), I initially thought of including a mother-and-son fashion section. I wanted to feature our matching outfits and talk about it on the blog. However, I have been miserably failing to match my outfit with Leon for lately, he began to be very choosy on the clothes he wears. 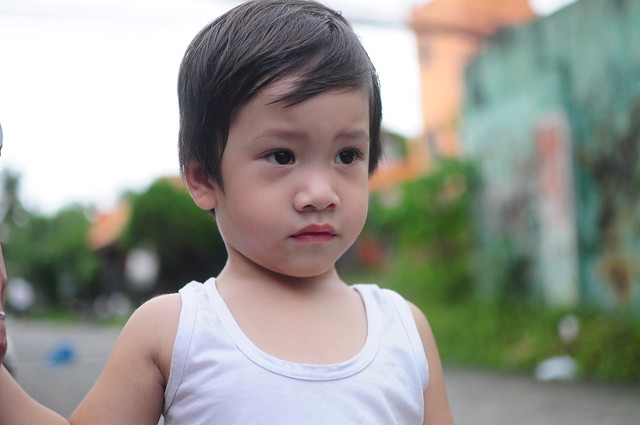 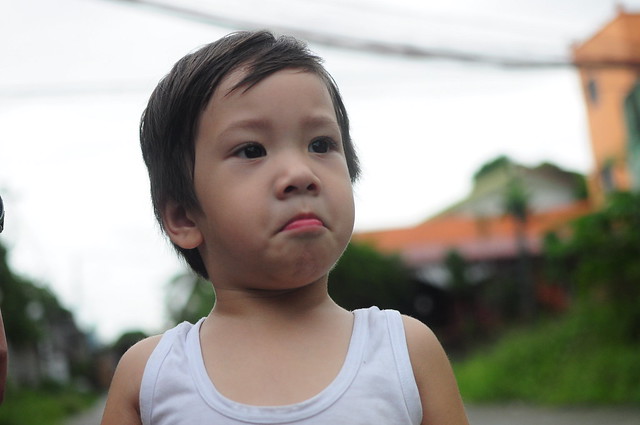 It's because of sando. Yes you read it right, sando. That white, tank top for kids? That is the piece of clothing that Leon prefers to wear. Leon would cry hysterically during dress up and would only calm down if you will wear him his most comfortable white sando. After an hour of pursuing him to wear something else, we usually end up wearing him a pambahay set and would just dress him up in the car. Like in this photo set, for example. 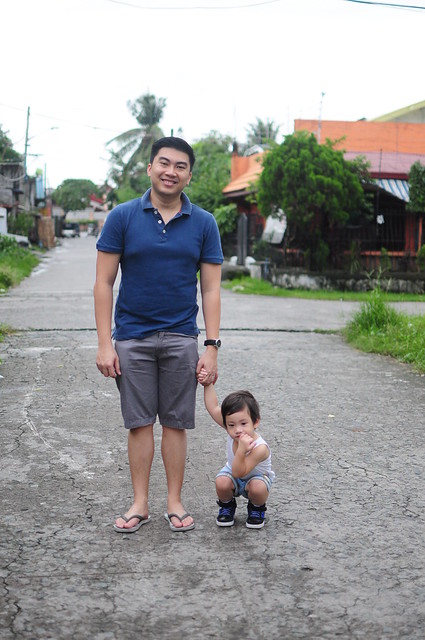 Leon have been insisting to wear sando so instead of having a matching denim outfit with my son, I decided to wear something white instead. Fortunately, his blue striped (almost pambahay) shorts matched on my vintage denim jacket so we still managed to have twinning outfits. Hay, if I could just show you how funny (and annoying) Leon is everytime he says "want sando, want sando," I would, to make you guys laugh a little.

Anyways, here's the photo set the husband took for my #ootd. 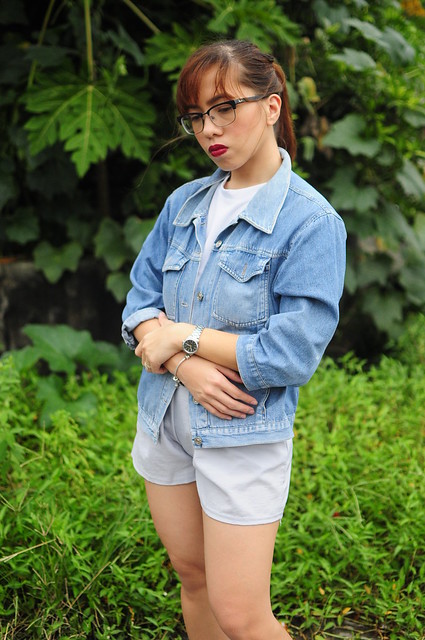 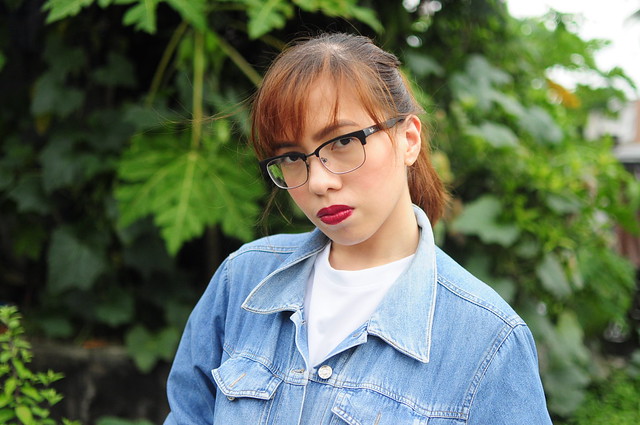 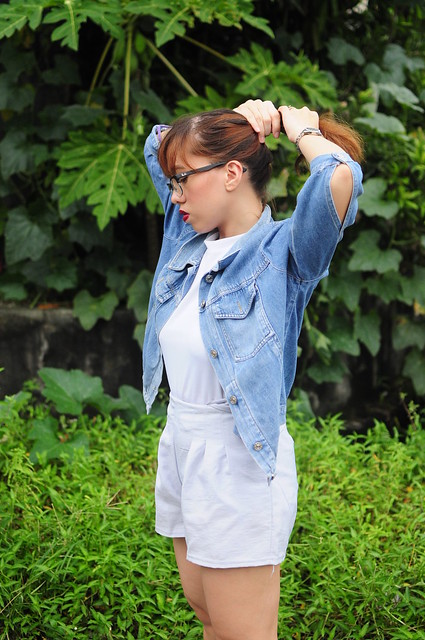 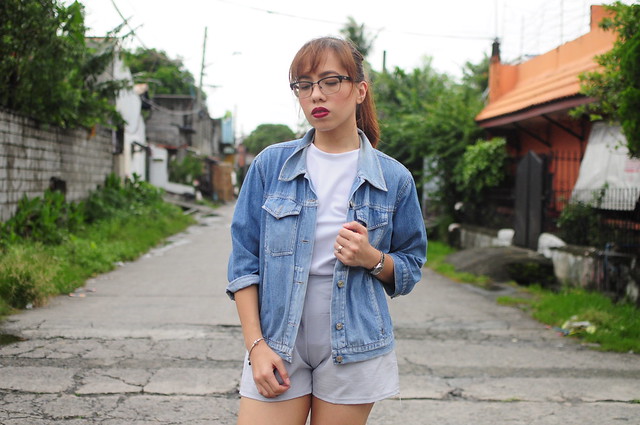 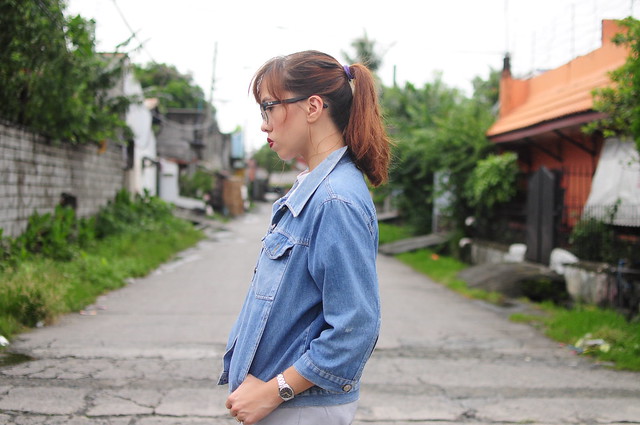 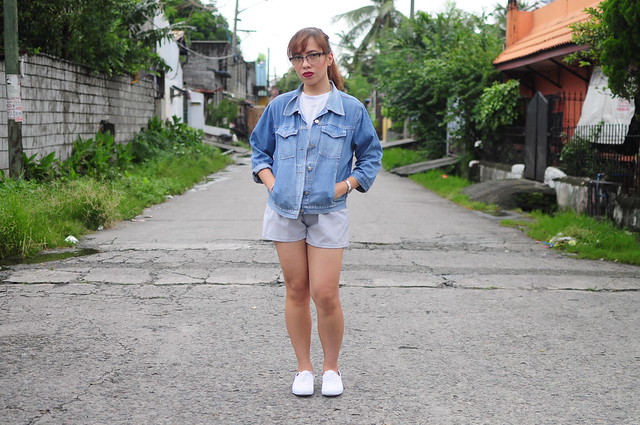 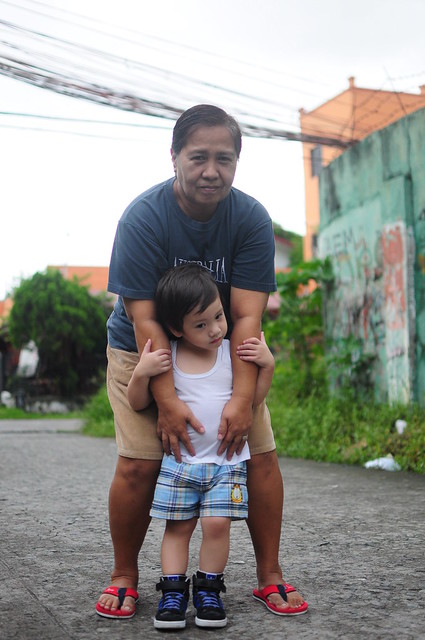 My mom who takes care of Leon while I'm at work. I would not be able to do everything if not for her. She's actually my secret why I do what I do now. :)

I seriously had to dedicate a post about Leon's white sando story cause its something I find interestingly funny. Hay, life with kids. :)