How Migrating Changed Leon's Life and Our Parenting Style

On my microblog, or simply The Mommy Roves' Facebook and Instagram pages,(please follow if you can) I've always talked about how our lives changed since we have moved here in Australia. From basically working every day for eight years, it has changed to spending each minute of my day taking care of my small family.


Yet, it was not just me who experienced several adjustments. While I was struggling to manage my time learning chores, taking care of Leon and doing some freelance work online, my two-year-old son, Leon was also adjusting. From being in the hands of his grandparents (my mom and mother-in-law) and carer all the time, he had to migrate to another country and live independently with his parents.

All of us struggled, especially during the first month. For Leon, it took awhile for him to realize that his usual carers, his wowa Rose, Nanay Juvy and Lola Mama are not around to comfort or spoil him. There were moments he's cry and look for them as if waiting for a little comfort. But things are different now and all of us has to adapt. Including him.

To give you a little background of how Leon was back in the Philippines, let me share you his old habits and routine. We are not proud to say this but because we were too preoccupied with work, we used to spoil Leon a lot. As in a LOT. To make things less difficult for us, we tend to let him play with our cellphones, let him watch TV all day so we can rest at home or do some personal things. His carers would cook him a separate meal and would give in to all his demands to minimize his tantrums. Whenever were with him, we let him do whatever he wants, to make up for our absence. Even his carers, who love him very dearly were doing the same. All the time, we thought that we were raising him properly.

Clearly, we were not. 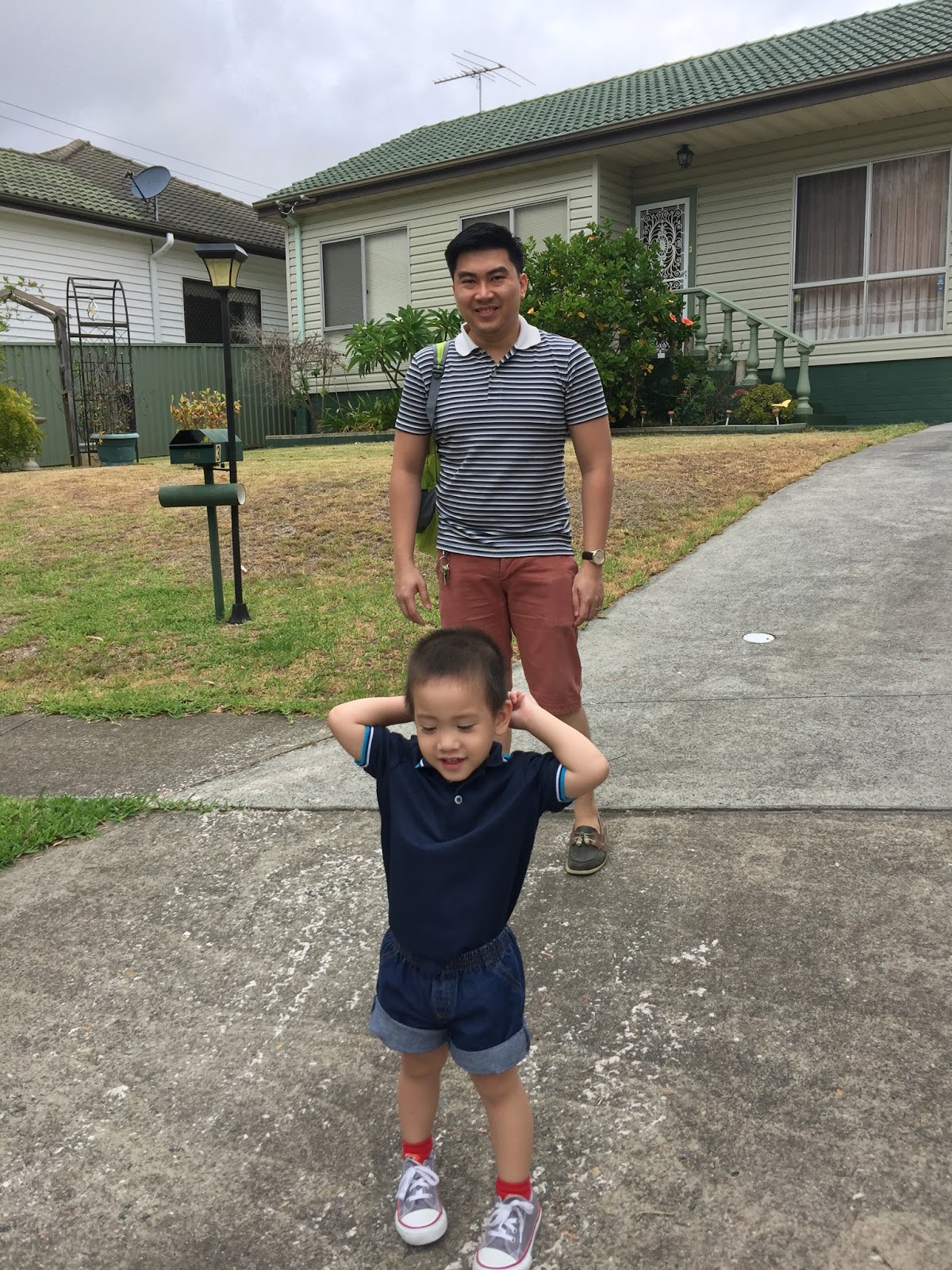 Our first two weeks in Australia was spent living in our friend's house, Mr. Williams, who happened to be very strict when it comes to disciplining and guiding his child. I am eternally grateful for all his teachings and guidance for he taught us how to give tough love without physically hurting our child. Since we have no one else to look after Leon, we have to learn how to teach him to listen to us, to guide him on the right things and discipline him when he is doing something wrong. 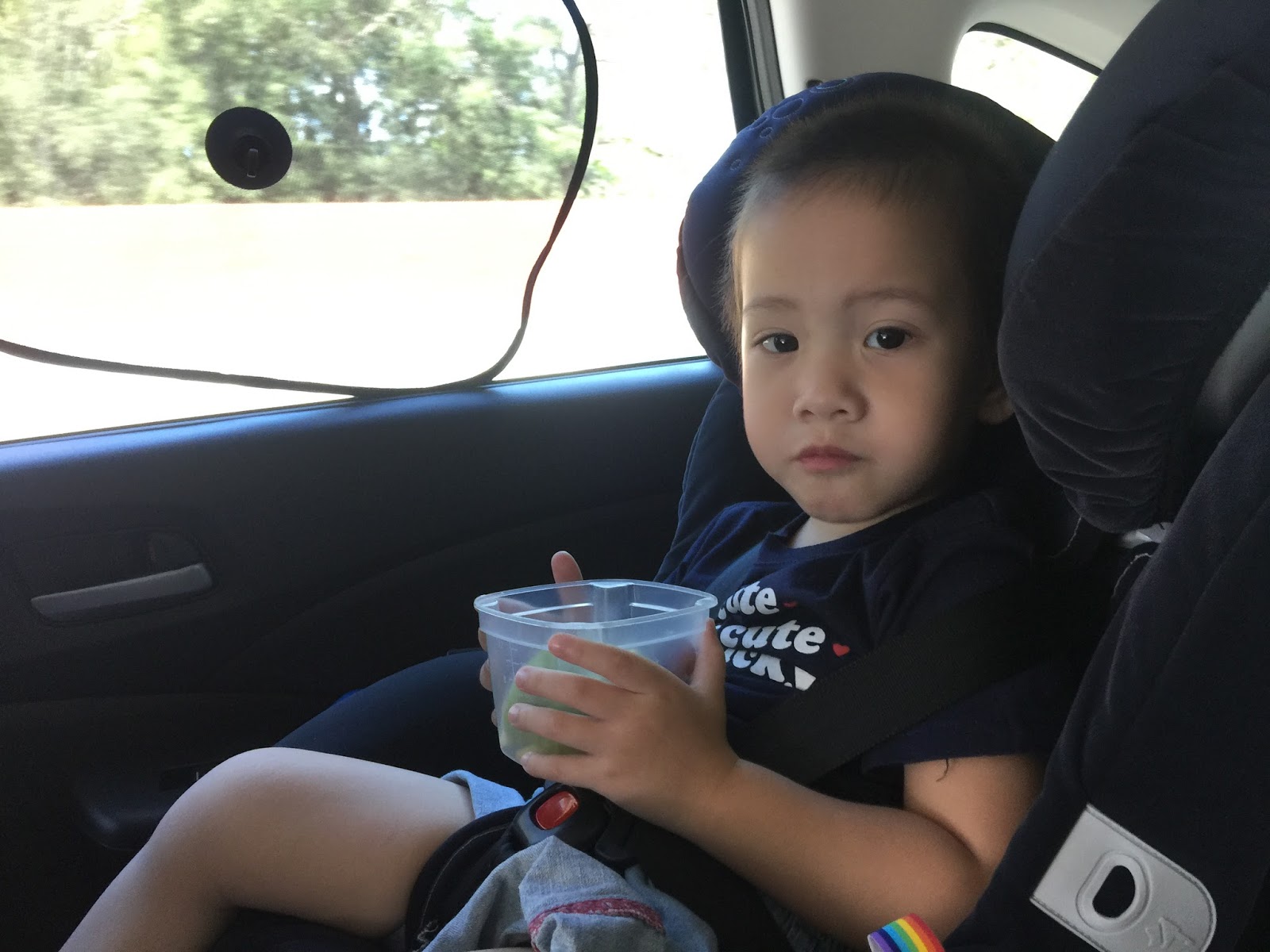 Eating was the first struggle Leon and I had to deal with. Never thought that teaching a picky eater to eat what is served could be tiring, frustrating and exhausting. When we were starting, Leon would cry for an hour before he would eat the food. I had to deal with putting him in the corner, let him cry for a couple of minutes and bring him back to the dining table when he is finally ready. I would repeat the process over and over until he eats. Internally I was struggling too. I find myself secretly crying just to release the hurt I feel for seeing Leon cry out his frustration. I'm sure Leon was also shocked to see his parents getting a little strict on him. But, with tough love and determination, I'm proud to say that little by little, Leon is starting to eat healthily now, He would now eat what is served (except for spicy and sour stuff, though), eat fruits and some veggies too. It was a tough first month for us but it was all worth it. 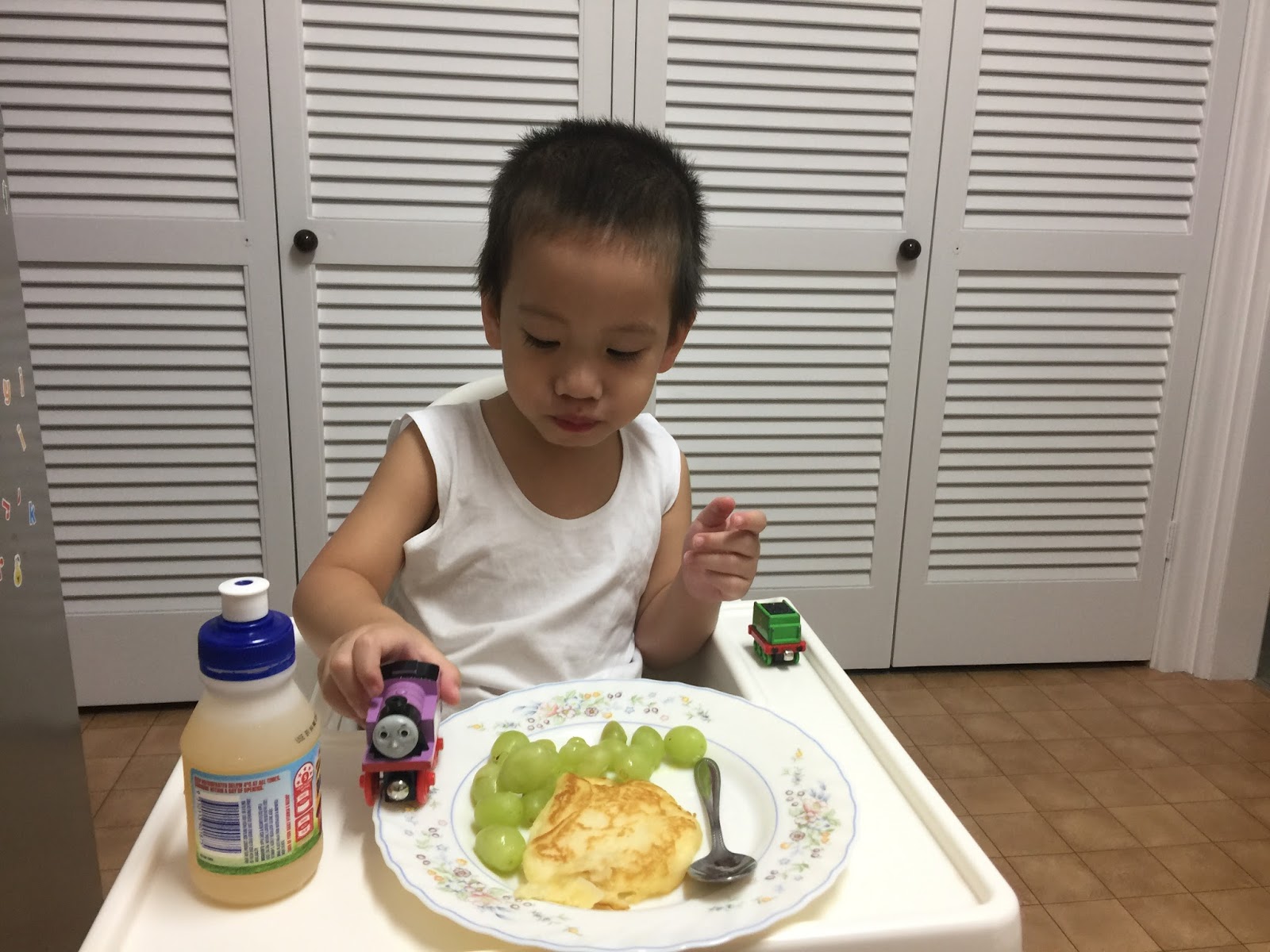 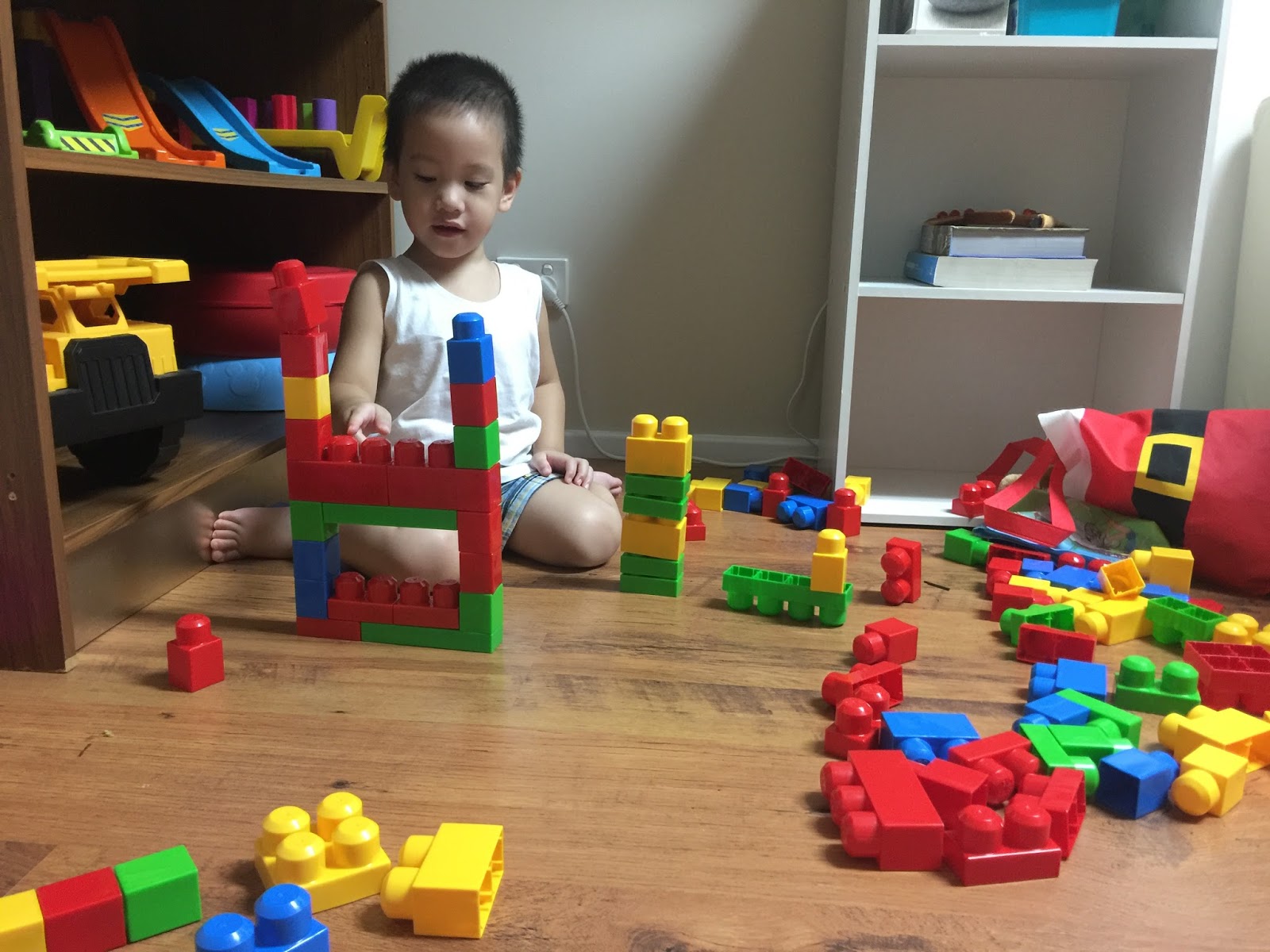 Limiting his gadget use was the next adjustment Leon had to deal with. From watching youtube videos on TV, playing mobile games on our phones all day, we had to limit his exposure. We both have to deal with this new disconnect by finding new ways to entertain him. His dad and I observed that the more exposed Leon is. the more tantrums he throws, the less patient he becomes. He won't listen nor connect to us in any way. When we are seeing the negative impact of these gadgets, we have to take action. Now, I try to limit his TV and gadget time for 1-2 hours a day (sometimes could be an hour more, if I had to deal with chores and other things). Instead, we would play with his toys, go to the park, the library or do some grocery. We read books before we go to sleep until he gets tired and sleepy. Now, Leon would always look forward to our playtime, asking me to play with him, build blocks, race cars and more. He would ask me if we can go out to do some grocery or the library or just play. Though I found myself having less time to do some personal things on my own, I feel delighted to see him feed his curiosity with toys and physical activities instead of spending time on the gadgets. 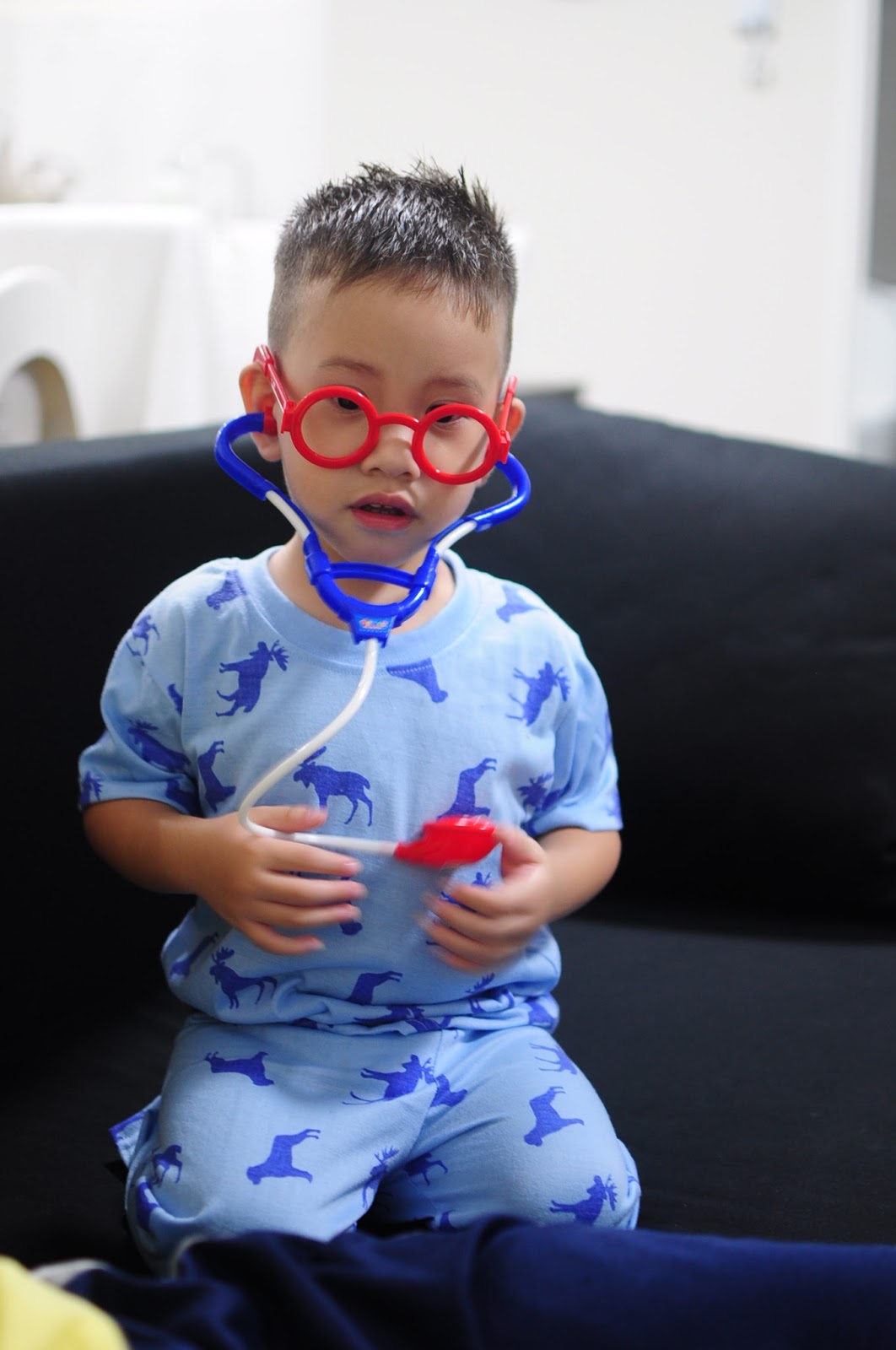 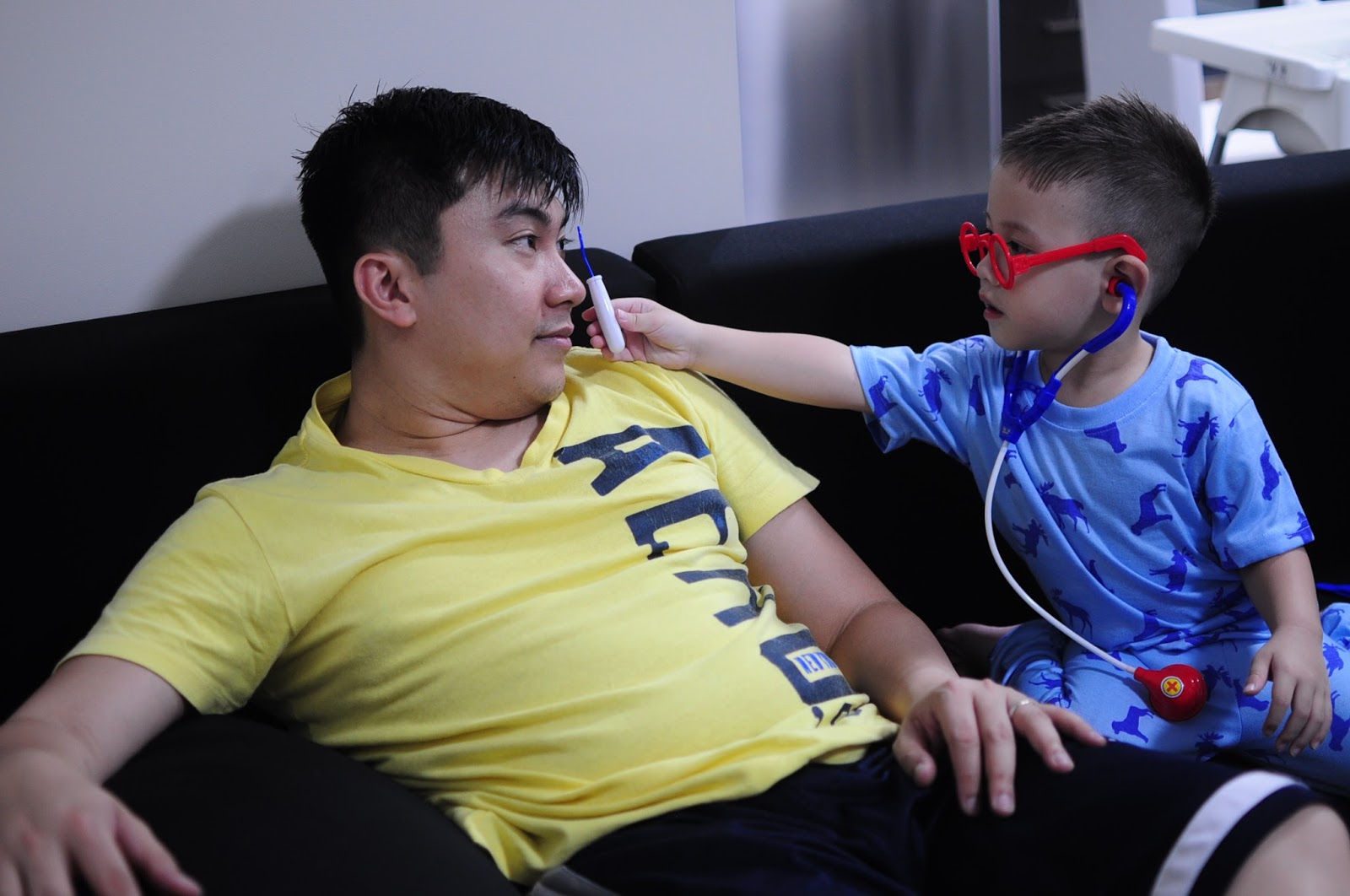 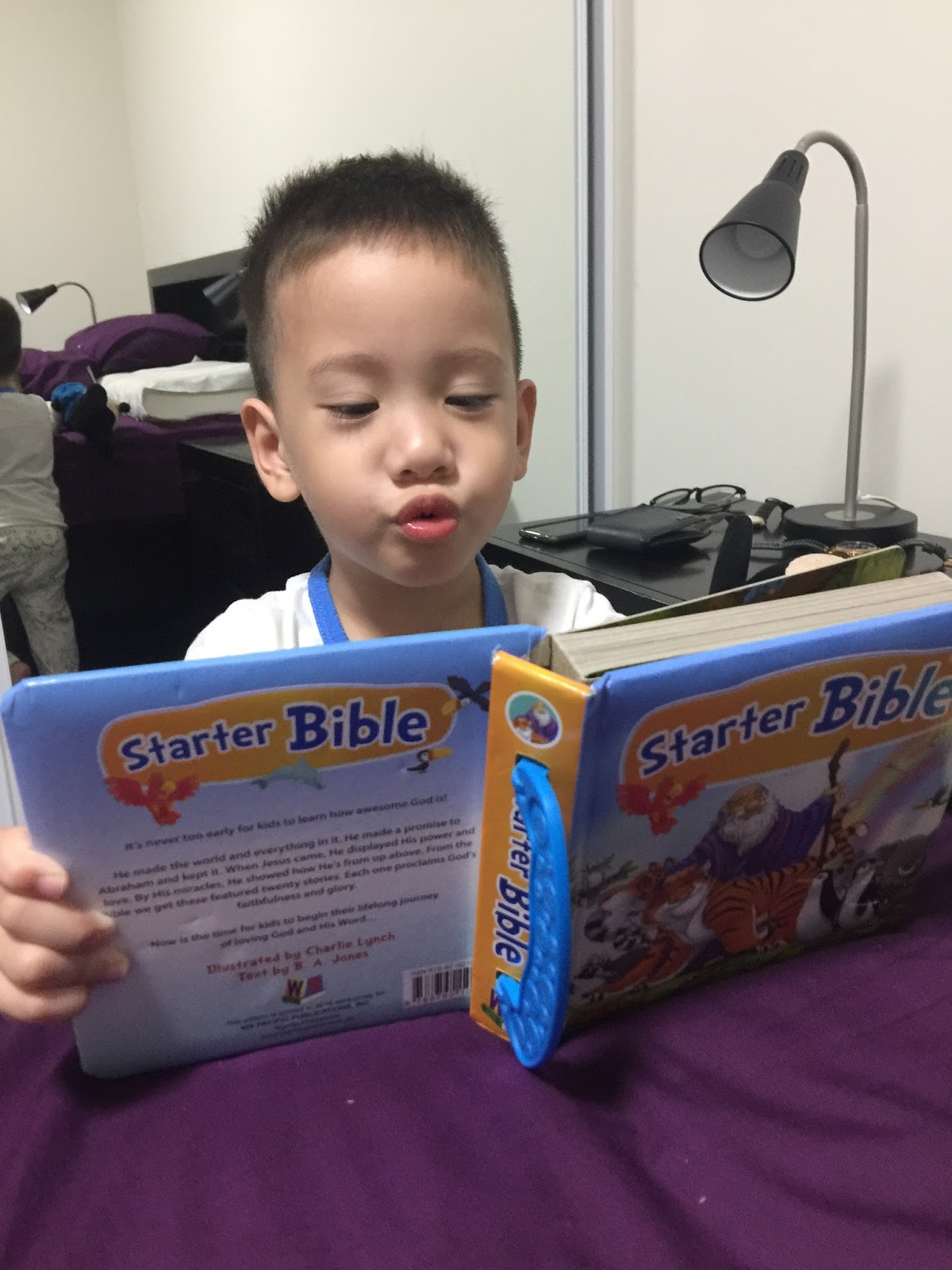 When No is a No, and a Must is a Must 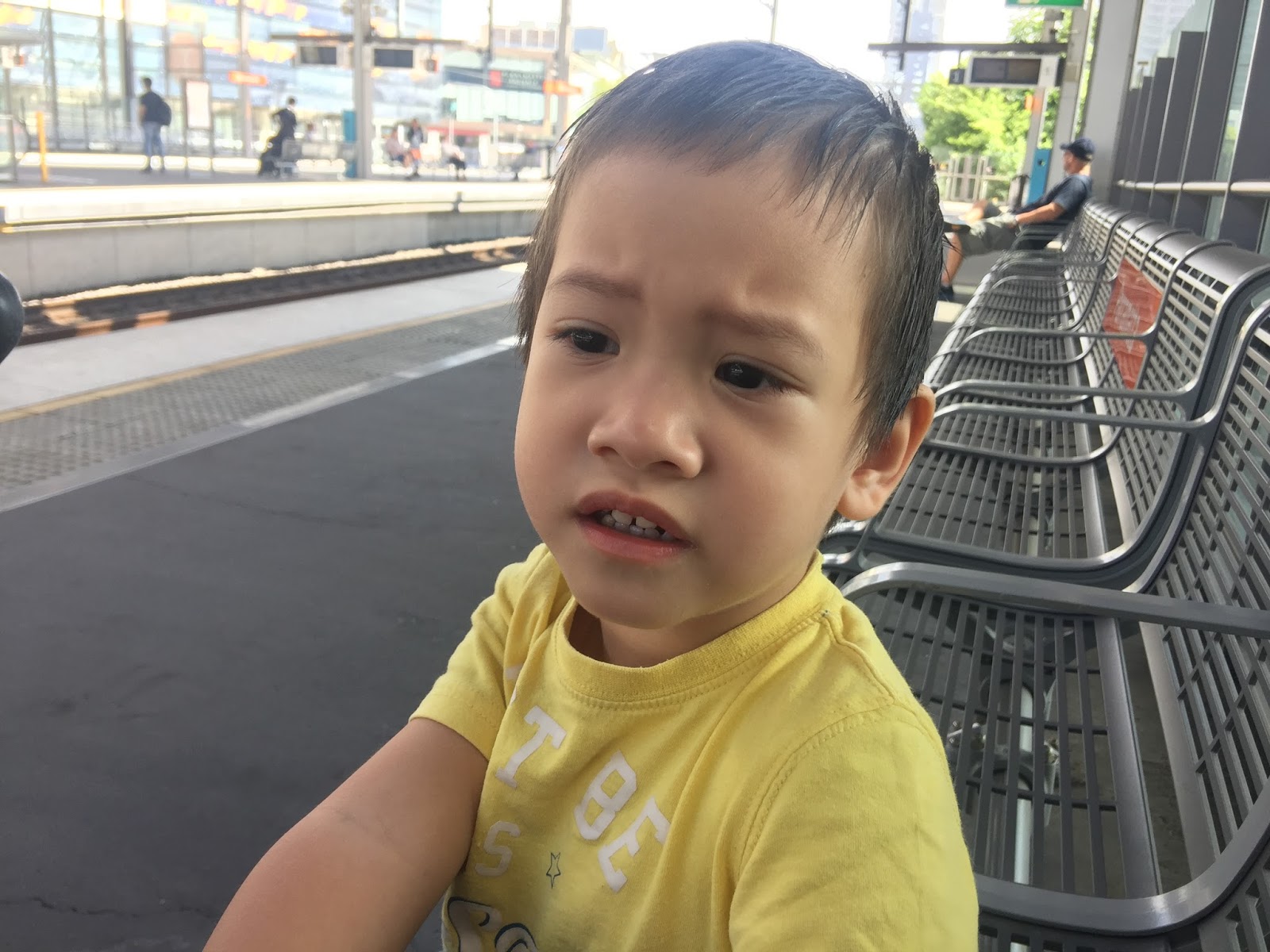 Isn't it annoying to see your kid not listening to you when you say things like "don't do that," or "it's time to go" or "later?" IT IS FRUSTRATING. Now that I had to take care of Leon on my own, I have to make things easier for me. I have to make him understand that there are things he can't do, and things he must do. I am finally learning that when Leon disagrees with me, he would cry out and throw a terrible tantrum. Instead of dealing with his rants, I let him cry it out, even if it would take him an hour, let him calm himself calm down until he goes to me. I always thought that they are too young to understand but apparently, they do. They do know that crying and acting out can help them get what they want but when you don't give in, they would realize that acting out is not effective. Eventually, Leon would stop crying, come to me, ask for a drink or a hug and everything would be okay. There are times that Leon would throw a tantrum just because I did not let him hold the house keys, or he was not able to ride a certain bus color, or not able to buy a certain candy or toy or anything else. I used to comfort him all the time but now, I'm happy to see him realizing that crying out won't get him anything he wants. Though he would still have his moments, he now knows that when mommy says no or next time, he knows that mommy means it and he would understand. 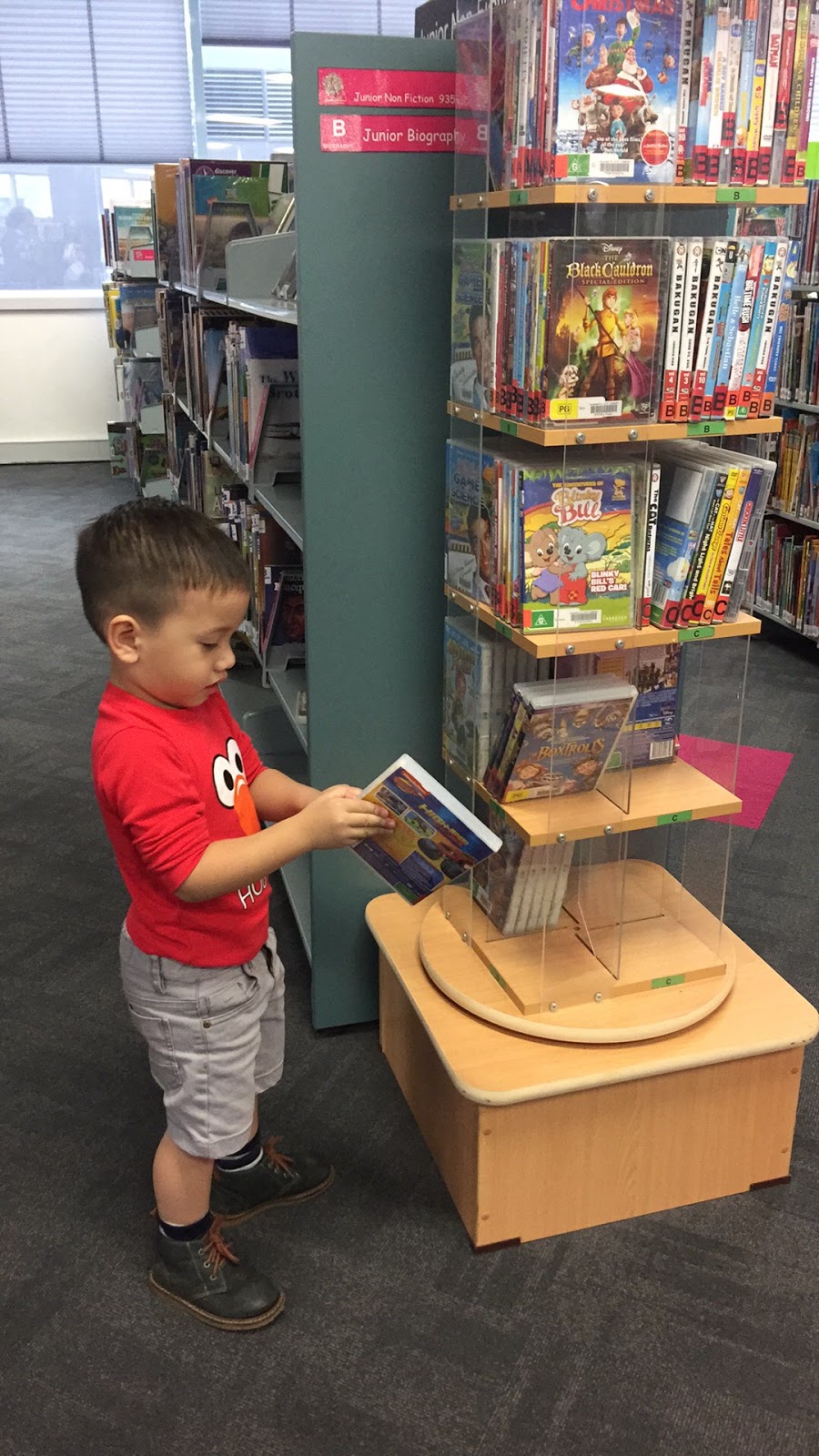 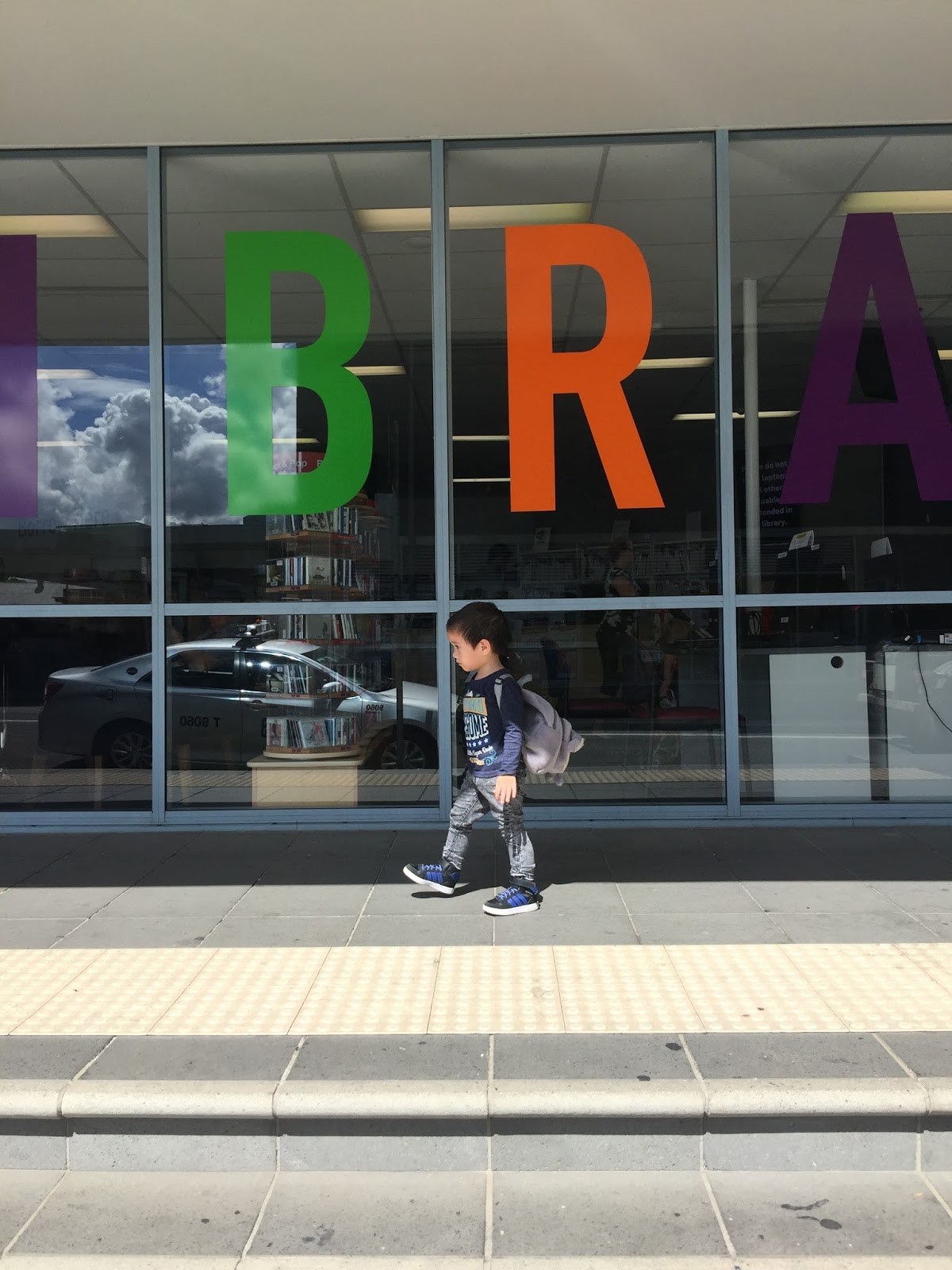 Parks, playgrounds, playgroups are so common here in Australia that Leon and I would not run of things to do every day. I have been trying to change our habits by being more connected and be more interactive. Initially, Leon was reluctant to play in the playground, afraid to slide or climb. He would always ask for mommy's hand to play. Now, I see him exploring the place, bravely climbing the stairs and sliding on his own. The outdoors is making him more and more confident. More than that, Leon wold always look forward to our library visits, either to join the story time and dance with kids or to just lounge around and find more books to borrow. I am happy to see him interested in reading at a very young age. 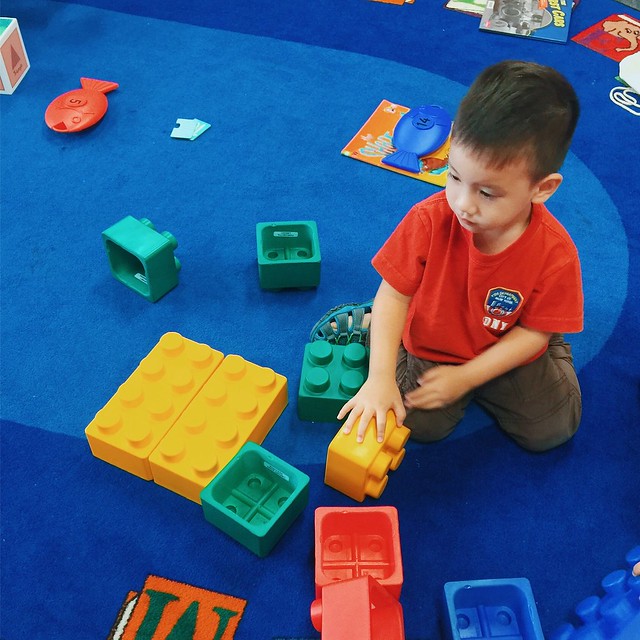 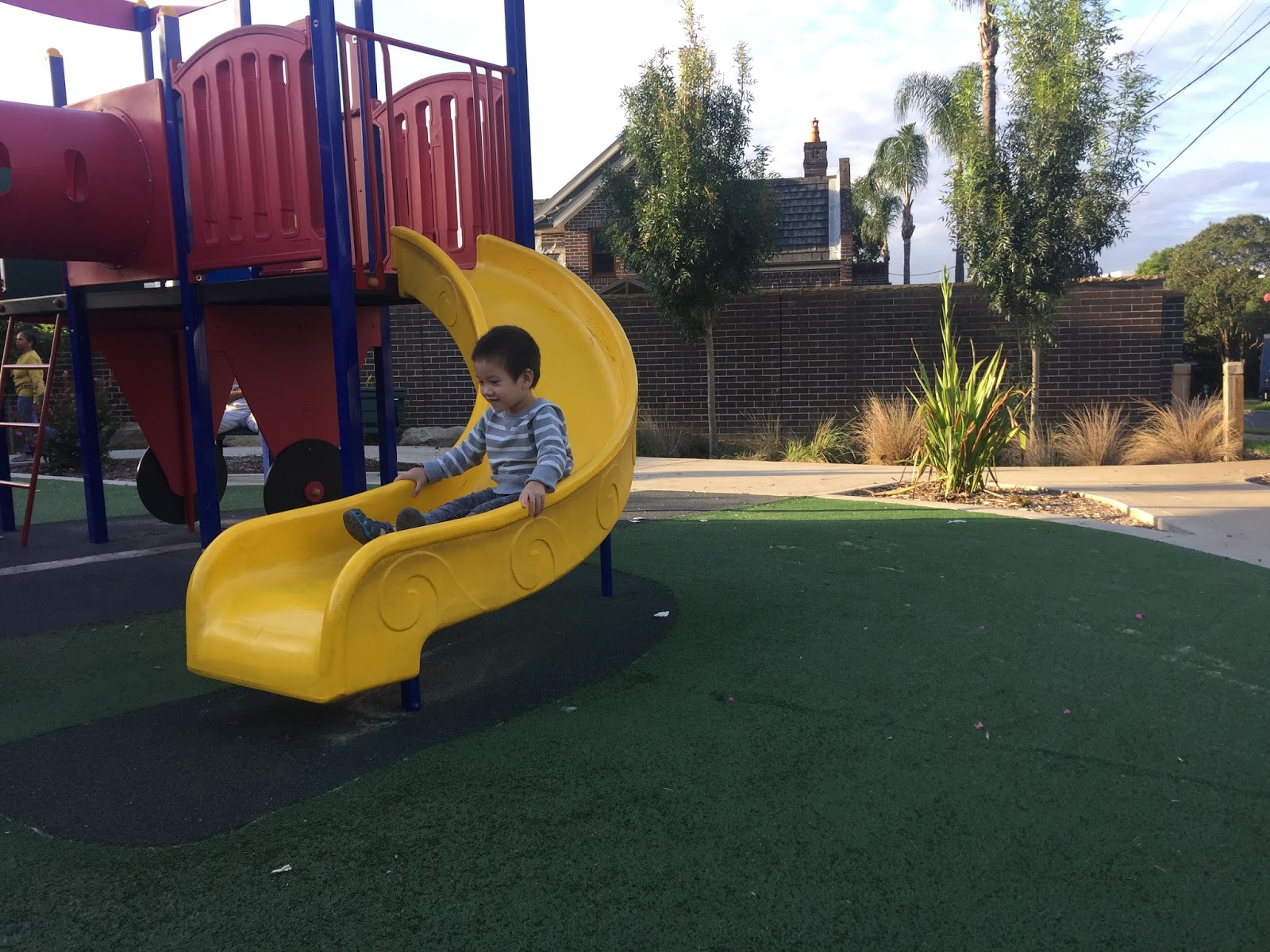 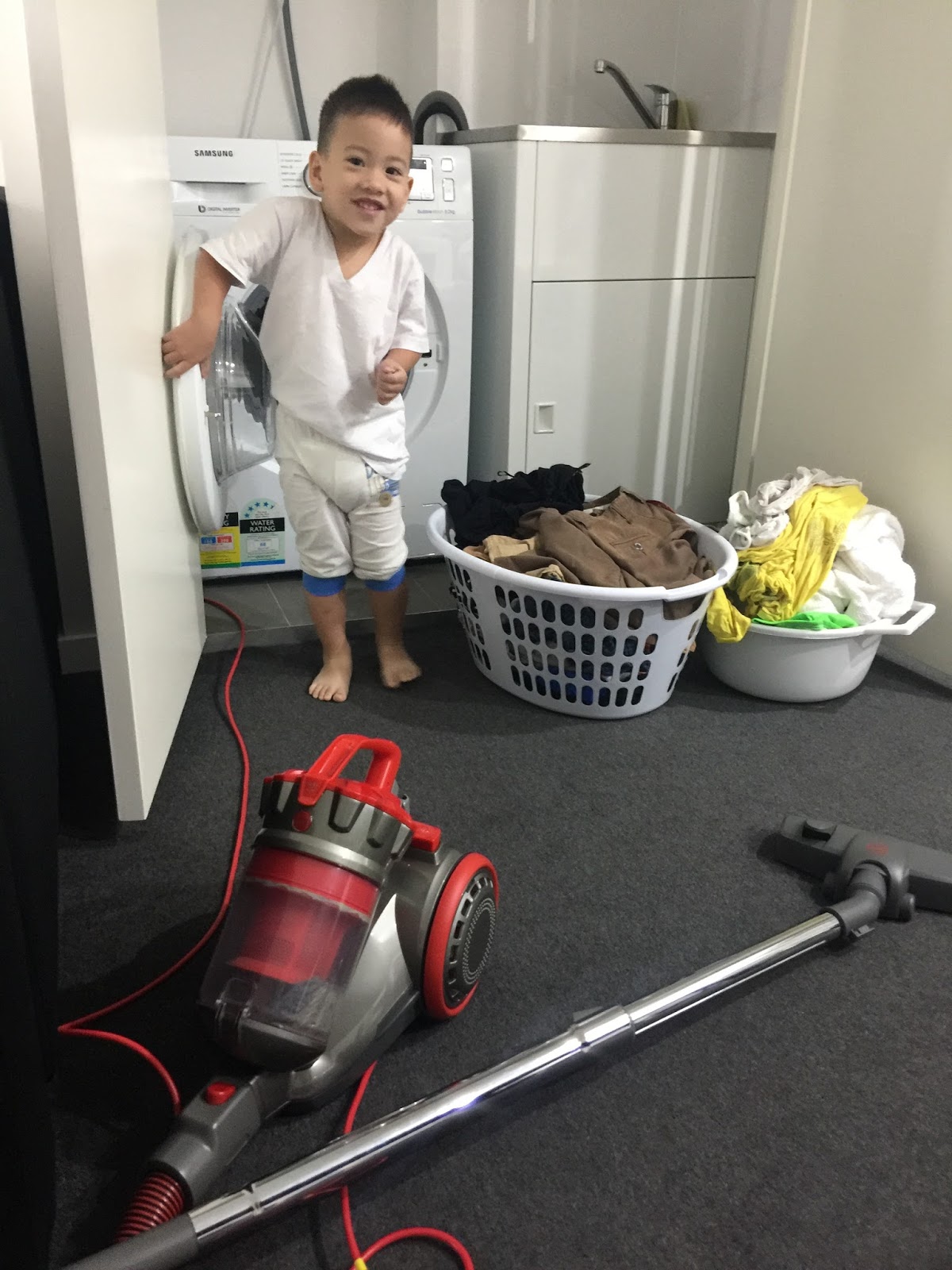 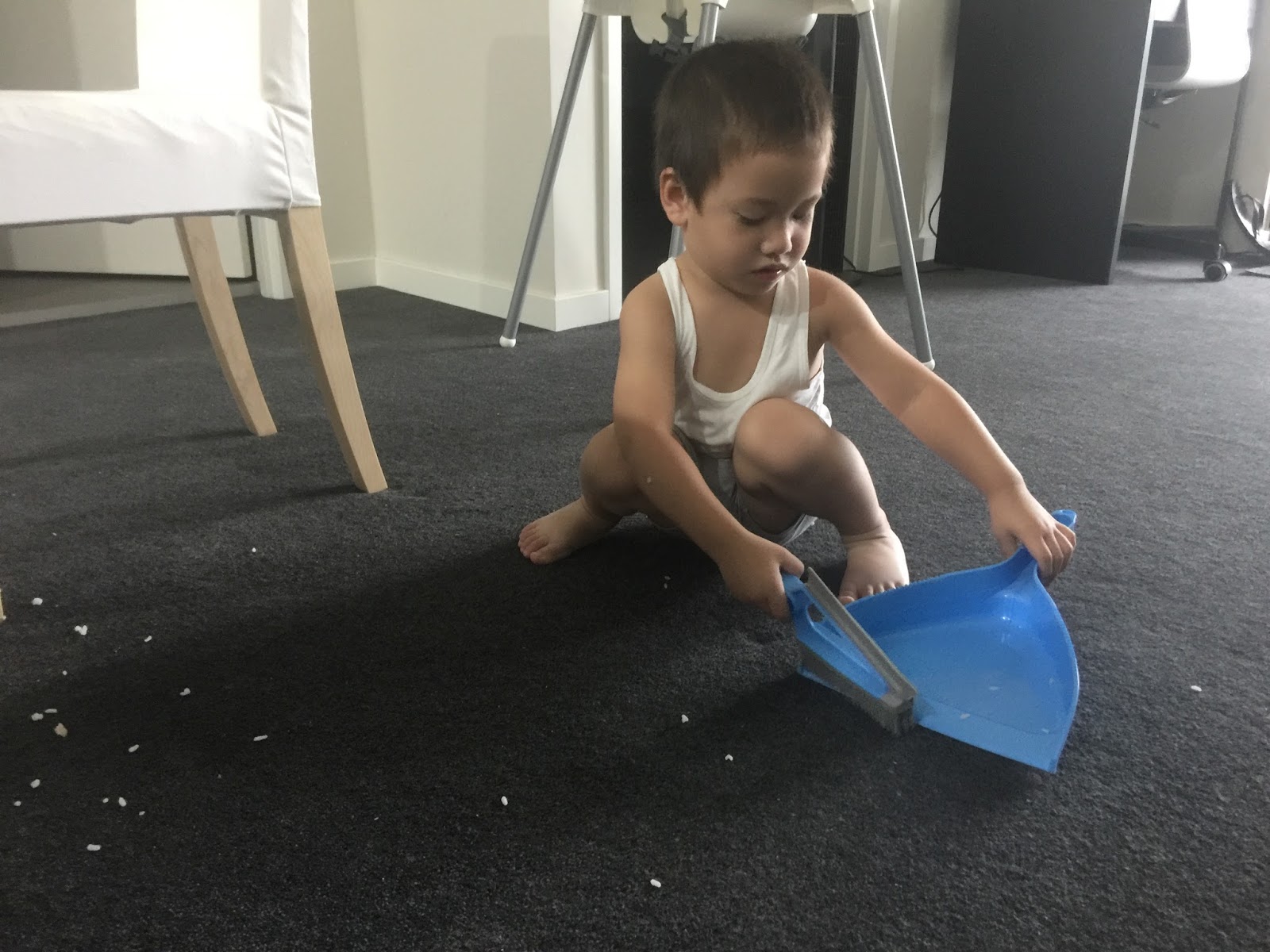 When your child understands the things he should and shouldn't do, things at home become a lot easier. It is hard to look after a child while doing other chores so when he knows that he has to do certain things or behave a certain way, things are easier. Instead of him bugging me in my chores, I involve him with the chores. He is always excited to put clothes on the washing machine, press the buttons to press and watch. He always looks forward whenever I call him to press the buttons of the dishwasher or the microwave, let him sweep the floor or cook. Though for him it's playtime, for me, it's an opportunity to teach certain things. 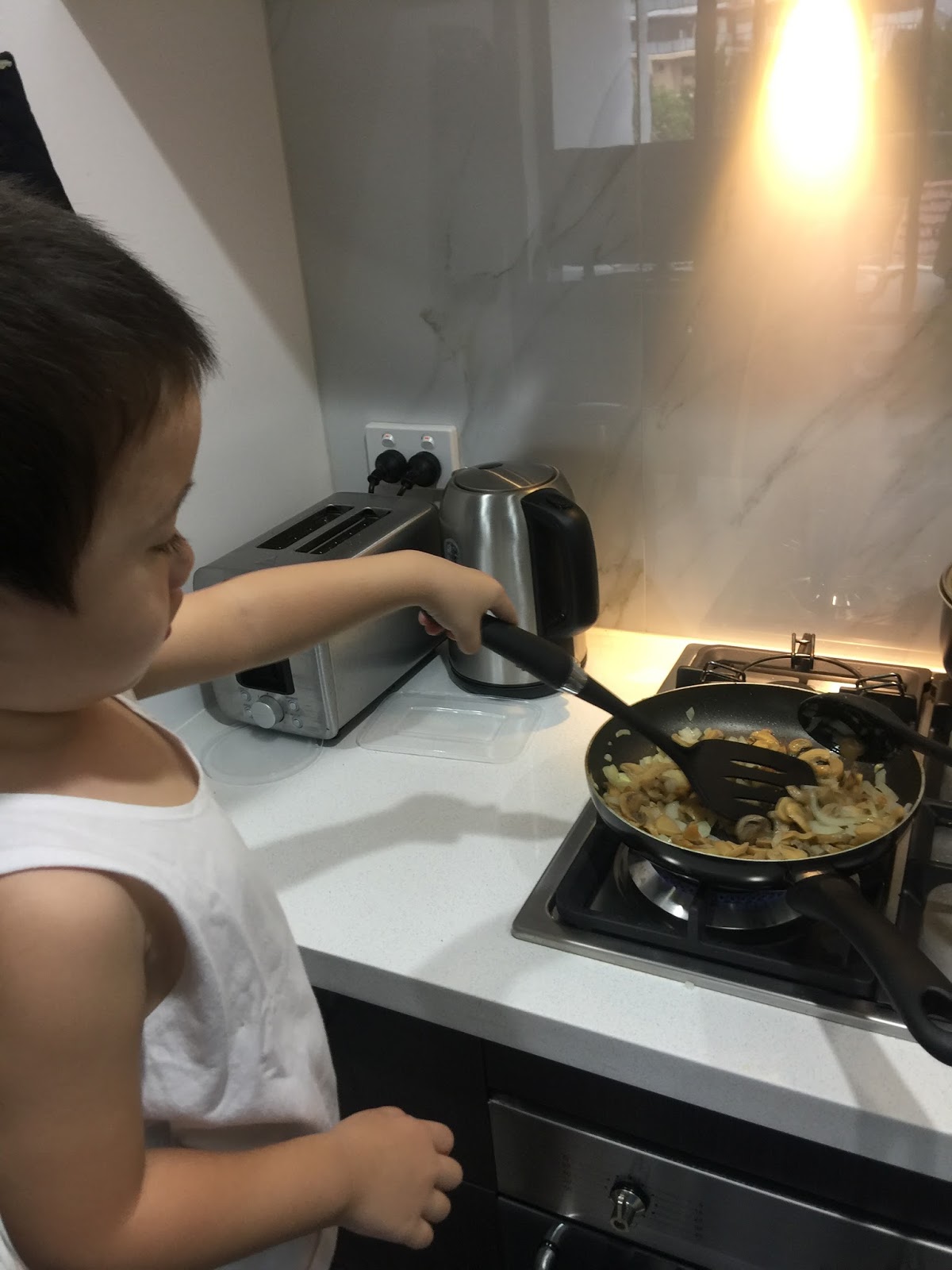 Still a headache, but a little less 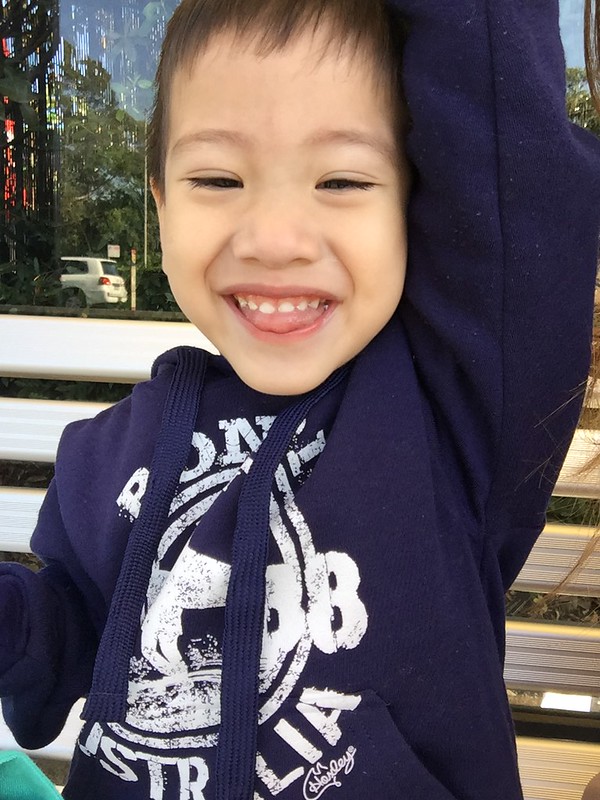 I've always thought that being a firm parent is not ideal. Now, I realized that it is. Being a little firm to Leon is helping us mold him in ways we know that is right. Leon is becoming more patient and understanding. Though he would still throw some tantrums every now and then, act out and cry over senseless things, Leon now knows how to soothe himself or stop when mommy explains to him what is wrong. We tell him how a certain doing makes us feel happy, sad, upset or angry. Then he realizes his wrongdoings and he would make an effort to make us HAPPY a There are times that things can get frustrating - he is not a perfect kid but seeing him improve so much is actually a huge achievement for me. 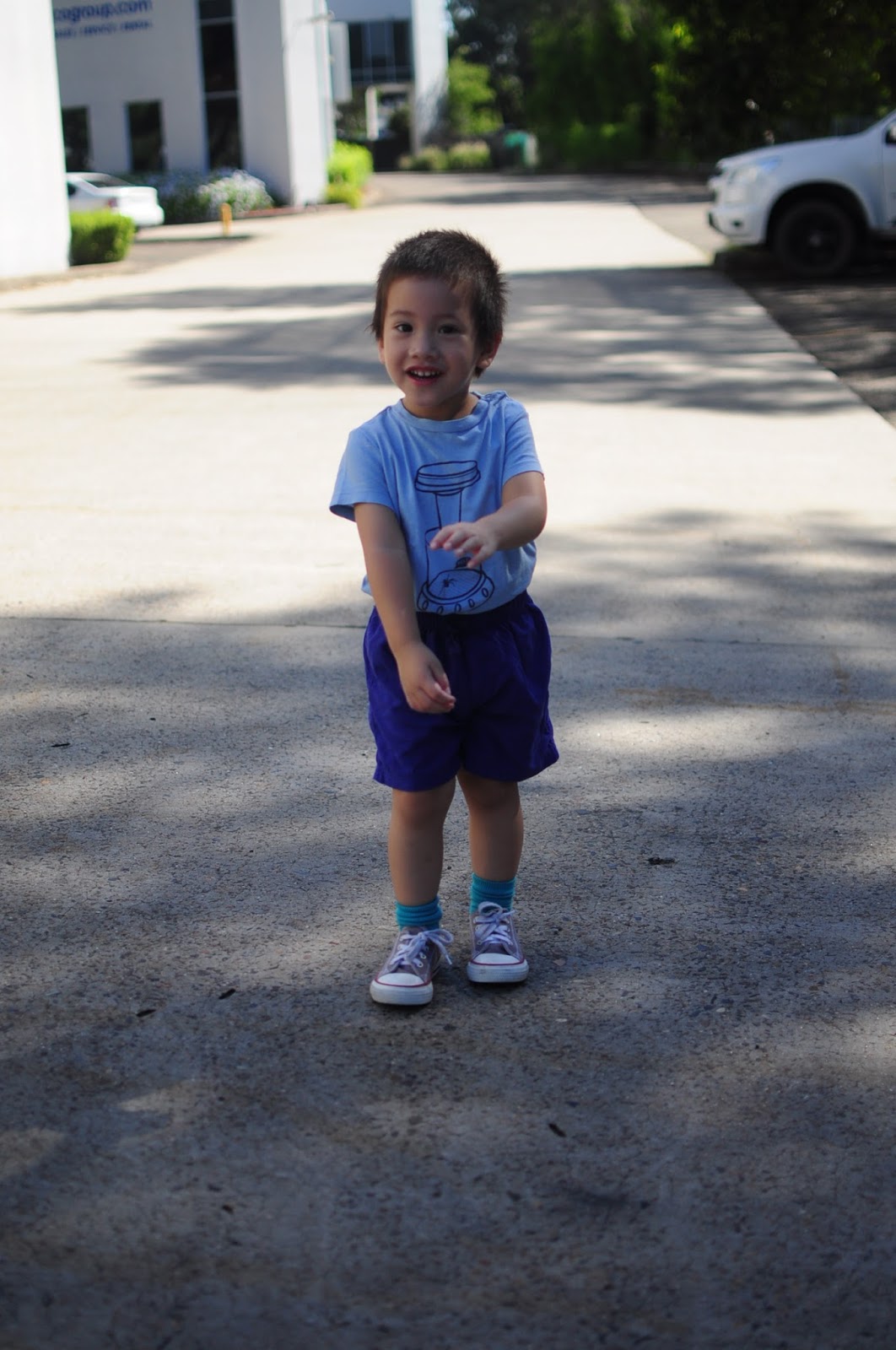