We Got Our iPad Fixed On Australia Day 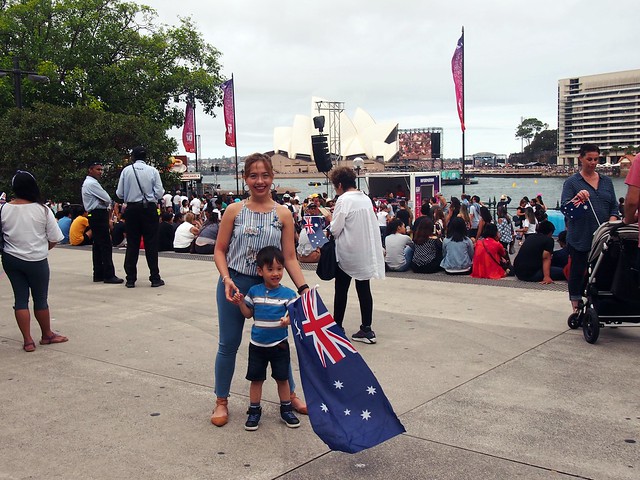 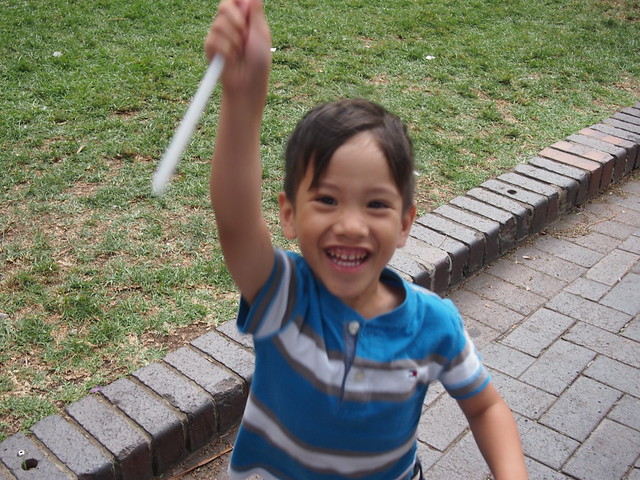 There is definitely a lot of firsts when you've moved to a new country. Your first birthday celebration, first Christmas, first new year - and the list just goes on. Having been here for exactly a year now, we've already a ticked a number of firsts off our list, - with the Australia Day celebration being ticked off most recently. 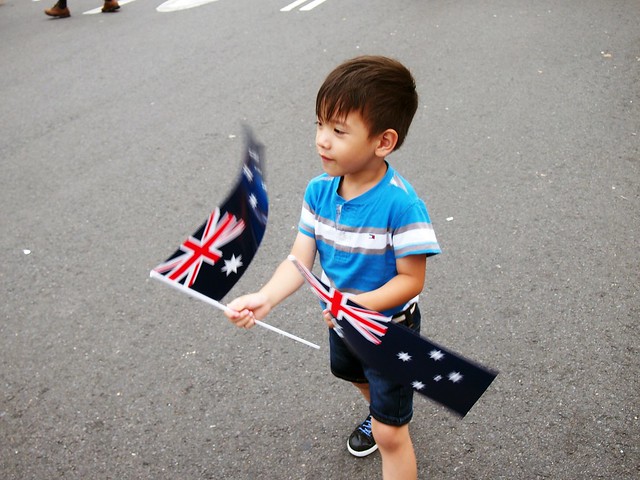 One of the realities we had to accept moving here was the fact that Australia has a few public holidays. Compared to the Philippines where we used to enjoy numerous (paid) holidays, we only have six. I get to enjoy a day off work only during New Year's Day (Jan 1), Australia Day (Jan 26), Good Friday, Easter Monday, Anzac Day (Apr 25), Christmas Day (Dec 25) and Boxing Day (Dec 26). Though there are other regional holidays, it is the company's discretion whether or not there is work. 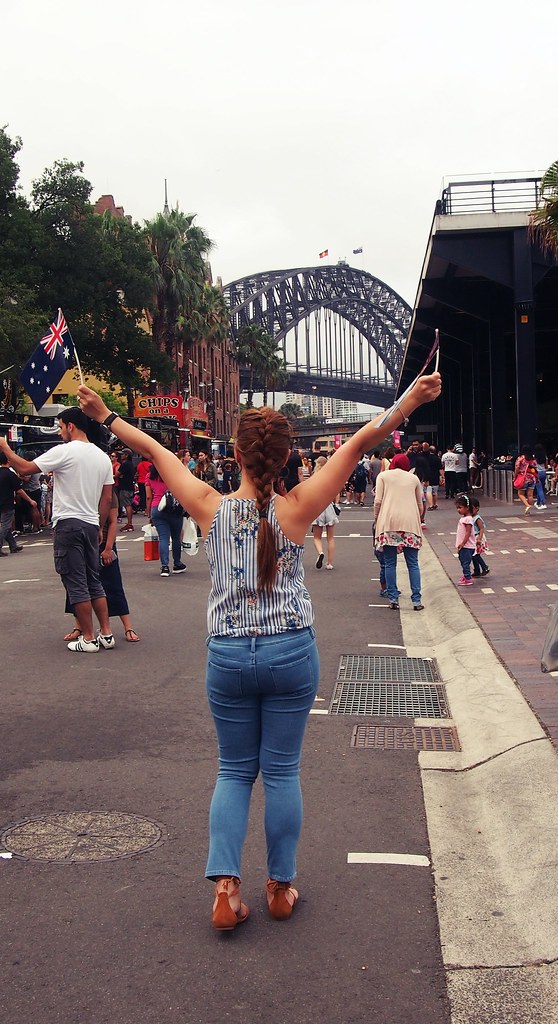 Anyway, the recent Australia day fell on a Friday which allowed me to spend a good long weekend with the family. Ganon pala ang pakiramdam pag hindi na madalas ang holidays or long weekends, talagang lulubusin mo. We had our long weekend planned - go to the city on Australia Day to witness the festivities and visit an interesting place in New South Wales, relax and stay for overnight  which we did, with much success. 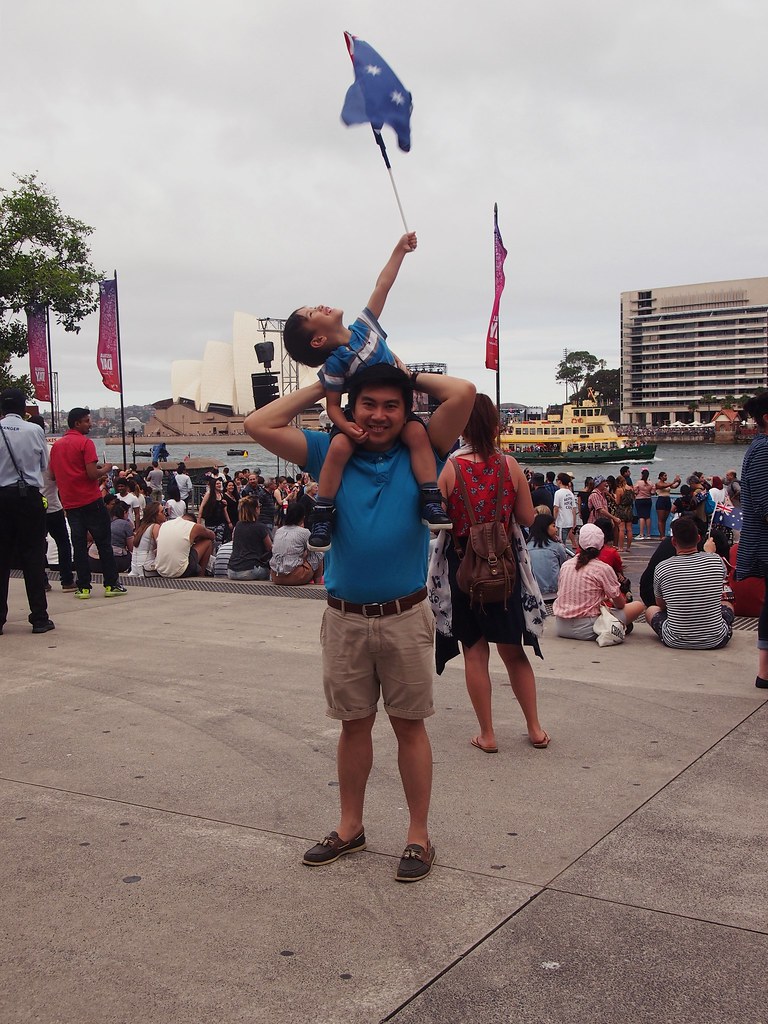 We never realized how festive the Australia Day celebration here was. Roads in the cities are closed to give way to all the people coming to Circular Quay (Sydney Opera House and Harbour Bridge) to witness the Australia Day concert and all the other events on the area. Other main cities had their own celebration which all concluded with their fireworks display. Some neighborhoods in the suburbs hosted their barbeque parties. Almost everyone were wearing Australian shirts, caps and waving Australian flags. The mood was happy, cheerful, and welcoming. 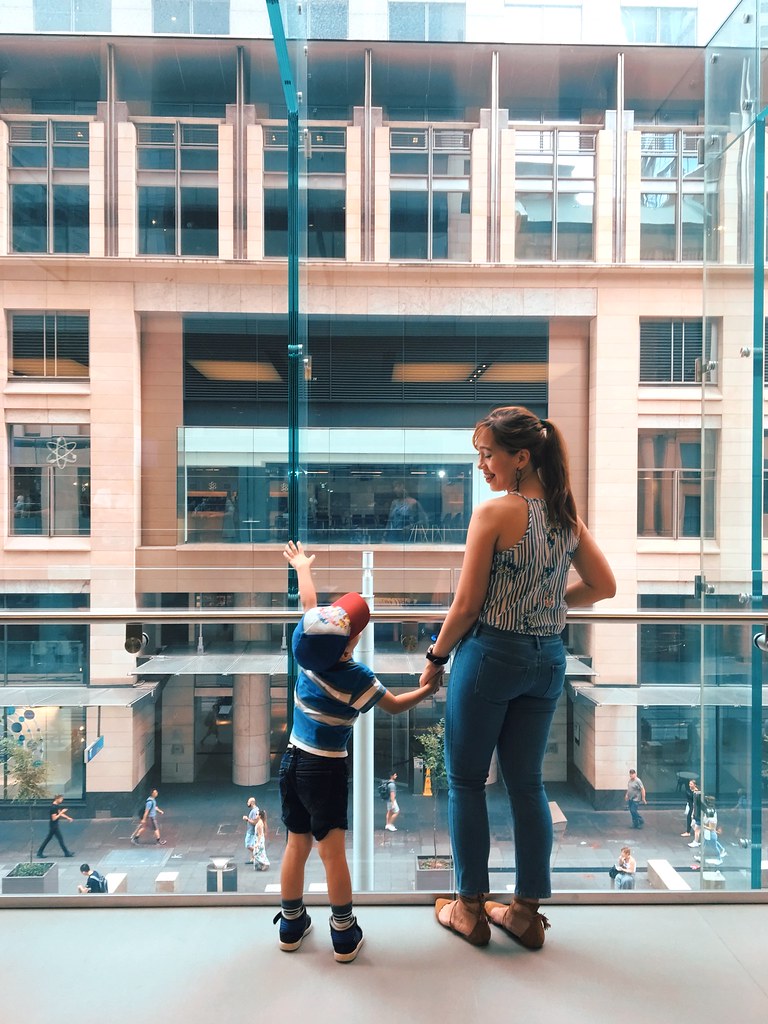 The view from the Sydney Apple Store

We went first to the Apple Store which was surprisingly open that day to have our iPad (that I dropped) fixed. Did you know that Apple does not repair broken LCDs or screens but replace them? Since I was at fault, I had to pay, with tears in my eyes $365 just to have it repaired? I was really feelng bad when I had to set an appointment with apple to have our less than 6 month old  ipad repaired for damage. I tried calling other stores but declined our request and insisted we go to Apple. Replacing our iPad with a model with higher memory made me feel less bad. At least. 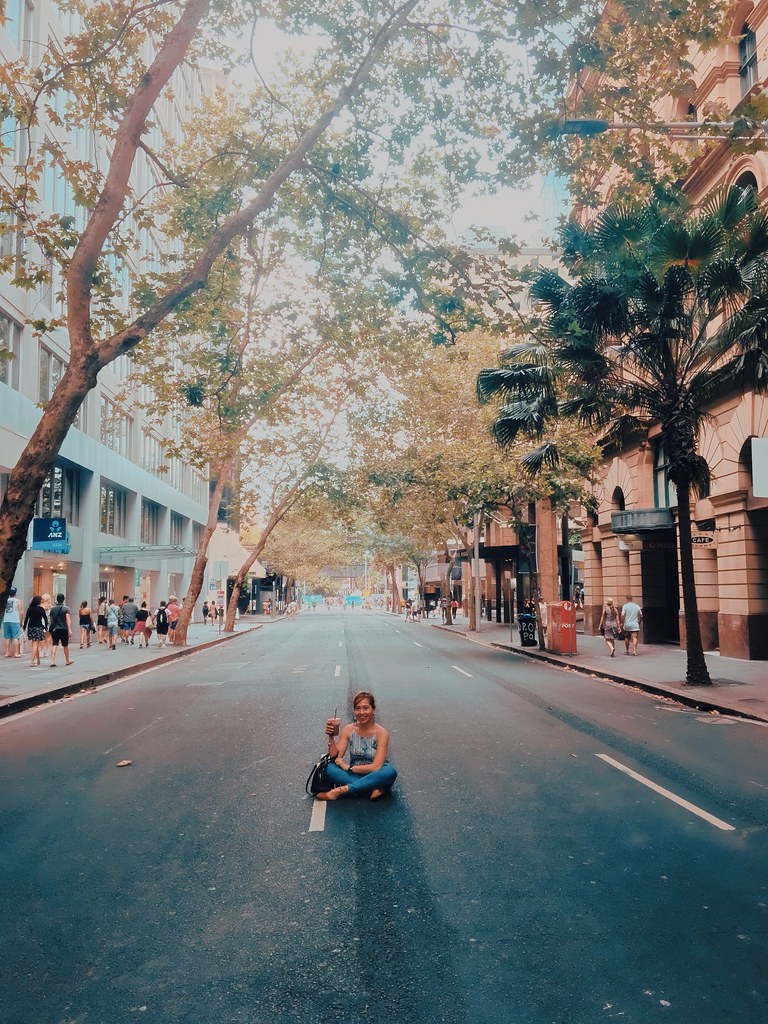 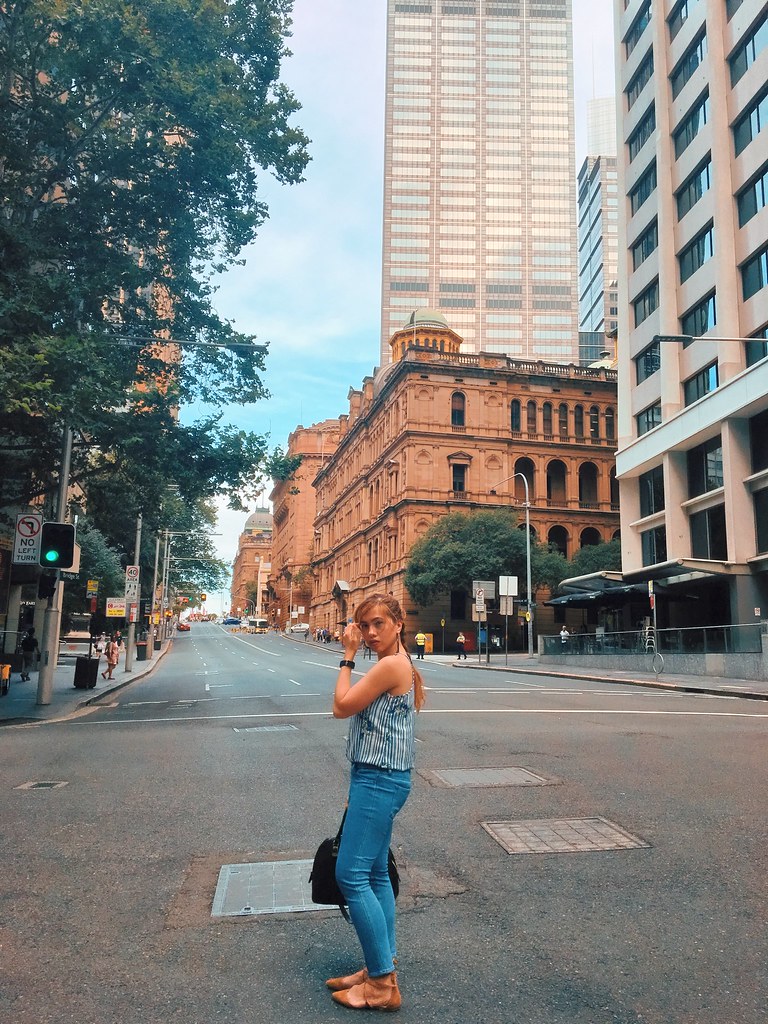 Afterwards we walked from (for a good 20 minutes) George Street to Circular Quay cause we were really curious ano ba meron pag Australia Day. With so many road closures, walking was a breeze that I was able to take photos in the middle of it. There was a swarm of people in the harbor, went hours early to witness the concert and the wonderful fireworks display at night time. However, since oour son was too exhausted that day, we decided to go home at around 6 and watched the event on TV. We were also able to watch the Parramatta Fireworks from our balcony. 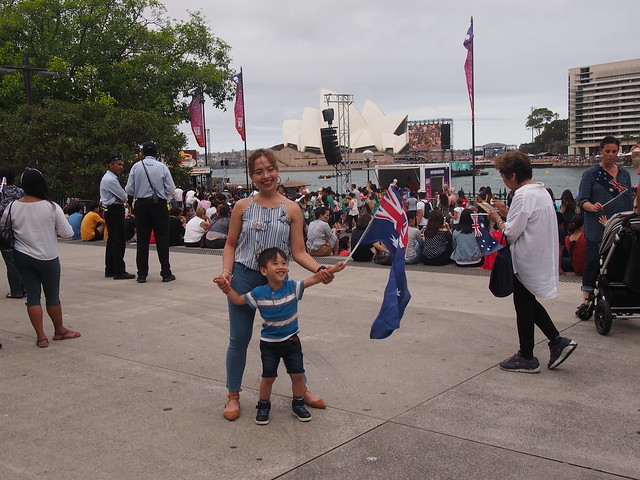 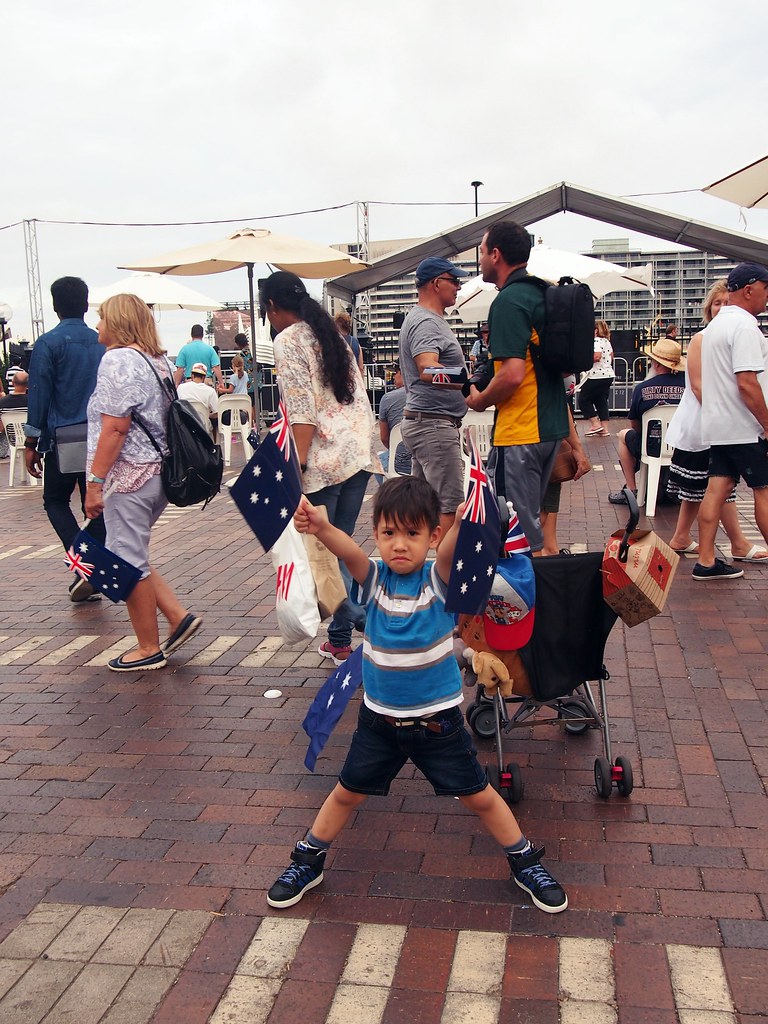