Because Getting Ill Is Always Unexpected 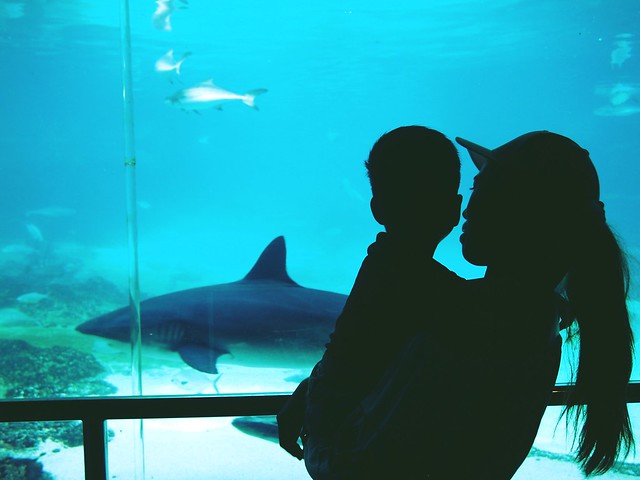 I remember we had to cut short our time in Sea World because Leon suddenly fell ill in the middle of our tour. We haven't even seen half of the park when Leon asked us to leave so he can go home and rest 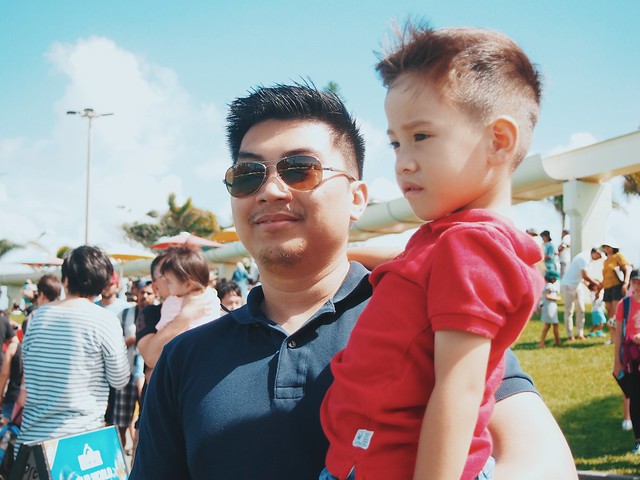 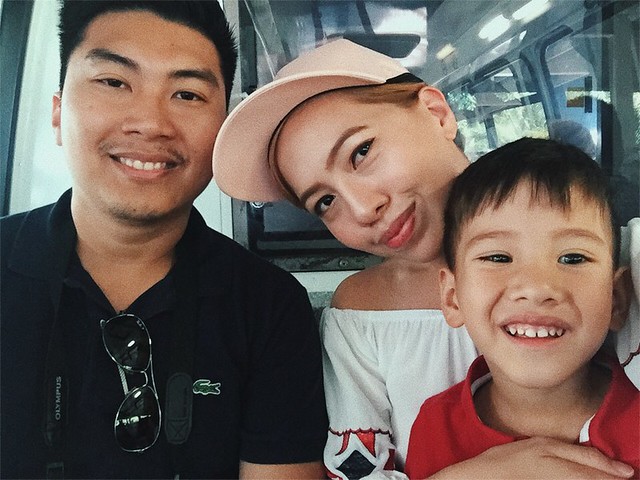 I was surprised that he literally begged us to go home. Leon is usually energetic and cheerful. He is that type of child who would fight his sleepiness just to play. Hangga't may nakikitang playground, maglalaro yan. He was even very excited while we were in Sea World. He was able to see a lot of attractions, a lot of sea animals, rides and his most favorite cartoon character of all - The Paw Patrol. Then, while we're buying his Marshall plushy, he complained that he was not feeling well.
But why? 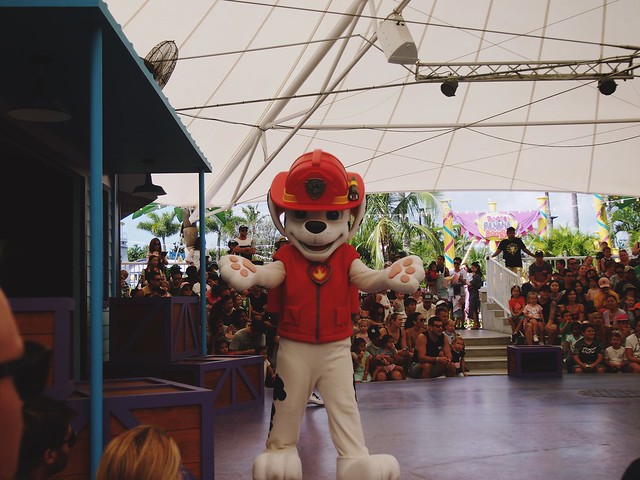 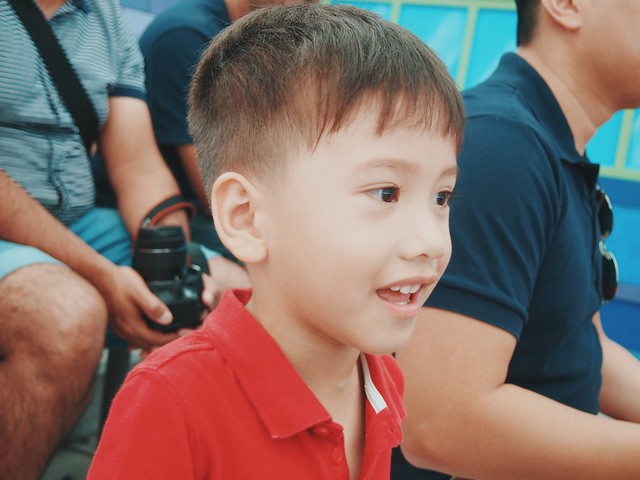 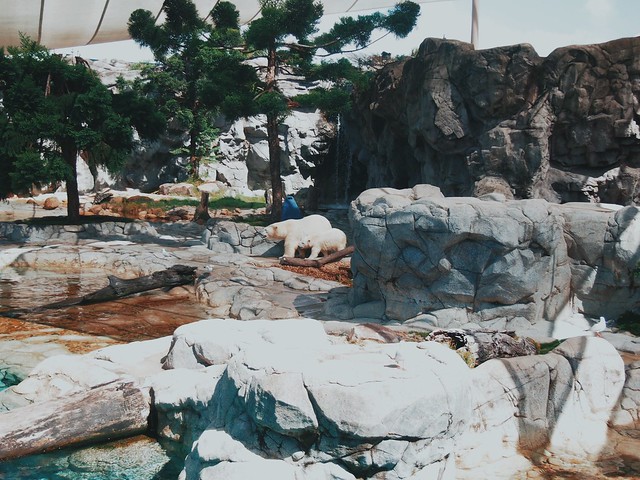 We could not explain our excitement when we saw these lovely polar bears up close and personal. How can they survive this hot weather here in Queensland? 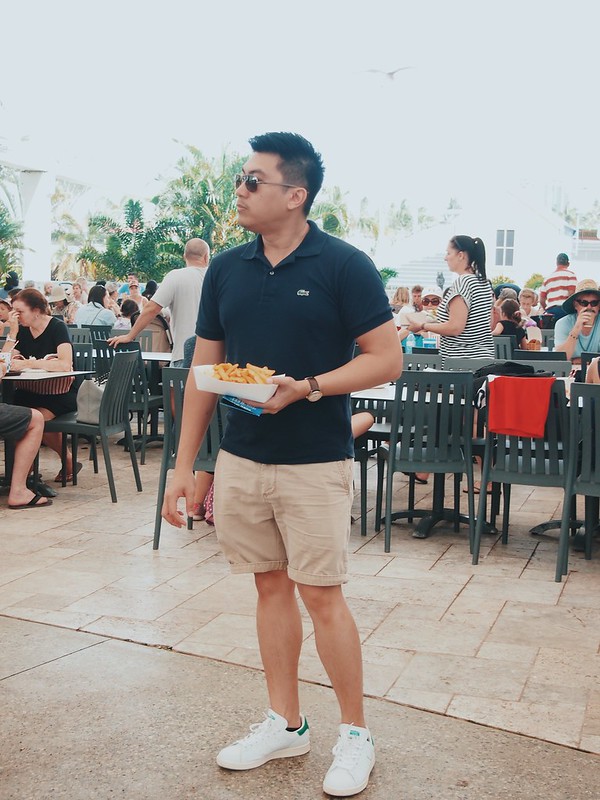 It was a long morning for us. We all woke up at 6am that day, had some breakfast and went to the beach. After a couple of hours we drove to Sea World to make the most out of our holiday. Leon, being so distracted, was too busy to eat. He also did poo that morning twice. Then we realized, he must have caught a tummy bug. Without having a good amount of food, and having an increased bowel movement, Leon was probably dehydrated that made him feel unwell. 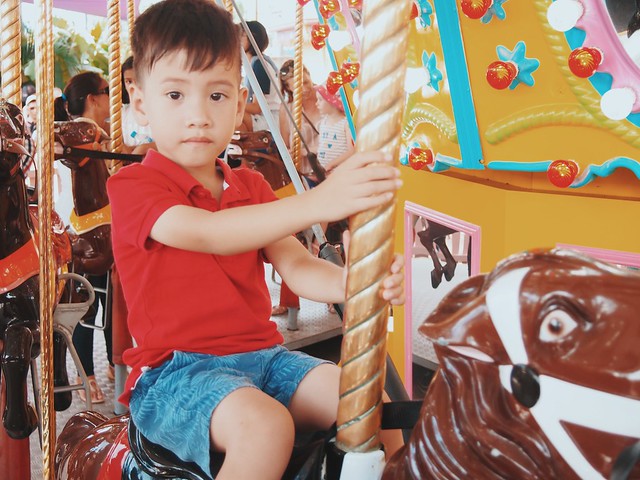 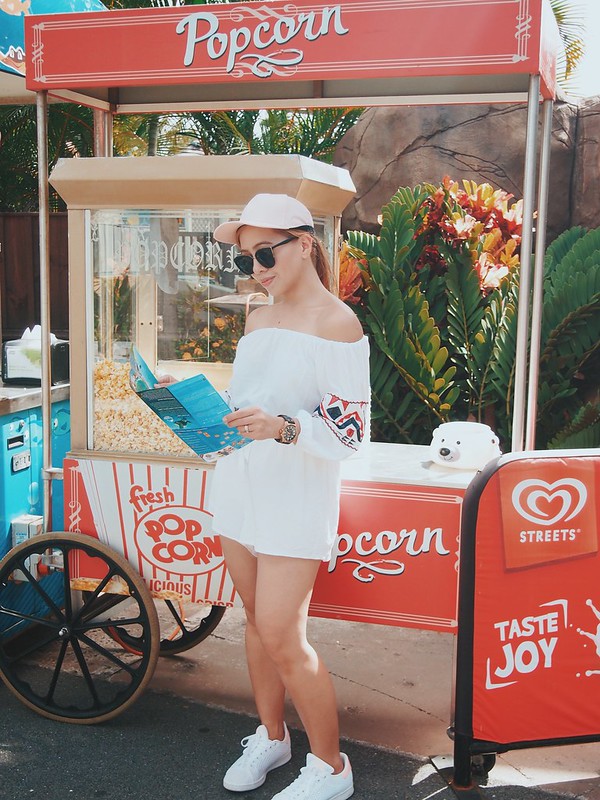 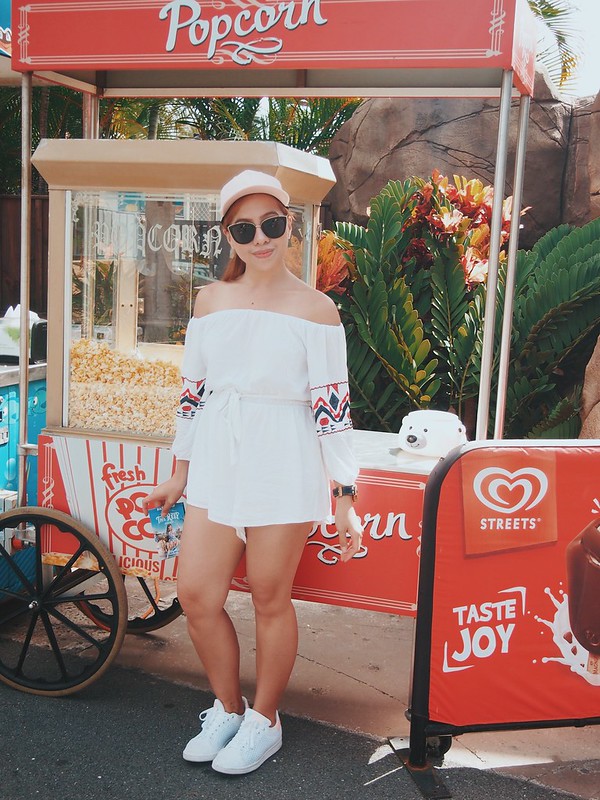 We were supposed to watch the Spongebob movie and play in the Spongebob Aquaplay area before Leon complained of being sick. With a litle sadness in our hearts, we have to deal with the situation and prioritize our child. I have to admit, I wanted to see more of Sea World and enjoy the nostalgia that I was feeling. We will always be kids at heart, wouldn't we? 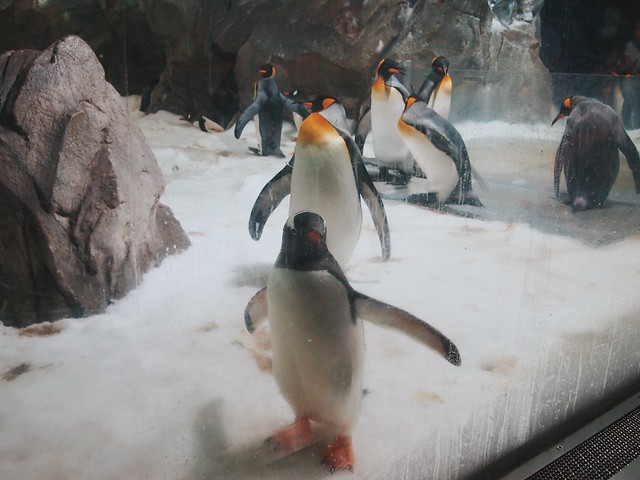 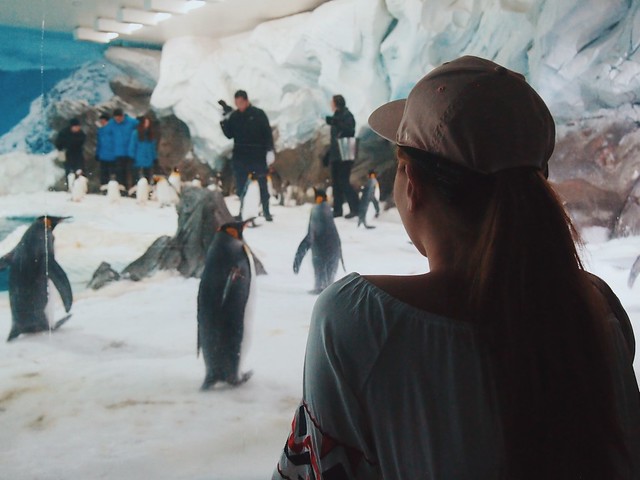 The second best part of our Sea World visit - to see the Happy Feet up close!

After an hour's nap and a good amount of water intake, Leon felt better when we get to our cousin's house in Brisbane. Kids have that impressive immunity that they can be really healthy now but be sick a minute after. And yet, even if they become sick, they are so strong that they can easily bounce back from it. Just like what's happening to Leon now. 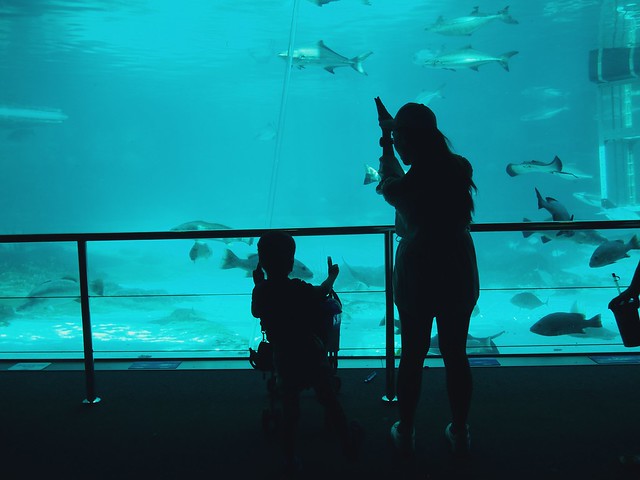 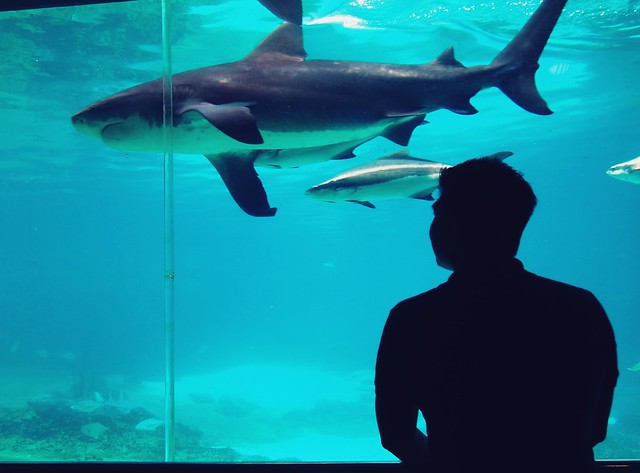 Leon has been down with fever for the past 4 days. As paranoid parents (because of what happened to him in the past) we brought him to the GPs every single day just to make sure everything is okay. As usual, in each of our visit to 3 different GPS, they diagnosed him with a viral infection. It was frustrating for us to hear the viral infection diagnosis as he was misdiagnosed before that lead to pneumonia that led to tubes being inserted into his body. Yet, despite having fever spikes of 39, doctors could not see anything physically nor hear anything on his lungs. It was not until yesterday after vommitting thrice and looking really lethargic, that we decided to bring him in the Emergency Department of the Westmead Kid's Hospital 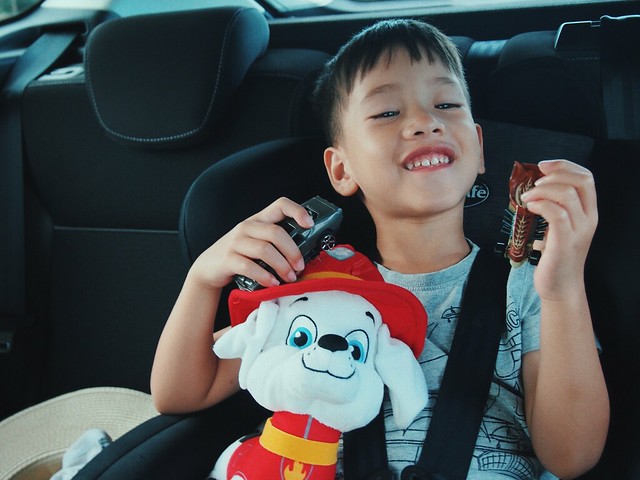 Here in Australia, you cannot easily go to a specialist, like a pediatrician unlike in the Philippines. The healthcare system here is everybody has to go to a General Practitioner who will try to manage your condition. If your condition worsens, or is too complicated, then they refer you to a specialist. You can only be seen by a specialist if you have a referral letter from the GP. In most cases, you have to wait for MONTHS to be seen by a specialist. If you require urgent attention, then you have to go to the Emergency Department. Which we did. 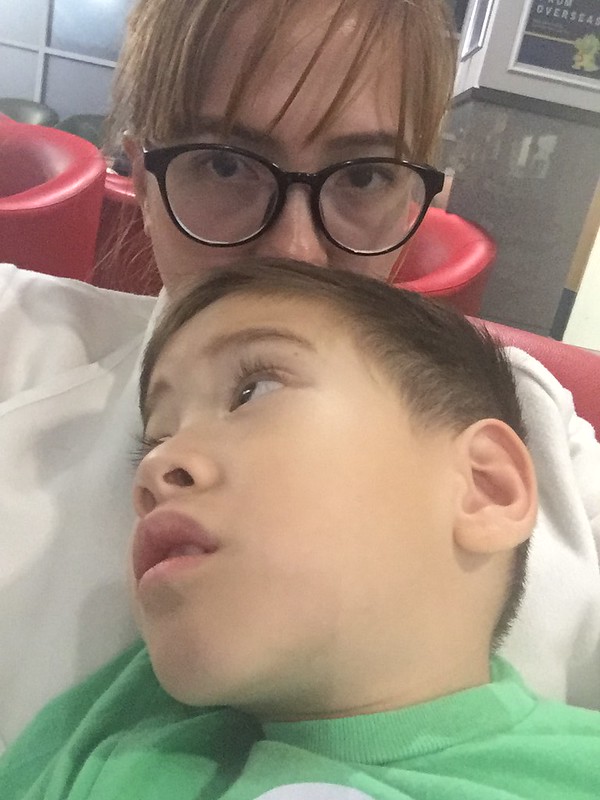 We waited for 3 hours in the ED just to be checked. Its not a first come first serve basis here. Its a most urgent to less urgent basis.

Anyway, after hours of waiting and Leon vomiting on the hospital floor, we were discharged with a viral diagnosis. The urine test resulted negative and his lungs sounded really well. He was diagnosed with gastroenteritis which caused the fever, the headaches and the vomits. The cause? He might have eaten something dodgy, just like what happened to him in Sea World.

Currently, Leon has now recovered from his sickness. While we were asking for an antibiotic prescription initially from the GPs alam mo naman sa Pilipinas, nasanay tayo na kaunting lagnat, antibiotics na - they were firm enough to hold off the script. They wanted the body to naturally fight the virus and let his immune system fight them on its own. With a heavy heart, we followed the advice but we really kept a close eye on him. Surprisingly, without the help of any antibiotics, Leon was able to recuperate with just fluids and rest. 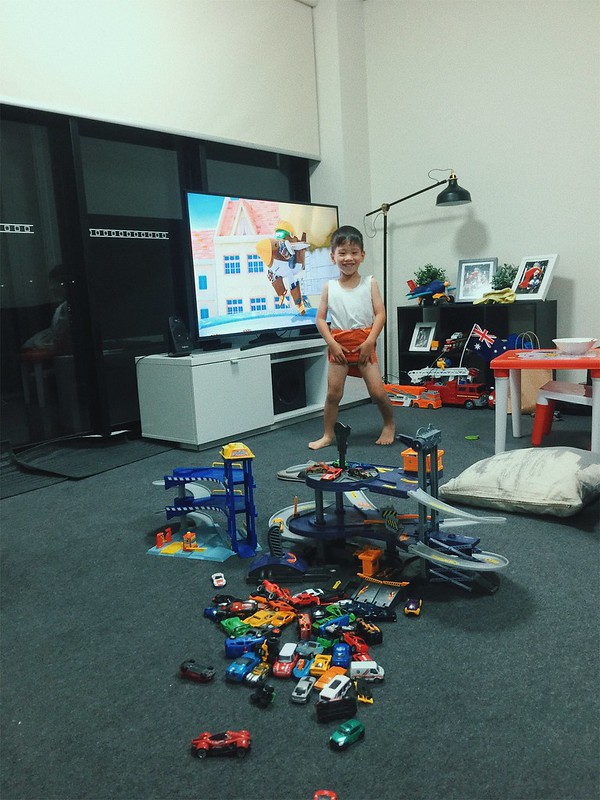 Anyways, we are just so glad that Leon has finally recovered and is strong enough to battle with a viral infection on his own. He might fell sick but it is a good indication that his immunity is in fact getting strong - I think. I am a little stressed though, cause I have almost finished all my sick / carer's leaves. 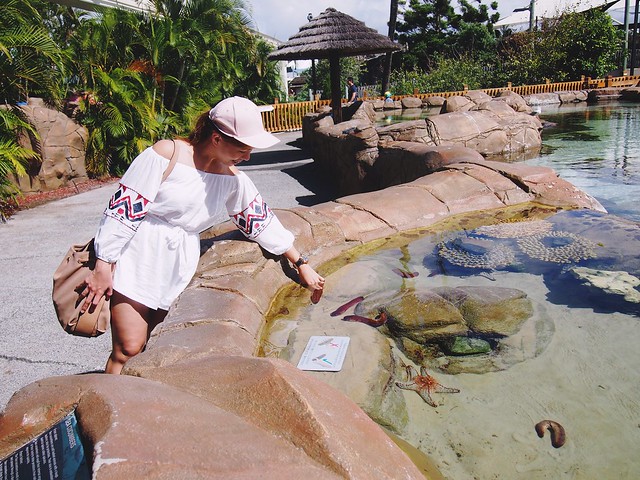 Leaving you with this happy photo of myself touching a sea cucumber. LOL

Much Love, The Mommy Roves