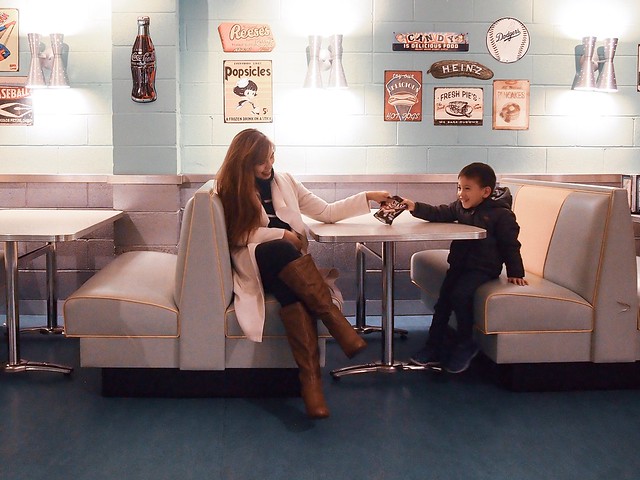 We cannot remember the last time my husband and I went to a movie house together. Without anyone to look after Leon, we just have to settle for Netflix. Sometimes we event rent from Google (for $6) and watch the movies at home. 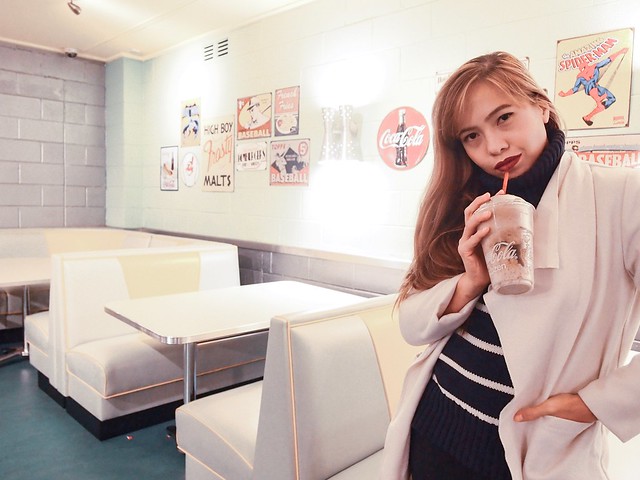 For mother's day, the husband thought of bringing me to Skyline Drive-In in Blacktown. It is the oldest (they are operating for more than 50 years now) and the only remaining drive-in movie in Sydney. We have been wanting to see Avengers Infinity War and when he found out that it is still showing in the drive-in, he immediately bought tickets online. Finally, we found a way to watch the movies with Leon actually with us. 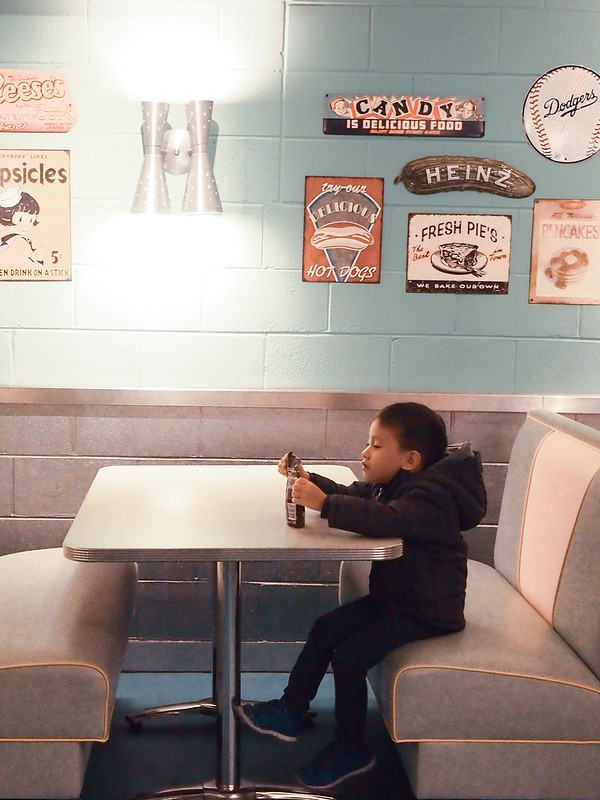 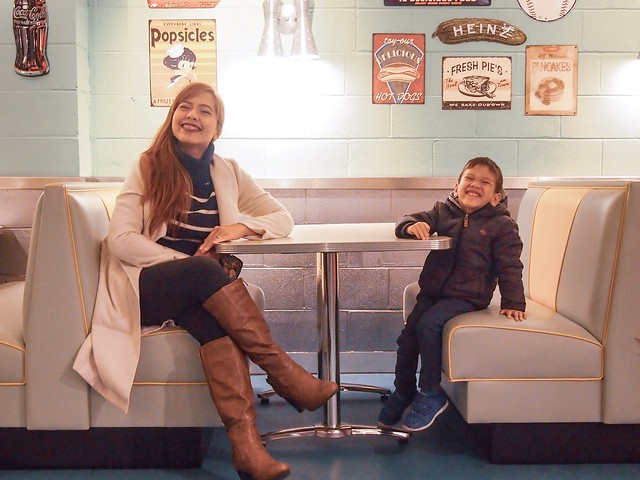 Located in Cricketer Arms Road in Blacktown, Skyline Drive-in is a huge parking spot that shows two movies at the same time. In the middle, was a diner that serves the perfect movie-food you can have - burgers, hotdogs, chips, onion rings, and of course bucketloads of soda and popcorn. Arriving 15 minutes before the film, we bought our food in the diner which has that Pop's at Riverdale vibe. Unfortunately, though, the red lights in the diner were turned off when we were there. Could've taken better pictures, honestly. 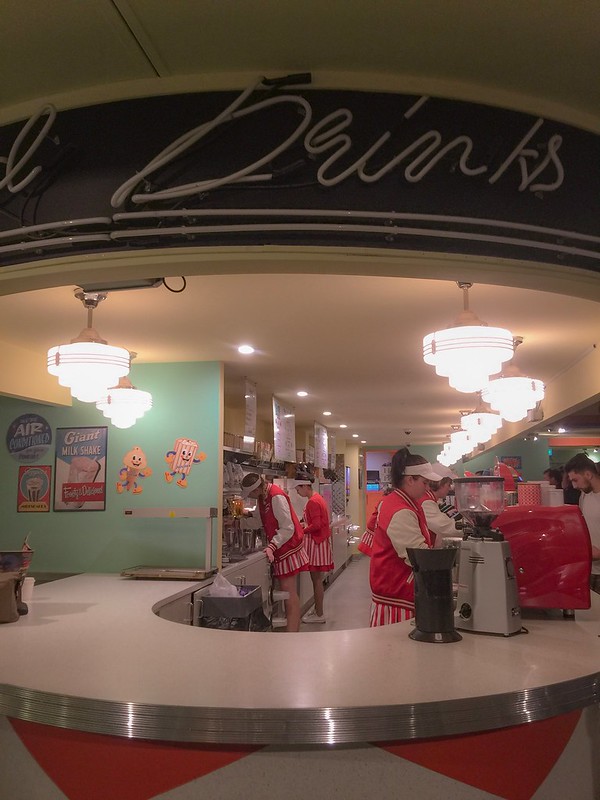 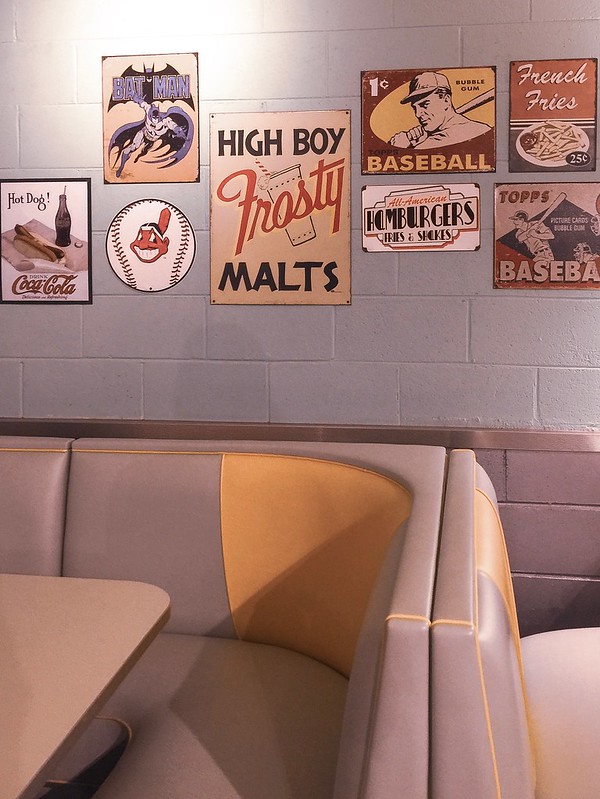 The overall experience was indeed fun. I only see drive-in cinemas in the movies and I couldn't believe that I was experiencing it, first hand. Since it was cold, we stayed inside the car, munching on all the comfort food we brought from the diner - hotdog, pulled pork burger, potato chips, onion rings and sweet potato chips. Leon was scared of the film - he gets scared when we watch any superhero movie at home so he just played with the iPad and watch his favorite Cars 3. For you to hear the sounds, you have to tune-in to a station where they will transmit the music. Hence, you have to leave you car turned-on throughout the entire film. Note - the film ran for more than 2 hours. 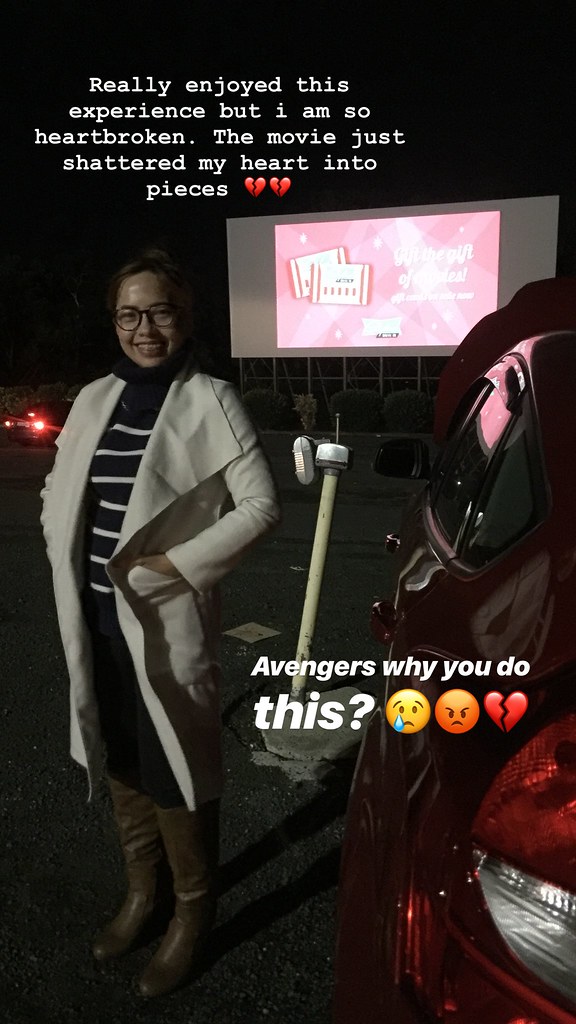 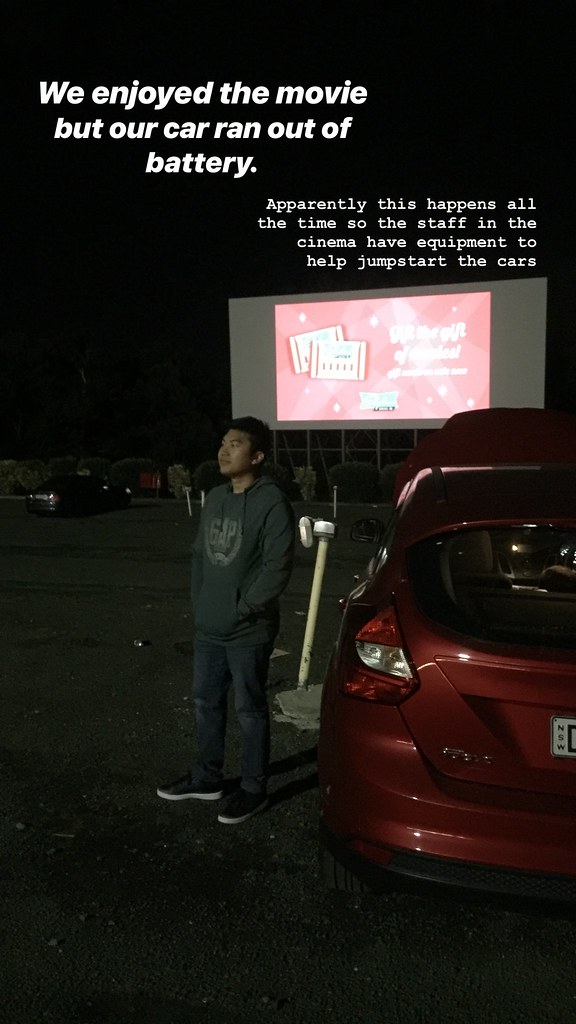 What we did not expect though is it will actually drain our car battery. Once the movie ended, we attempted to start the car but it won't. Apparently, the car battery was drained because we left the car turned on without the engine running. That's when we realized why we see other cars flicker their lights several times during the movie - they were actually starting their engine. But how? We thought it's not allowed to keep your engine running while parked. I'm so confused. 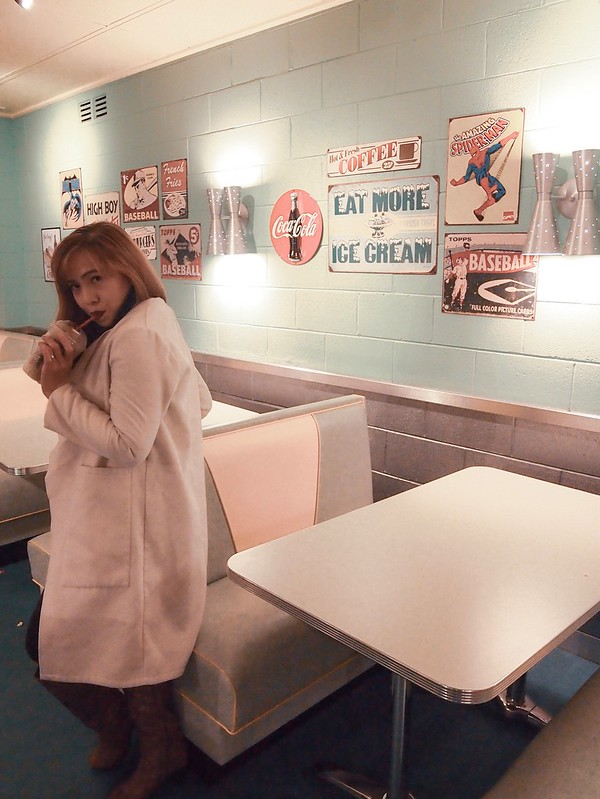 Anyway, since it happens all the time in the drive-in, the staff have the equipment to help jumpstart the cars. Another twist - it helped start our car but it somehow broke it. Once our car started running, an error message was on the dashboard. It won't change gears and won't run beyond 50kph. Good thing our best friend, Pen lives nearby and he came for help. Though our car was not fixed that night, he drove me and Leon home while Paolo struggled to drive at 50kph. We drove to side streets for we would be violating major traffic rules driving lower than speed limit. 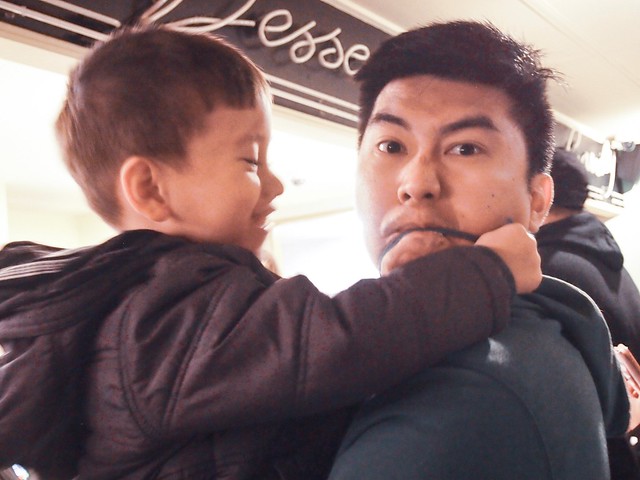 Our car is scheduled for repair in Ford this week. I think the charged was beyond the car's capacity and it tweaked something in the computer system (I am not a car expert so I would not dwell on this, lol). But they say it just an easy fix. 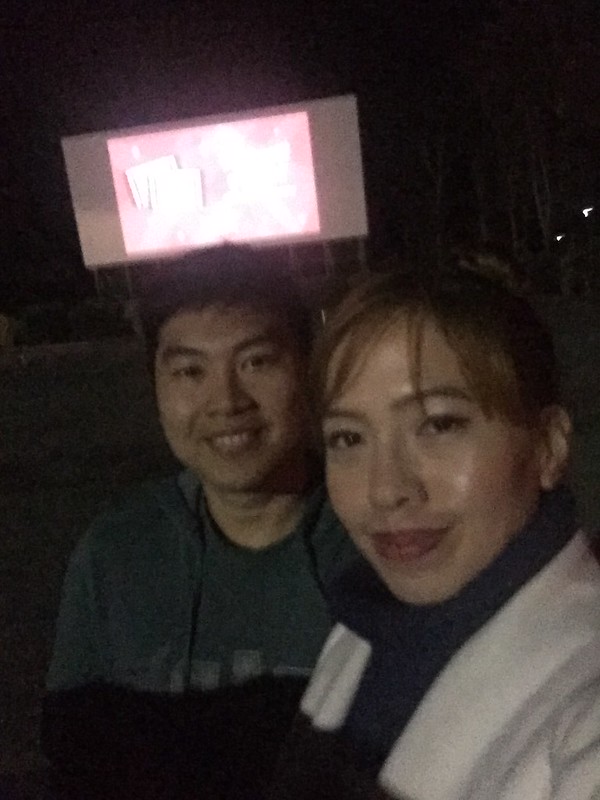 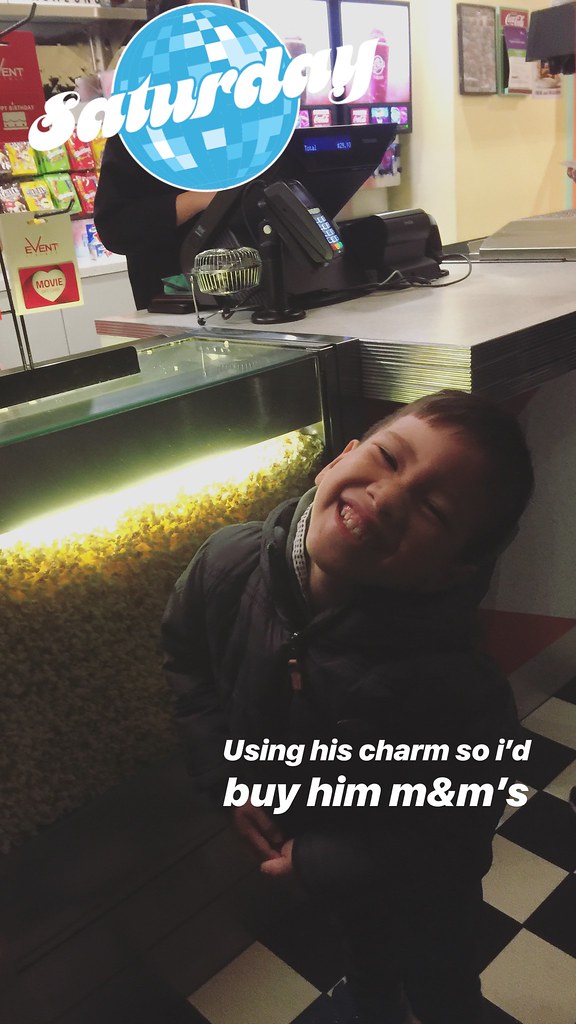 Even if things went south that night, I would say that the overall experience is still one for the books. It was a fun, new and refreshing. We were able to watch Avengers (and finally able to relate to all the heartbreaking tweets and FB statuses) with Leon with us. We were able to experience watching a movie in a drive-in  cinema and eat great comforting diner food. We just need to be more careful next time and find ways to make sure that our car's battery wouldn't run out.

(Some photos are saved from my insta stories. Saved them on my highlights, on @themommyroves)