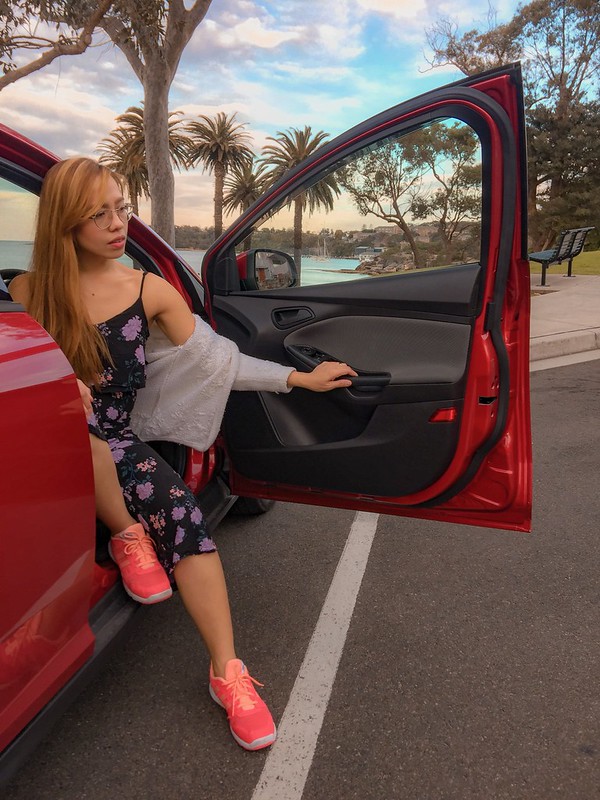 This week Paolo and I came to a decision to finally get myself a driving instructor. For several months now, Paolo has been teaching me how to drive here in Australia but I don't seem to progress as fast as I expected. Don't get me wrong, I know how to drive. In fact, I have been driving in Manila for the good 9 years I was working as a medical representative. Ika nga, laman ako ng kalsada. Yet, upon moving here in Sydney I had to learn a completely different driving behaviour. Cause seriously, no matter how good of a driver you are in Manila, driving in Australia requires a lot more patience, respect and discipline.

Converting our Philippine License To a Full Australian Driving License
Since Paolo and I are on a working visa, we are still considered as temporary (or "foreign" residents). Due to that, we are allowed to use our Philippine Driver's License as long as we remain temporary residents. Yet, as we are on the process of applying our permanent residency, we have then decided to get our Australian license. Also, we also wanted to have our valid Australian ID hence the decision to apply one. Since the LTO license is recognised here, we able to convert our license straight to an Australian license as long as we are able to do the following:
1.  Have been driving / holding the passport for more than 3 years.
2. Pass the Driver's Knowledge Test (DKT)
3. Pass the Practical Driving Test 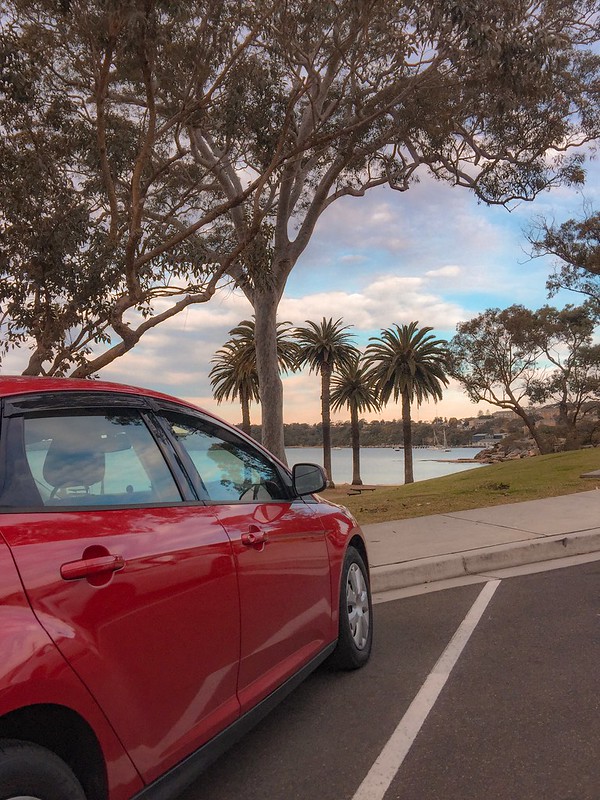 Honestly took me a year to actually try driving here in Australia. I am so intimidated with the overwhelming rules that I seem to not understand until I actually studied and read the handbook.

*In Paolo's case, the Roads and Maritime Services were unable to recognise his license (Nagbago yata ang hitsura ng ID natin from their reference) so he was asked to submit a certification that came form the Philipines. We had to authorize our mom-in-law to get a copy back home and send the document to us here in Sydney. After getting his certification, he was able to pass the DKT exam followed by passing the practical exam a couple of weeks later.

*In my case, my driver's license was expired by the time of my application for an Australian license. My ID was recognised straightaway. I was able to pass my DKT , which I had to do on a service NSW branch. Kailangan perfect score sa DKT if not, automatic fail. Since my LTO license was expired, I was given a Learner's license so I can drive in Sydney while I prepare for my driving test.


Getting The Full (Unrestricted) Driver's License
All people will have to get their learner's license first before getting their full driver's license. Learner's license holders like myself are only allowed to drive the car if we are supervised with someone with a full license. Ideally, learners must complete 120 hours of driving then obtain a P1 (Provisional) Licence. For 25 years or older, they can convert straight to P1 by just passing the driving exam. Being on provisional license will allow you to drive alone in the car but with many rules and retrictions that I don't and I can't elaborate. All I know, is after L, you go to P1, and then P2 and then finally your full and unrestricted driver's license.
Ang daming steps no?

Good thing I don't need to do that. Since I have been driving for so many years all I need to do is to pass the driving test.

The very difficult driving test. I know someone who had to take the exam 8 times before passing. 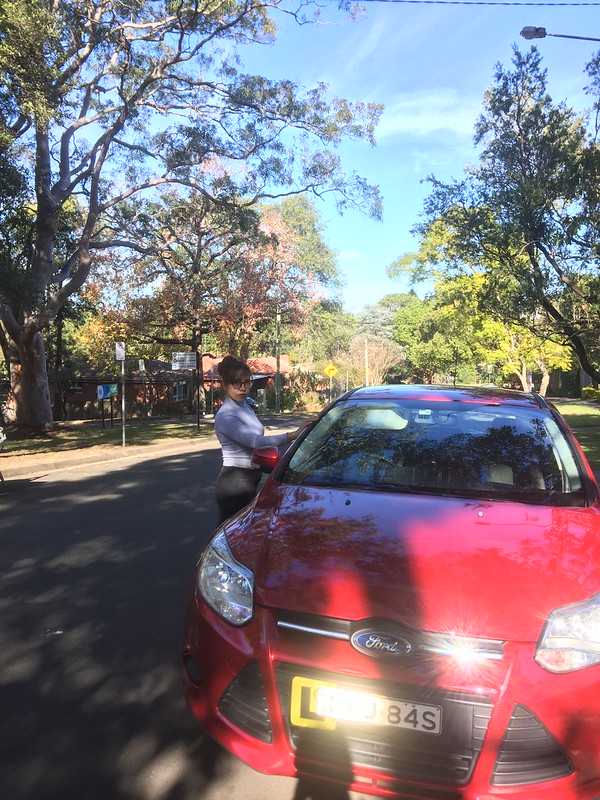 L Plates must be displayed on the car if the learner is driving. Same as with the P1 and P2 holders.

As I've said earlier, Paolo has been teaching me since he got his full Australian license. I must say, it is so hard to drive in a road with so many traffic rules - written and unwritten rules to abide by. Sanay kasi ako sa Pilipinas na ang golden rule ay basta wag bumanga. Here, it is a completely different story. You have to respect other cars that are on the right of way and at the same time assert your right as someone who is driving on the right of way. Bawal huminto sa bawat kanto, bawal huminto kung may parating sa kaliwa o kanan kung ikaw ang nasa main road, dapat huminto sa daan na may give way sign kahit ikaw pa ang nauna sa kanto dahil pagbibiyan mo ang nasa right of way. Palagi mong gagamitin ang left at right inidcators mo mo sa bawat change of lane at susundin mo ang speed na nakaindicate sa speed limit, lalo na sa school zone at school hours. Higit sa lahat, always keep a 3 second or 1 car distance from the car infront of you.

Those are just one of the many rules that overwhelmed me as I am learning to drive here. Aminin, hindi naman tayo ganyan sa Pilipinas, diba? Ang style sa atin, hangga't pwede sumingit, singit. At may sumusunod ba sa lane?

I am also pressured to get my full license as the train  take going to work is closing in 30 days. My 3-hour commute time to and from work might get longer and I worry about my pick-up time at Leon's daycare. Hence, to make my learning fast (and para di rin kami magaway ni Paolo) we hired an instructor. 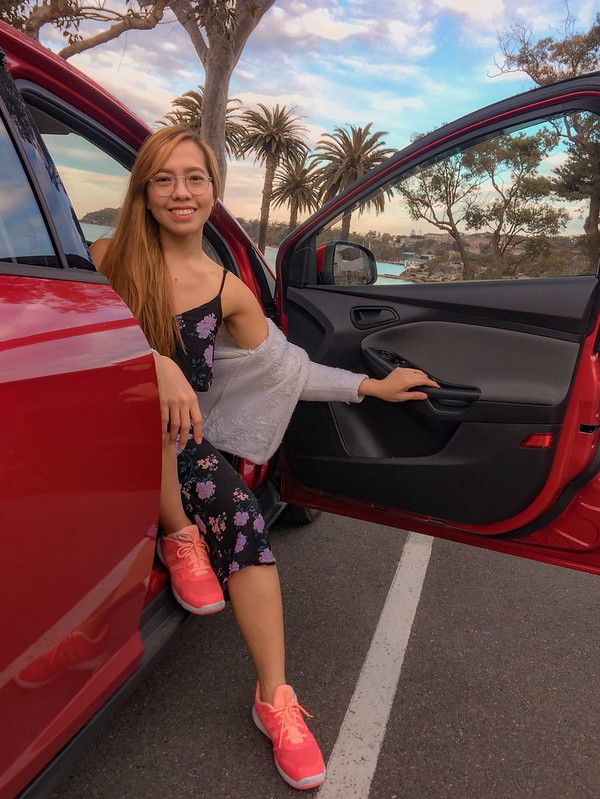 My lovely Indian instructor, Kalpesh has been nothing but helfpul and patient to me. In fact, he was so impressed with my driving that he felt that he can entrust me to take his car anywhere. But after observing me for an hour, he knows that I will automatically fail the exam. Here are the top reasons why:

1. Failing to do the proper head checks.
Apparently, it is not enough that I glimpse on our side view and rear view mirrors each time I turn or change lane. The instructor expects the driver to deliberately move your head, look at the rear view mirror EACH time I press on the break. Move my head and look at my side and shoulder each time I turn or change lanes. Very important and shoulder look dito.  Kulang ako nito. Kailangan daw makita ang movement ng ulo.

2. Abruptly turning, especially when parking on the kerb
funny how we call gutter the kerb (yung mataas na part sa gilid ng road) where in fact the gutter is actually the part where the water flows. Anyways, when my instructor asked me to park on the kerb (parallel parking sa daan), he was so shocked to see me turning abruptly and almost hitting the kerb and gutter. Parking should be smooth and slowly, and if possible be done in one move. I tend to move on the side and correct myself after by reversing and taking my time. Mali pala yon. Automatic file. Nasanay yata ako na laging nagmamadali sa Pilipinas na kala mo mauubusan ng parking.
3. Impatiently driving on Give Way and Stop Signs
Sobrang hirap alisin sa sistema yung pag nasa kanto ka, at ikaw naman ang nauna at malayo pa ang sasakyan ay pwede ka na tumakbo. I have been reprimanded several times on this instance becasue being on a give way sign means waiting for the roads to clear before you proceed - kahit abutan ka pa ng syam syam. I still forget to do a full stop on a stop sign . On intersections with a stop sign,  I have to do a complete stop, count 1-5 and if safe, proceed.

4. The Roundabout Challenge
The beauty of the roundabout is it is actually designed for cars to move smoothly in traffic. Hindi ko ba alam kung bakit sa Pilipinas e wala tayong rule sa paggamit ng rotonda. Anyway, in the roundabout, if there is a car inside the roundabout and approaching the roundabout from your right, they have the priority - you are not allowed to enter the roundabout. If eveything is clear, proceed. I know this rule on top of my head but seriosuly having a hard time to apply it. Baka siguro mabagal ako magobserve sa daan kaya ang gulo gulo ko.

5. Hands on the Steering Wheel
On the exam, both hands should be on the steering wheel and should be moving fluidly while you drive  (10-5, 2-8). Never should it leave the steering wheel at any cost. Bawal and one hand and underhand driving whilst taking the exam. Kalpesh has noted me using only my left hand (kahit dalawa naman kamay ko sa manibela) and can see my right hand not moving at all. Even Paolo got a minus point when he scratched his nose and adjusted the aircon while driving. Kailangan, before you drive, the car has been set, seats and mirrors adjusted, aircon turned on on the ideal temperature. Ang daming rules, ano? 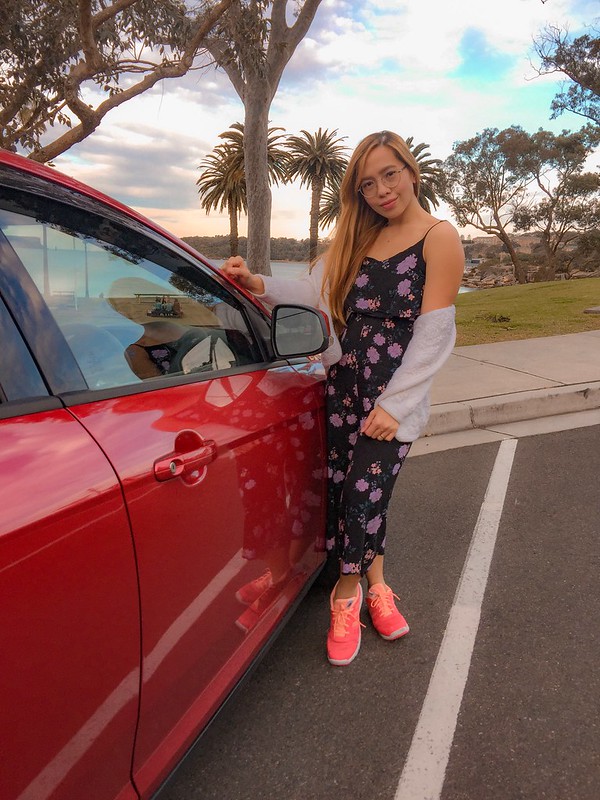 Feeling a little proud cause after two formal driving lessons and countless Saturday sessions with the husband, I drove the family the around Sydney today - from Rosehill to Epping to Balmoral Beach and back home.


Anyway, those are just some of the many things  I need to work on. It is frustrating for someone like me who has been driving for years to be "learning" how to drive again. It is definitely easier to drive here in Australia - wide roads, smooth flowing traffic, relatively disciplined drivers but there are just so many rules to follow. Hindi pwede yung Pinoy style na singit singit at cut. You have to be very patient on the road.

And did I say I hardly ever hear the horns here? Drivers are not allowed to honk for no specific reasons and they can be fined. They are only allowed to horn if the car in front is causing real delay or trouble on the road. And apart from the driver, the instructor is not allowed to hold their phone too! 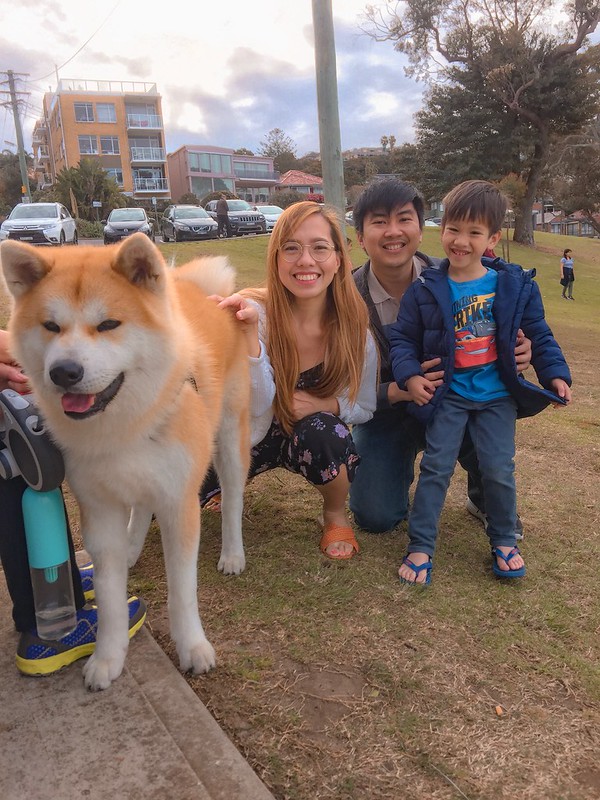 Sharing this family photo we have in Balmoral Beach. We could not resist taking a photo with this Hachiko looking dog. 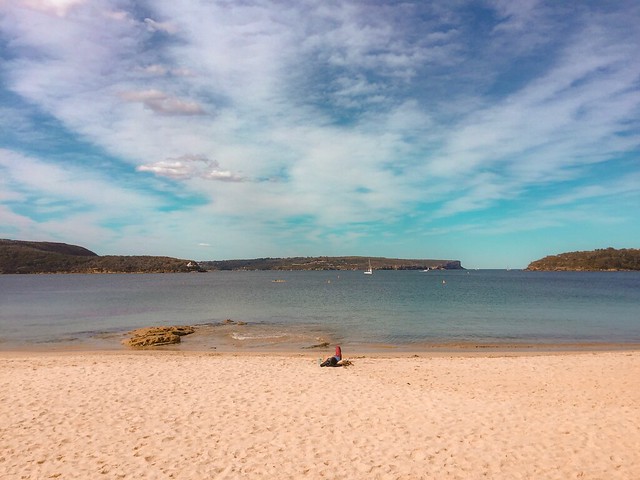 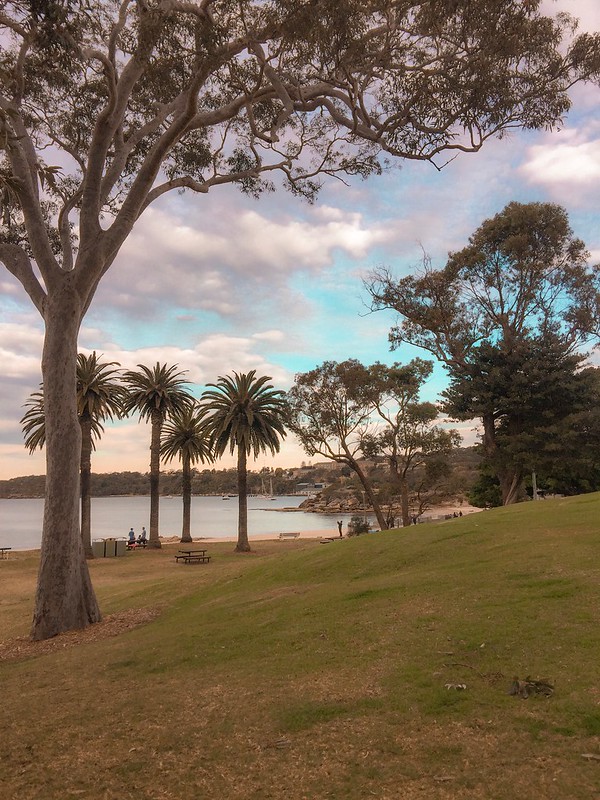 Balmoral is such a beautiful place. Love how we can just drive around New South Wales and be in a beach in half an hour.

Just in case, my outfit details:

Hope you liked this post and learned a little something!